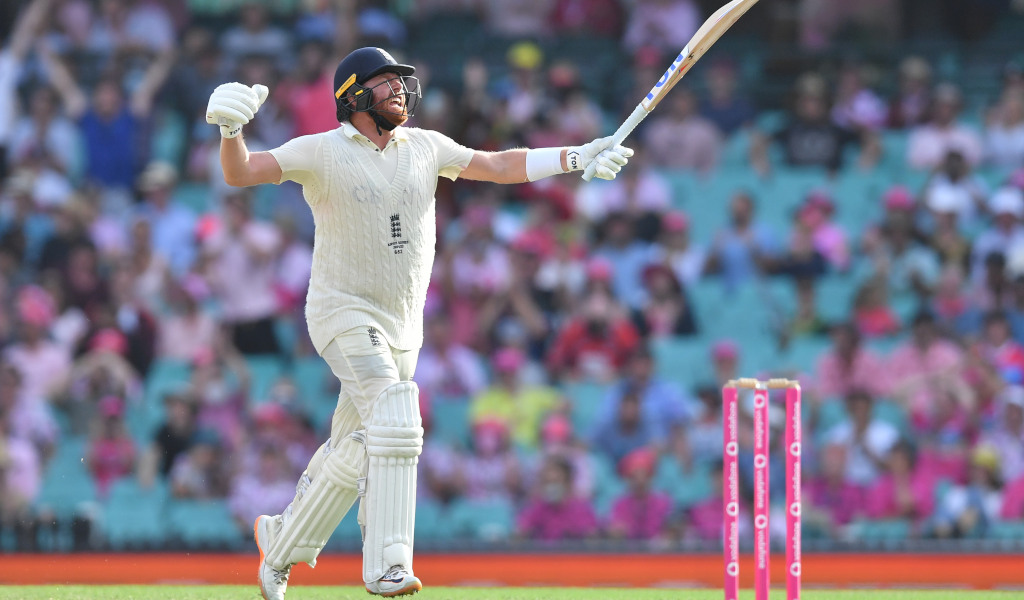 Jonny Bairstow struck England’s first century of the Ashes – and ended a personal drought of more than three years – as the tourists finally showed some steel in Sydney.

Responding to Australia’s 416 for eight declared, things seemed to be heading towards a brisk conclusion when England slumped to 36 for four on day three at the SCG.

But Bairstow’s gutsy 103 not out, which came on a spiteful pitch and after an agonising blow to the thumb, ensured the New Year Test would be a genuine fight.

One of the greatest batters to ever play the game, India’s ‘little master’, Sachin Tendulkar, decides to back up the bowlers for once. England’s Ben Stokes saw his off stump clattered at 83mph by Cameron Green on 16 but went on to score another 50 runs after the bail somehow remained defiantly in place.

Sydney in the pink

For the 14th year, the famous SCG turned into a sea of pink in support of the McGrath Foundation – a charity set up by Australia great Glenn McGrath in honour of his late wife Jane, a victim of breast cancer. With crowd limits down due to Covid-19, ‘virtual’ seats were being sold to raise cash for nurses this year and, at the close of play, 206,780 had been bought raising 4,135,618 Australian dollars for the cause.

They say you only get one chance to make a first impression and England have repeatedly made a hash of it when they take to the crease. With an average first-wicket stand of 9.57, what chance do the tourists have?

PM puts his foot in it

The United Kingdom is well used to the phenomenon of ill-judged comments from senior politicians, but even by those standards Australian Prime Minister Scott Morrison was guilty of a verbal gaffe when he stepped into the Fox commentary box. On a day when New South Wales introduced new restrictions due to the sharp spike in Covid-19 cases, he made a clumsy attempt to tie the surge of omicron to the cricket.

“We’ve got many challenges but this is Australia living with the virus…and Australians taking wickets in the virus,” he said to general bemusement.

During the morning rain break, the BT Sport studios conducted a debate on future England coaches and started with the World Cup-winning captain Eoin Morgan. Moeen Ali was quick to offer up a less obvious option when asked, talking up the credentials of T20 specialist Chris Jordan.