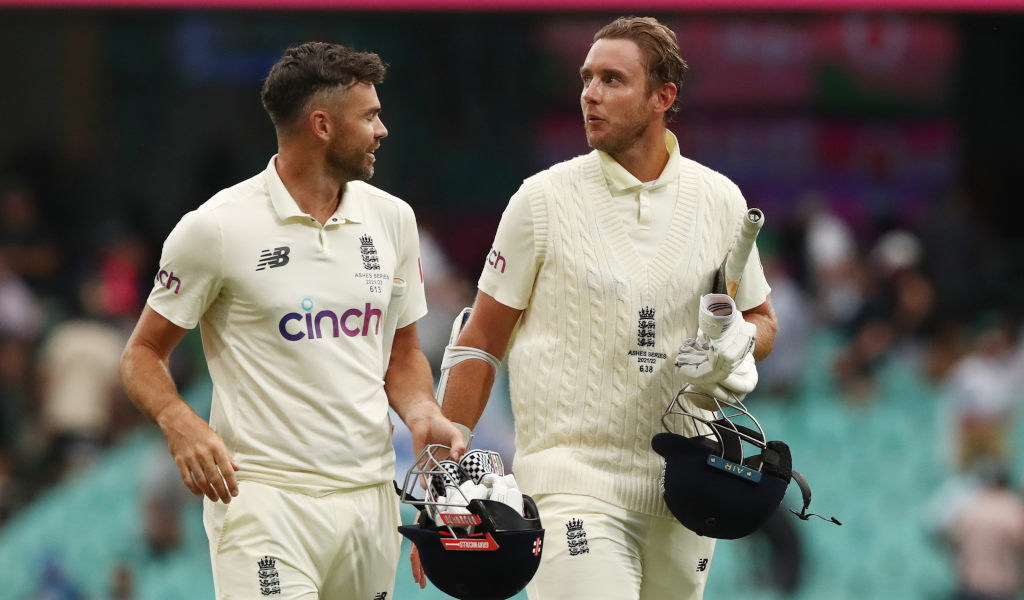 England’s tailenders stood tall as they scrambled to a nerve-shredding draw in the fourth Ashes Test, finishing nine down in Sydney to block Australia’s hopes of a whitewash.

After thumping defeats in Brisbane, Adelaide and Melbourne, the tourists stopped the rot in the tensest possible fashion at the SCG as number 11 James Anderson fended off the last six balls of the match.

Anderson, 39, had come to the crease in scenes of agonising drama when an accomplished rearguard action by Jack Leach came to an end with just three overs left. He had bravely defied Australia’s high-class attack for 34 balls only to become Steve Smith’s first Test scalp since 2016, the part-time leg-spinner striking at the end of his first over after the umpires decided bad light meant it was not safe to face seam.

Stuart Broad saw off 35 balls for a vital eight not out and was there to embrace his long-time bowling partner when Anderson held his nerve to smother Smith’s final over – the 91st of an engrossing day and the 102nd of the innings.

England were 270 for nine at the close, nowhere near a theoretical winning target of 388 but with a measure of pride successfully restored in the penultimate act of a demoralising tour.