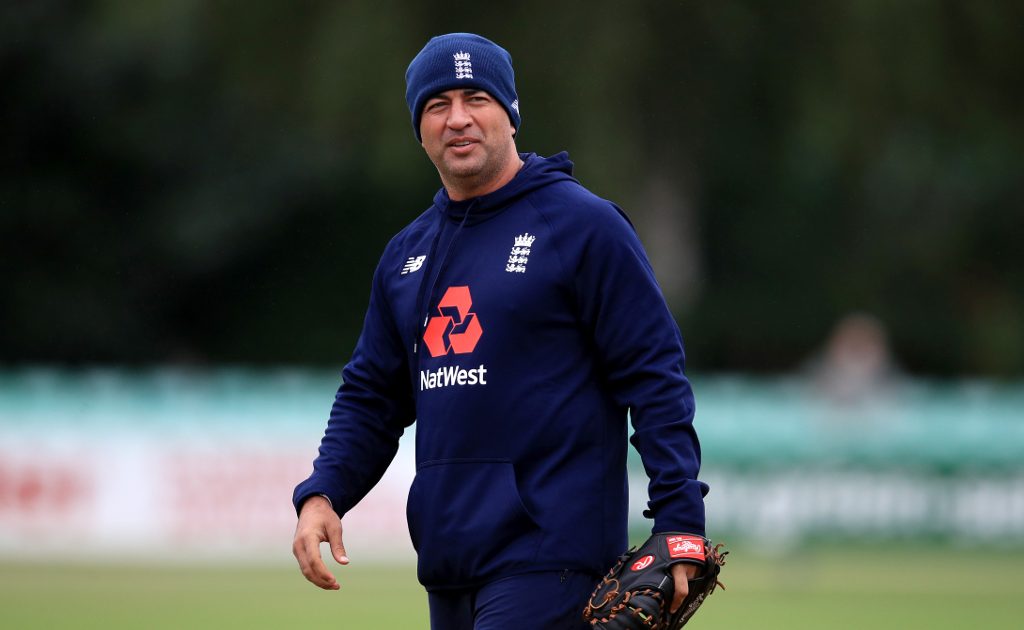 England have drafted in former one-day captain Adam Hollioake to bolster their depleted coaching ranks ahead of the fourth Test in Sydney.

Four key members of the backroom team have been left behind in Melbourne as a result of the Covid-19 outbreak in camp.

That has led to an SOS for Hollioake, the former Surrey all-rounder who was renowned as an innovative thinker in his playing days and captained the ODI side 14 times between 1997 and 1999.

Although his time at the helm was relatively brief, it did include a rarity in the 90s – success on the global stage in the 1997 Sharjah Cup.

Hollioake, who made his Test debut in the 1997 Ashes alongside his late brother Ben, is seen as a perfect addition as he lives close by on the Gold Coast and is a friend and former team-mate of Silverwood’s stand-in Graham Thorpe.

No stranger to coaching

Local health restrictions mean that, as a late arrival from a different state, he is currently only cleared to work outdoors with the team.

The 50-year-old has enjoyed a varied career post-retirement, including a brief foray into mixed martial arts, but has also worked in coaching with Queensland and the England Lions.

There are a few formalities that need to be completed before his stint is approved, with the ongoing spectre of Covid causing logistical issues that would not usually be present, but England hope to have him on board for the majority of their training time before the Test starts on January 5.

“We’re speaking to Adam to see if we can get him to come in, he’s up in the Gold Coast and I spoke to him yesterday. He’s keen, so we’re looking to see if we can push that through,” said Thorpe.

“I know Ad really well. He can bring a bit of energy to the dressing room and the philosophical side of life as well, which is very important in times like this. He was in good spirits yesterday.

“He knows the group of players as well, so he will be comfortable in the dressing room. He’s a pretty good, philosophical guy who has had certain things go on in his life. I know him really well and he’ll be a good guy if we can get him in.”

Thorpe is the only full-time England and Wales Cricket Board coach currently with the team, supported by Nottinghamshire’s Ant Botha and wicketkeeping specialist James Foster who are both on short-term consultancy contracts.