Home The Ashes The Ashes – Second Test, Day three: England up against it after another collapse

The Ashes – Second Test, Day three: England up against it after another collapse 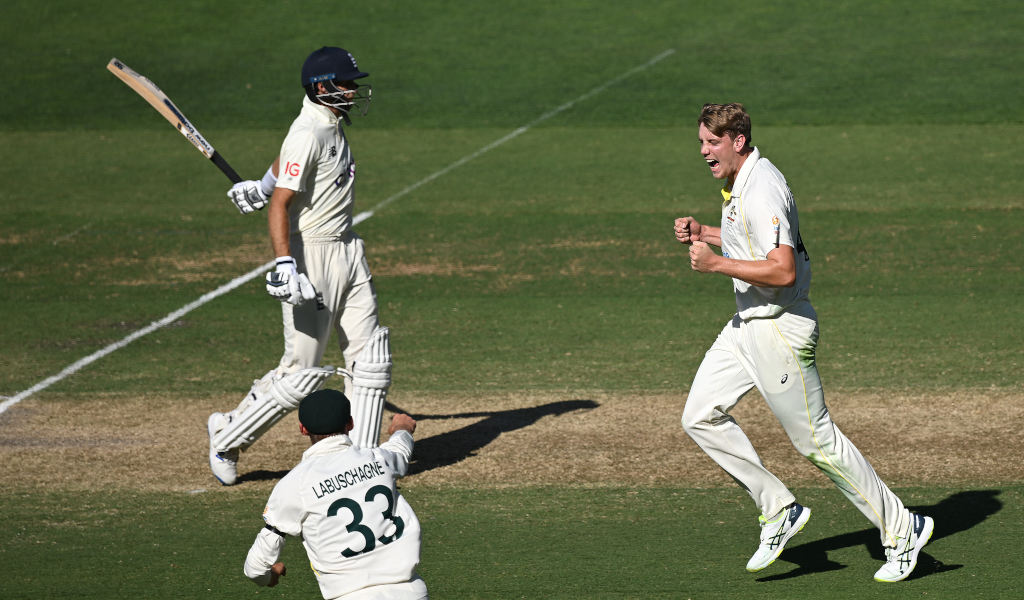 England once again find themselves cornered after three days of the second Ashes Test in Adelaide, 282 runs behind after a third successive batting collapse.

Having been skittled for 147 on the first day of the series in Brisbane they have tossed away good platforms in their next two innings, losing eight for 77 in the second dig at The Gabba and eight for 86 in their latest capitulation.

Australia could have enforced the follow-on under lights but chose not to, instead reaching 45 for one and teeing up more hard work in the field for England’s weary attack.

Although the match and the series are both disappearing from view from an England perspective, captain Joe Root’s prolific 2021 will go down as one of the great batting peaks. Root’s knock of 62 here might not have swung the game but it did take him to 1,606 runs for the year with the possibility of three more innings to come. There is half a chance he could usurp Pakistan’s Mohammad Yousuf as the record-holder given a fair win.

Kevin Pietersen was never shy about going on the attack in his own playing days and he had a fairly straight forward message for England’s batting group and their overly timid method against Australia’s spinner.

Pic of the day

Playing for a place

Root and Malan are both averaging over 50 in the series after sharing two successive century stands but the numbers make for difficult reading elsewhere. Ben Stokes is safe going at 17.66 across three innings, but with Zak Crawley and Jonny Bairstow sure to come up in selection discussions there will be jitters from the likes of Rory Burns (5.66), Haseeb Hameed (19.33), Ollie Pope (14.66) and Jos Buttler (20.66). There is one more innings now for each of the quartet to prove they should not be the ones to make way.