Home The Ashes Ashes: England collapse in face of hypnotic attack on day three in Sydney

Ashes: England collapse in face of hypnotic attack on day three in Sydney 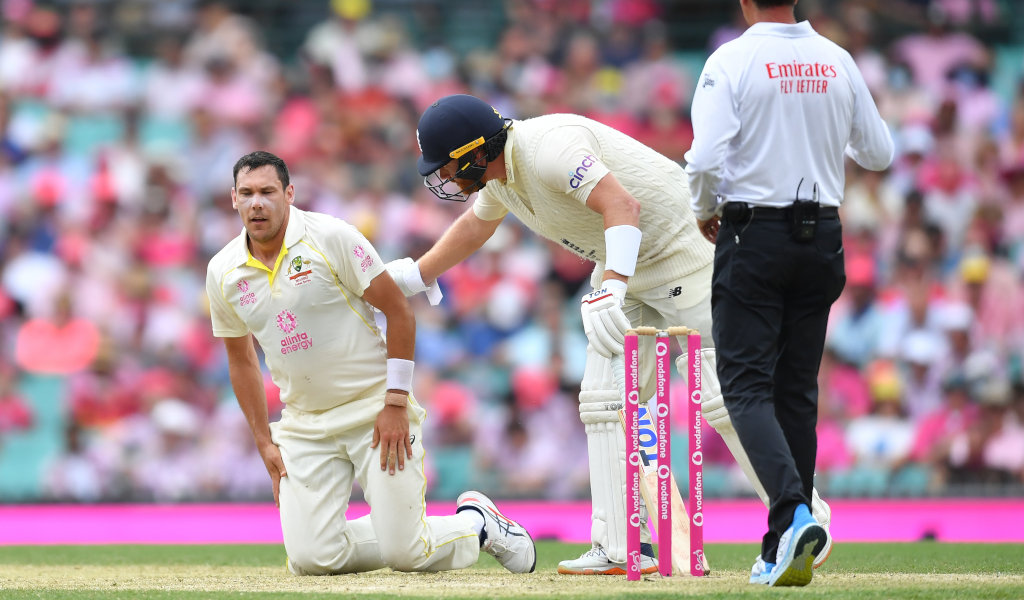 England’s top order was blown away again on day three of the fourth Ashes Test, staggering to 36 for four amid a hypnotic sequence of dot balls and wickets from the Australia attack.

The opening session was delayed and shortened by rain, but England are becoming masters of the fast forward collapse and were once again ruthlessly exposed.

Haseeb Hameed was first to go when he was cleaned up through a yawning gate and by the time lunch came the punchdrunk tourists had lost three more batters in a mesmerising spell of 53 runless deliveries.

Zak Crawley echoed Hameed by having his stumps splattered, captain Joe Root buckled under the pressure by nicking off for a duck and Dawid Malan was caught at leg-slip in the last over.

Scott Boland, who took six for seven in his dream debut in Melbourne in the Boxing Day Test, made yet another remarkable intervention as he went to the interval with figures of two for nought from four overs.

It was yet another dismal episode for a side who are staring at a 4-0 deficit in the series and a probable whitewash, barring a dramatic shift in fortunes at Hobart next week.

The ball was doing plenty, with unpredictable bounce and lots of painful blows, but Test teams can be expected to negotiate tricky patches, on tricky pitches, without giving in to outright surrender.