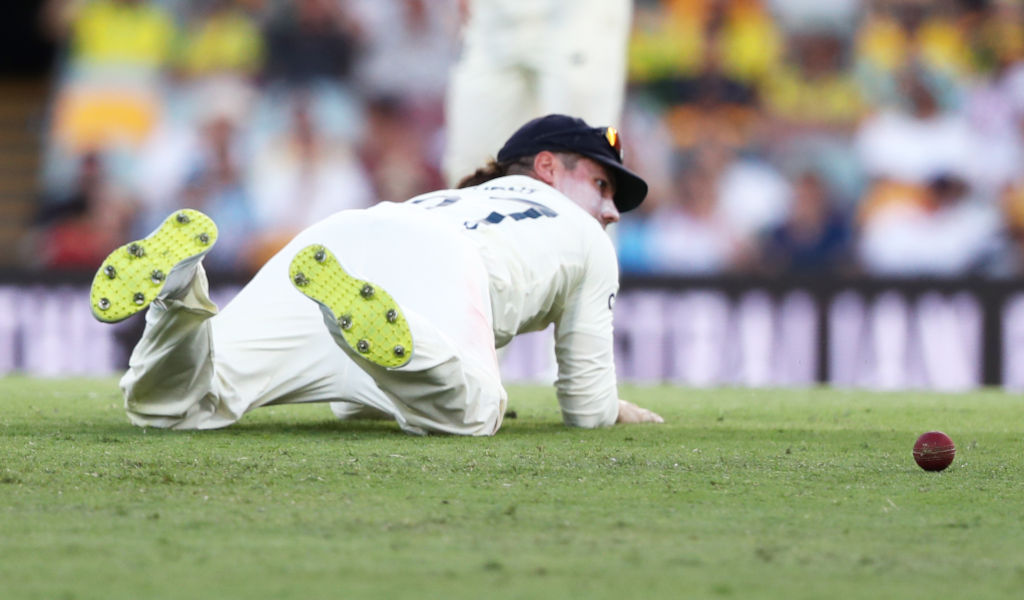 Australia assumed a dominant position after two days of the Ashes opener at The Gabba, building up a 196-run lead over England with a stumps score of 343 for seven.

There was a rapid-fire century for Travis Head and 94 dicey runs for David Warner, leaving England with plenty to ponder as they attempt to plot some way out of Brisbane without a hefty defeat.

When Ben Stokes forced one through Warner’s defences in his first over of the match, England’s joy was short-lived due to a front foot overstep.

It later became clear that the all-rounder was clearing the line on a regular basis without being pulled up.

Modern matchday protocols dictate that no-balls should be monitored by the third umpire using dedicated cameras but it became clear that technology had malfunctioned and would not be available during the match.

Former Australia captain Ricky Ponting bemoaned “pathetic officiating” on Channel 7’s commentary, suggesting Stokes should have been informed of the issue before paying a big price.

Warner is no stranger to getting a second chance due to bowler’s wayward footwork, having been the beneficiary on four prior occasions by the following opponents: Varun Aaron (2014), Wahab Riaz (2016), Tom Curran (2017), Naseem Shah (2019).

When Warner and Marnus Labuschagne were going about the business of compiling a 156-run stand, it was hard for English fans not to pine for James Anderson and Stuart Broad – owners of a combined 1,156 Test wickets.

The issue did not escape the attention of television producers Down Under, who took great delight in panning to the practice pitches every time the record-breaking seamers emerged for a session.

A penny for Joe Root’s thoughts as the pair steamed in looking fit and ready for action.

The historic Ashes rivalry has earned its place in the cricketing spotlight but it is worth remembering there are others who would love a fraction of the attention lavished on the contest.

Ireland have played just three times since being granted Test status in 2017 and are eagerly looking for their next offer, a point made with sledgehammer subtlety by their watching captain Andrew Balbirnie.