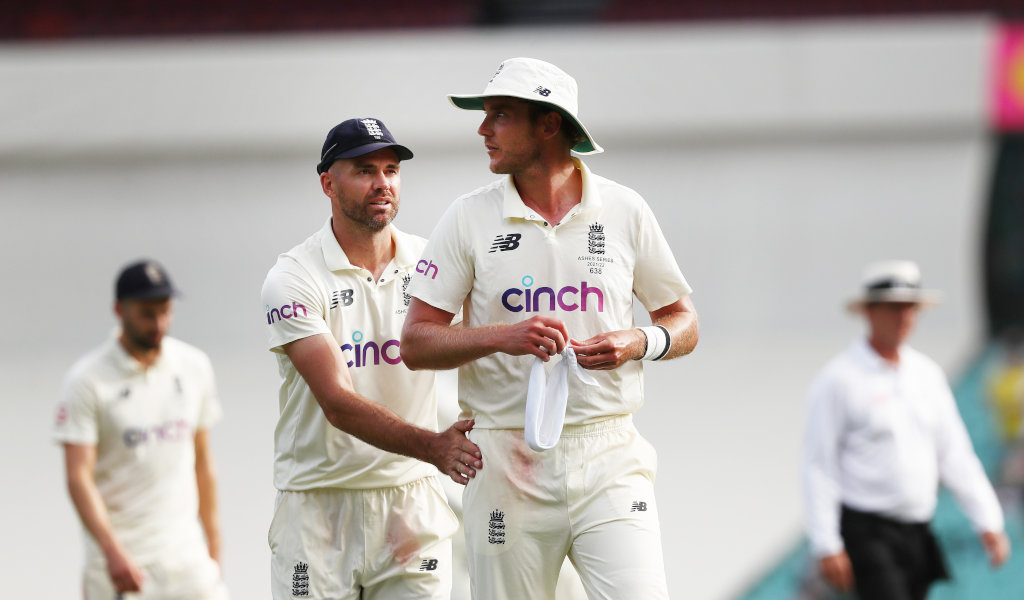 Stuart Broad has been stung by his bit-part role in the Ashes but scotched suggestions that he had reached the end of the line with a five-wicket showing in Sydney that helped him “relight that fire” in Test cricket.

Broad has been more discussed than seen prior to the fourth Test, a shock omission in the series opener at the The Gabba and overlooked again for the decisive defeat in the Boxing Day Test at Melbourne.

All around Australia – from the home dressing room to the TV studios – his absence has been puzzled over and he forced the issue back up the agenda as he led the England attack at the SCG.

Although the hosts were in control after declaring on 416 for eight, Broad was never far away from the action as he dragged his side into the battle with figures of five for 101.

How and when England will manage the succession from the Broad and James Anderson era has been discussed for years, but for the 35-year-old this was confirmation that he does intend to vacate the stage.

“I can’t say I wasn’t disappointed to miss out in Brisbane and Melbourne… but when you miss out in Test matches, when you don’t play a huge amount, that actually makes you realise how special it is,” he said.

“When I was 26, 27, 28 I sort of expected to play every game and I haven’t done that this last year. When you miss a few, you realise how awesome it is to play again.

“I’ve still got a burning desire to play the sport. I must admit, a few years ago I was umming and aahing and I spent a lot of time talking to my dad (former England opener Chris Broad) about it. He had a great belief that you should play the sport you love for as long as you can. While the fire burns you should play because nothing replicates it in life.

“I think 2021 was my worst year for sure, with the intermittent cricket – I had a play one, miss one type experience – but bowling today made me relight that fire again.

“It’s a great stadium, good atmosphere and I’m bowling at the world’s best… this is what it’s about.”