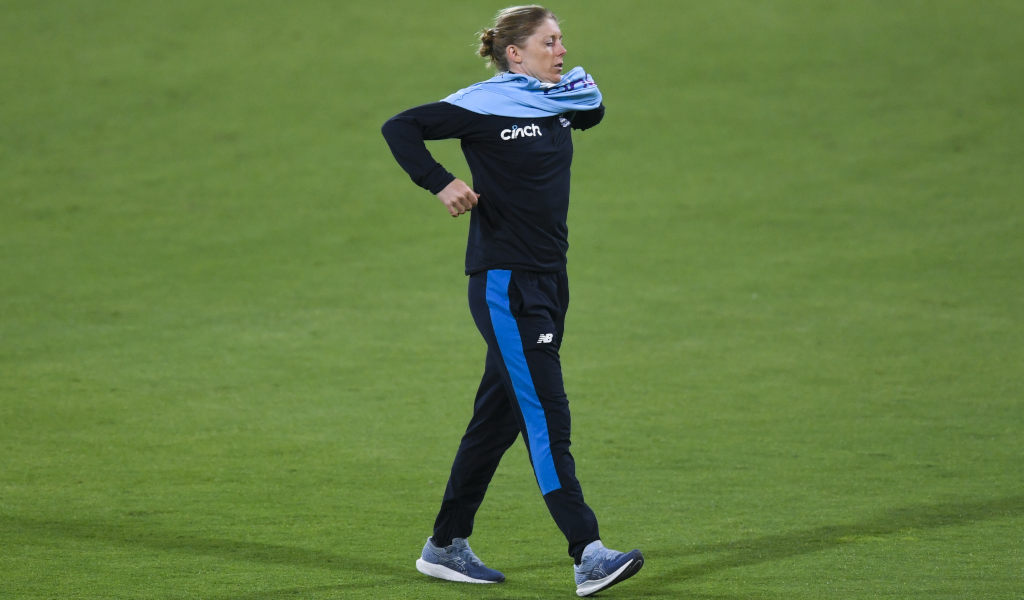 Heather Knight admitted England have lacked a “killer instinct” in the Women’s Ashes after a 27-run defeat in the first one-day international saw Australia retain the trophy.

England had required victories in all three ODIs to secure an Ashes victory, but they failed to recover from the loss of early wickets and were all out for 178 needing 206 to win.

The result ensures Australia retain the Ashes – a title they have held since 2013-14 – taking an 8-4 lead in the multi-format series with two ODIs remaining.

Captain Knight said: “Our mentality in this series has been really good. We haven’t been able to quite get over the line, which is a shame, but we believe we’re good enough to beat them and we’ve gone toe-to-toe with them in a lot of aspects, but we just haven’t quite been able to have that killer instinct and get over the line.

“I guess maybe when you let a couple of things slip, they are the sort of team that are going to make you pay for it and not give you a second chance.

“I’m not worried, I think the belief and the mentality has been great this series, unfortunately it just hasn’t come off.”

The visitors struggled from the start, losing wickets quickly, including the crucial scalp of Knight for a golden duck as they fell to 10 for two. Nat Sciver was the pick of the England batters with 45 from 66, but she was unable to form a partnership to put Australia under pressure.

England were always up with the required run rate but paid the price for lost wickets as, despite a last-wicket stand of 24 from Katherine Brunt (32) and Kate Cross (17) – and a dropped catch from Ellyse Perry – the visitors fell well short.

Meg Lanning’s side can go on and win the Ashes outright, while England will have to win the remaining two ODI matches to avoid a series defeat.

Australia have been beaten just twice in one-day cricket since the 2017 World Cup – including a 26-match winning streak – but Knight added: “Of course there’s disappointment in losing.

“You come out here and obviously the goal is to try and get the Ashes back and there’s bound to be a bit of disappointment.

“I thought we bowled outstandingly and were actually really unlucky. We bowled perfectly to the plan, we adapted to the pitch, then just kept losing wickets in that chase. You would back yourself to chase that.

“I thought the Aussies bowled very well, but we just couldn’t string that partnership together and kept losing wickets and I guess in the three games that we played we haven’t been able to string batting and bowling together and put in that complete performance.

“But I’m proud of the way the girls have fought. The lower order I think kept us in it a little bit and kept the hope alive, but unfortunately the Ashes have gone.”

Teenager Darcie Brown, who finished as the pick of Australia’s bowling attack with four for 34, hailed the victory.

“We backed our bowlers to defend that total because we’ve got a pretty good bowling line-up, so we weren’t too fussed about it.”