Home The Ashes ‘I tried not to be too rigid’: Jonny Bairstow reveals a shift in technique

‘I tried not to be too rigid’: Jonny Bairstow reveals a shift in technique 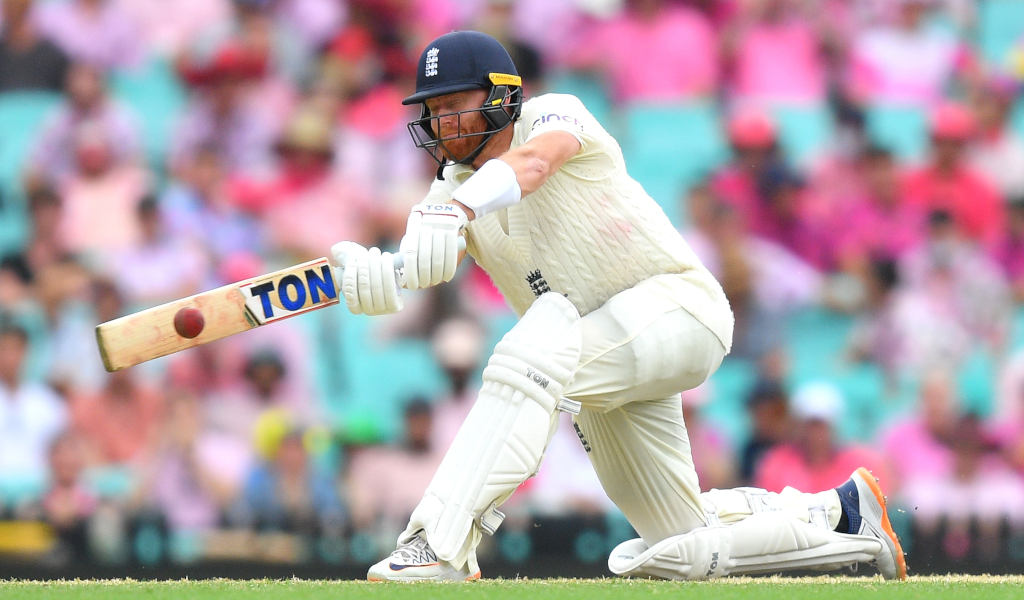 Jonny Bairstow has credited a shift in his technique with helping him notch the first century for England in the 2021/22 Ashes series.

Bairstow led an England fightback on day three of the fourth Test and said that he had tried to be as natural as possible out in the middle.

The wicketkeeper batter feels that he might have put too much emphasis on his technique which stifled him at the crease.

“I am extremely proud. It’s been tough, you’ve got to dig deep, I’m sure you guys and everyone else will have mentioned the scheduling and how much red-ball cricket people are playing leading into massive series like this – and it’s not just this series,” Bairstow told BT Sports.

“You’ve got to delve very, very deep into stuff that you’ve worked on over a number of years. Your technique changes over those years and you’ve got to pick parts of it and sometimes go back to bits you looked at a couple of years ago – and that’s exactly what I did this morning.

“I tried not to be too rigid. You can look at technique a lot and some things work but other times you’ve got to be natural about the way that you’re moving otherwise you become a bit clunky and too rigid

“That’s where I felt I’d got to, I was trying to be something that, potentially, I’m not. One of my strengths is putting the pressure back on bowlers and running between the wickets. That also comes with spending time out in the middle.”

Former England skipper Alastair Cook said that Bairstow’s innings demonstrated what the team have been missing in this Ashes series.

Cook backed Bairstow to be a big part of England’s rebuild of the Test outfit.

“That innings of Bairstow’s. supported by Ben Stokes, was full of everything that has been lacking in the batting line-up, if we exclude Root – guts, determination and a lot of skill,” Cook said.

“It was probably his best Test knock in terms of skill, application and bravery. He’s such a likeable lad and he’s had a tough time in Test cricket over the last couple of years.

“I hope it has proved to him that he can play Test cricket again, stoked the fire and started the rebuild of English cricket.”