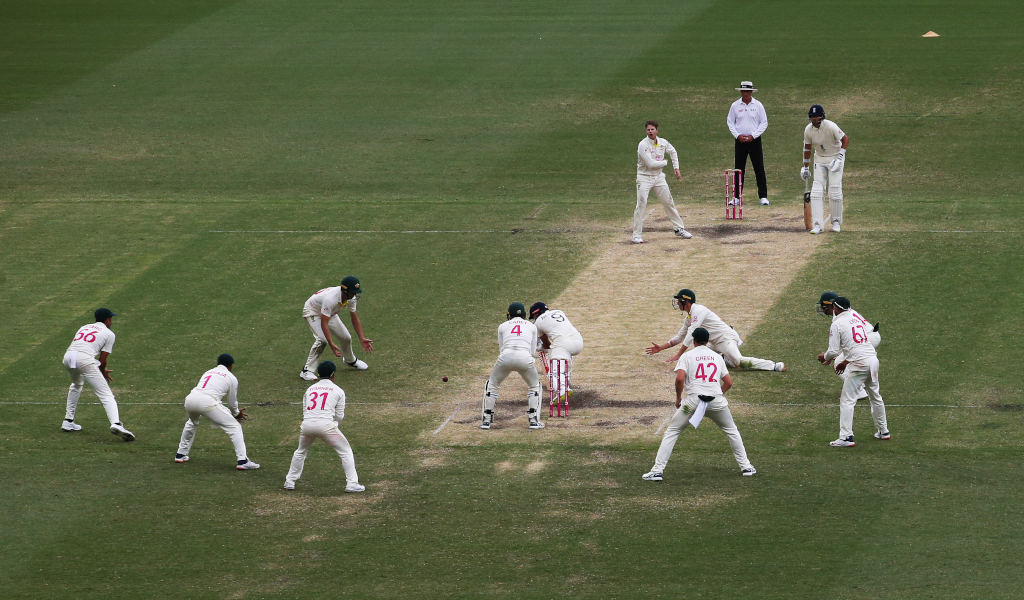 James Anderson says he was full of confidence that he could survive the final over and secure England a draw in the fourth Ashes Test in Sydney.

The 39-year-old is renowned for his bowling, as England’s all-time leading wicket-taker, but not so much for his skills with the bat.

However, he successfully negotiated the final over from Australia’s part-time spinner Steve Smith to earn a draw on 270 for nine, after they had been set 388 to win, and salvage some pride for an England side already 3-0 down in the series.

“There was a moment when the umpires said it was too dark to bowl seam,” Anderson told the Tailenders podcast.

“It was then I thought ‘I’ve got this. Spin is my absolute niche’. I absolutely love facing spin.

“I felt quietly confident going out there. If Pat Cummins had been bowling you’d have seen a lot more of the whites of my eyes.

“The minute I got out there Stuart Broad was telling me what to do – ‘get a big stride in, smother the ball, don’t let the bounce beat your bat’.

“Five balls from Steve Smith, he landed them really well, but the sixth – I don’t think Steve would begrudge me using the word ‘pie’,” Anderson added.

“When I shook his hand I said ‘what was that?’ He said ‘the pressure got to me’.”

England all-rounder Ben Stokes is hopeful of being fit for the fifth Test in Hobart despite a side strain, according to Anderson.

Stokes suffered the injury to his left side in Sydney but will travel and be assessed before the day-night series finale begins on Friday.

“Even though we’re 3-0 down. It would be very easy for him to say ‘I’ve pulled my side, I’ll go home and get it sorted’. He’s still got his sights on playing that fifth Test.

“It shows what playing for this team means to him.”