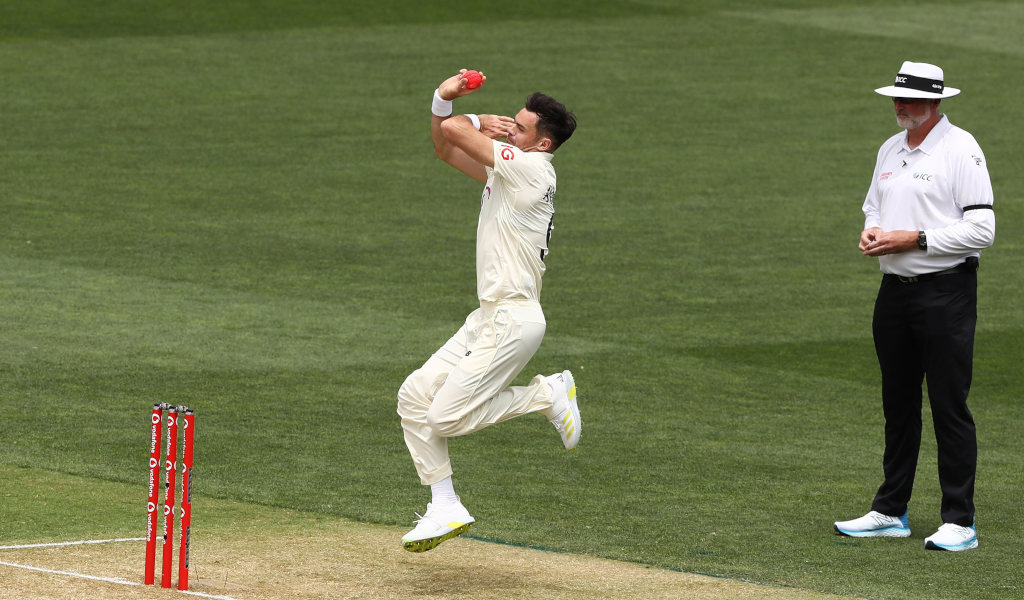 Australia kept England down on a second draining day in Adelaide, reaching 390 for seven as they batted through a fifth full session to take control of the floodlit second Test.

At the second break the tourists looked desperately weary, sapped by the South Australian heat, deflated by a lethargic middle session and facing the possibility of a declaration that would see them batting under pressure in the unpredictable ‘twilight’ period.

Three wickets for 81 in the afternoon’s play had given England some reason for optimism earlier in the day, but a stand of 91 involving the frustratingly familiar face of Steve Smith and newcomer Alex Carey sucked their air out of Joe Root’s men.

Record wicket-taker James Anderson struck twice late on, denying Smith a 12th Ashes century when he fell lbw for 93 and getting Carey for 51 with one that slowed up off the surface. But after 140 overs of stern work in the field, the celebrations were decidedly muted.

Meanwhile, Australia captain Pat Cummins received some welcome news Friday when he was allowed to leave Covid isolation in Adelaide and return home to Sydney on a single charter flight.

The number one Test bowler was ruled out of the second Ashes Test against England just hours before it started on Thursday for being in close contact with a positive Covid-19 case.

Under South Australia state’s strict bio-security rules Cummins was required to isolate for seven days but has now been permitted to head home, where he must remain until the Boxing Day Test in Melbourne.

“Under the plan approved by SA Health, he will self-drive from isolation and then, with the appropriate PPE (personal protective equipment) and hygiene controls, take a single charter flight,” Cricket Australia said.

“He will continue to observe all isolation requirements in New South Wales.”

Cummins was at an Adelaide restaurant on Wednesday evening when a person at the neighbouring table was identified as positive for coronavirus.

He isolated when he became aware of the situation and has since returned a negative Covid test.

Australian players are permitted to dine out in small groups under Covid rules in place for the Ashes in Adelaide, but should steer clear of densely populated places.