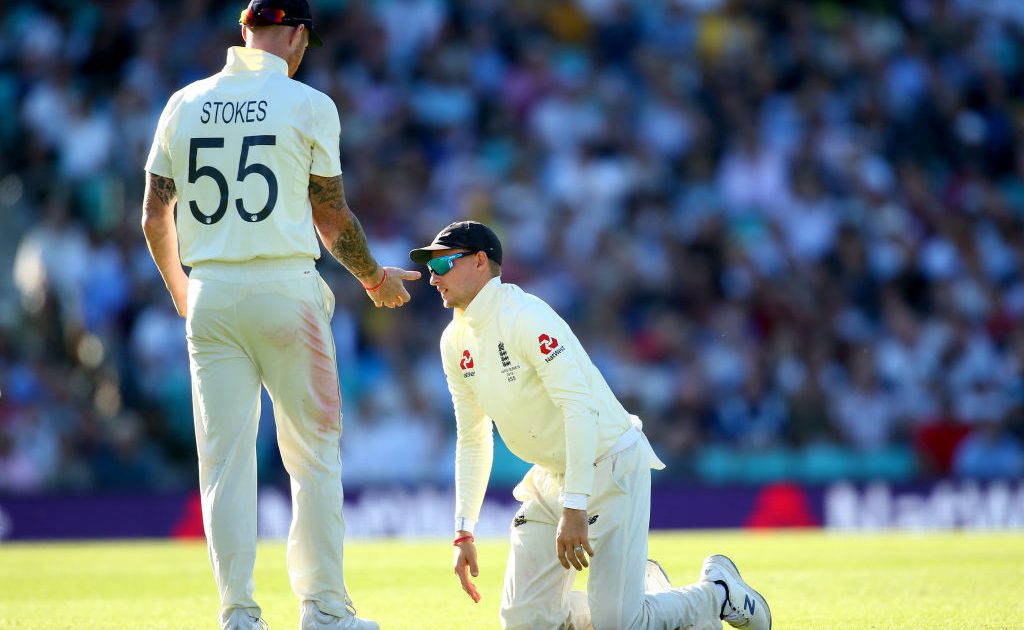 Test captain Joe Root has cautioned that Ben Stokes will need time to get back to his world-beating best, but believes the all-rounder’s presence in the Ashes squad has already given England’s hopes a big lift.

Stokes will be on the plane when England’s Test specialists and Lions squad head for Brisbane on Thursday after ending a self-imposed hiatus from the game, during which he opted to prioritise his mental health and rehabilitation from a badly broken index finger.

Not only does a fit and healthy Stokes balance the team with bat and ball, the legacy of his previous performances – not least his ‘miracle of Headingley’ against the Australians in 2019 – carries an aura that can raise the spirits of his team-mates and sow seeds of doubt in their opponents.

Root, who will lead the first part of the red ball camp while head coach Chris Silverwood oversees the remainder of the Twenty20 World Cup campaign in the United Arab Emirates, is delighted to have his right-hand man aboard but realistic too.

When the first Test gets under way in Brisbane on December 8, Stokes will not have played competitive cricket for almost five months.

“Although we all know what Ben is capable of, and it’s a huge boost to us as a squad, we’re still managing expectations,” said Root.

“He’s been out of the game a long time, he’s had a serious injury and he’s got a lot of work to do to get himself back to the Ben Stokes we all know.

“But speak to anyone within the game on whether they’d prefer to have Ben in their team or not and everyone would say they would.

“If there’s one thing we can bet on with Ben it’s that he’ll do everything he can to ready himself and then put in performances that help England win games of cricket.

“He’s a massive asset in many respects, first and foremost his performances on the field and especially what he has done against Australia in the recent past. But also the way that he plays his cricket.

“He’ll lead from the front in that respect, he is a brilliant leader in the dressing room and people follow him. They look at how he works, how he practices, how he goes about his cricket. And they all want to go along with him.”

Stokes, speaking to Sky Sports News, attempted to downplay his own significance.

“A team in cricket is 11 players, plus the extended squad and all the backroom staff, so I know that one player doesn’t make a team,” he said.

As for his fitness, he added: “The surgeon who performed the second surgery as well as the first surgery, I’ve probably seen him more times than I would have liked to, but he really sorted it out second time.

“I had a lot of scar tissue built up around my joint and my tendons, so he removed all that, which thankfully allowed me to actually get some movement and took away the majority of the frustration in terms of pain as well.

“I just took it day by day, step by step and I had some fantastic support around me to help me through that. I’m just excited to get out there. I can’t wait to get to see everyone.”

England are set to travel straight to an exclusive-use resort on the Gold Coast after touching down in Australia, followed by three days confined to their rooms.

The remainder of their 14-day quarantine will, following negotiations with Cricket Australia and state government, allow them to train together using the nearby Metricon Stadium as a base.

Instead of the usual warm-up games against local XIs, England will be carrying their own opposition in the form of the second-string Lions group, several of whom will be hoping to make a big enough impression to be kept on.

“That’s going to be great preparation, it’s a great opportunity from a developmental point of view for that Lions group to showcase what they can do,” said Root.

“We only have to look back at the two previous Ashes tours to know there have been injuries and this is a great opportunity for people to put their hands up and show what they are capable of doing in case anything like that happens again.

“It should be extremely competitive, which is exactly what you want going into a big series.”