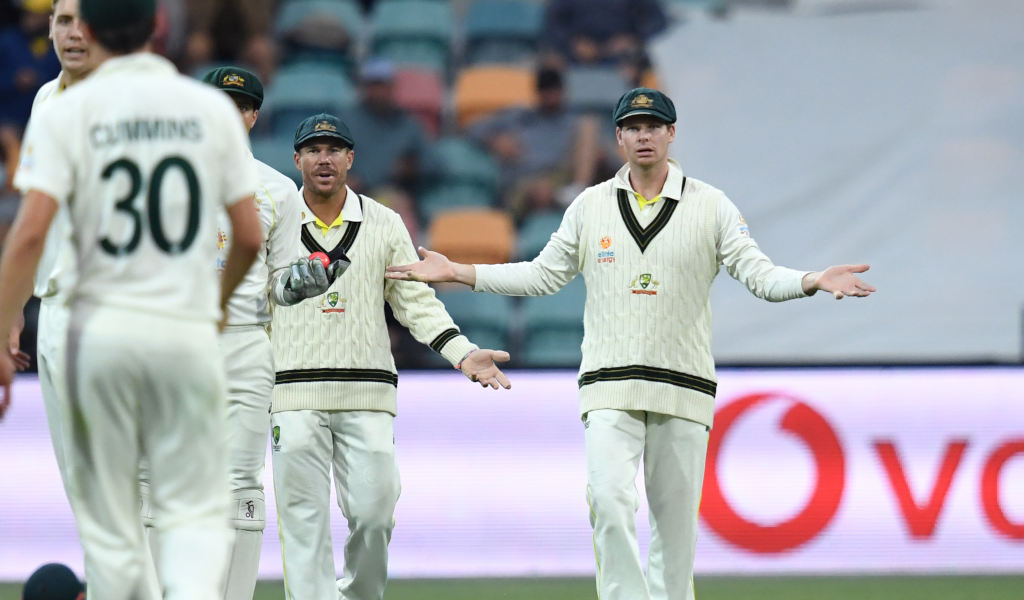 England gave themselves a fighting chance of ending their Ashes tour with a consolation victory, with six of the best from Mark Wood and their best opening stand of the trip.

Chasing 271 to win, England were 68 without loss until Rory Burns was clean bowled attempting to leave the ball in the very final act of the second session.

A 4-0 series defeat looked to be incoming when they conceded a 115-run first-innings lead in the day/night Test in Hobart, but they turned things around on day three with a stirring comeback.

Wood led the way, finishing with career-best figures of six for 37 as Australia were bowled out for just 155 – their lowest total of the series.

The Durham quick has never let his pace, persistence or personality dim during a difficult few weeks, and has won Australia’s grudging respect along the way, but too often he has been left with unflattering figures. This time, though, he got his just rewards and a moment he will long remember as he walked off with the ball held aloft to generous applause.

His efforts left England with a target of 271, not an outrageous score but one that could easily put the scares on a side whose batters have been routinely picked apart by Australia’s high-class attack.

But Burns scrapped and scraped his way through 16 overs before attempting to withdraw the bat as Cameron Green attacked from round the wickets. He was a fraction late and the resulting ricochet sent the red LED lights in the ‘Zing’ bails flashing.

Zak Crawley was left to continue a positive innings of 32 not out, with Dawid Malan due to join him in the twilight period.

Until then things had been falling the tourists’ way, Australia failing to refer an lbw decision that would have seen Burns off for just seven, a couple of thick edges against the new ball flying through the vacant fourth slip region and Crawley getting the better of a close DRS on 22.

Australia had started the day on 37 for three and soon found themselves trying, and failing, to weather a barrage from Wood. Given licence to bang the ball in short and fast, he took three wickets for 12 runs in a fine six-over spell.

Nightwatch Scott Boland, who survived bravely on the second evening, was first to go, backing away to leg and fencing a catch to wicketkeeper Sam Billings in Wood’s second over.

His next two scalps came with bigger targets on their backs, the series’ leading run-scorer Travis Head brushing a ball off his ribs and into Billings’ gloves and Steve Smith hooking obligingly to fine leg.

At 63 for six the game was poised finely but England were unable to maintain the pressure when Wood’s stint came to an end. Australia saw Green and Alex Carey top up the total to the tune of 49, with Chris Woakes’ sloppy footwork giving the latter a reprieve on 19 after dragging down his stumps. It was the third time in the series England had taken a wicket with a no-ball and Carey went on to score another 30 with his second chance.

After several big appeals Stuart Broad finally got an lbw to stick, Green (23) clipped on the back pad and condemned on DRS. The door was ajar again and a rested Wood charged in to have Mitchell Starc caught fending to short-leg.

That brought up the third five-for of his career but he briefly thought he had six for the first time when a first-ball yorker to Pat Cummins saw the umpire’s finger go up. Replays suggested the ball was missing and the skipper added 20 with Carey as the advantage kept ticking upwards.

Wood got there in the end, drawing a close to the innings by parting Cummins’ timbers for his best Test haul.

Burns and Crawley then did their part before Green’s late breakthrough left things finely balanced heading into the final session.