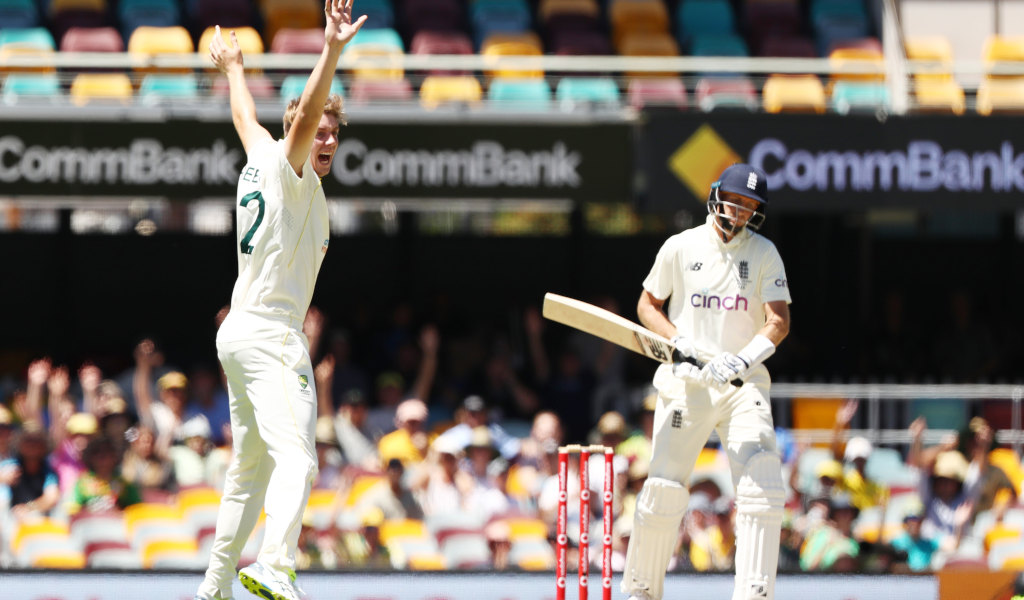 Former England captain Nasser Hussain believes their Ashes collapse at the Gabba was symptomatic of batting frailties that have existed for a long time.

England slumped to a nine-wicket defeat in the first Ashes Test, paying the price for another costly collapse.

Sliding from 220 for two overnight to 297 all out, they left Australia needing just 20 runs to secure a handsome fourth day victory.

“England fans, however much our bowling carries us over the years, will know over the last two or three years that the batting has disappointed and these collapses have happened,” Hussain told Sky Sports.

“It does seem to me that England’s batting line-up struggles to start the next day.

“It (Australia’s) is a wonderful bowling attack, make no mistake. They have five genuine bowlers. It is not easy against this attack. This game was not lost today, this game was lost with the dropped catches and the fielding and most importantly 147 all out on day one.

“England have had batting collapses for a long, long time now. (Joe) Root has been their star player for a number of years now. I think this year he is the only one to average over 40.

Hussain backed England’s batting unit and also feels Ben Stokes will play a pivotal role with the bat in this series.

“Stokes always takes time when he has had a long spell out of the side – and he has. He is someone who needs rhythm to batting,” he added.

“You are always better players when you are out of the side. I noticed the England Lions were bowled out for a hundred the other day.

“So the reserve batting line-up aren’t exactly kicking on with massive runs. There is a problem with red-ball batting in general in England at the moment. Australia is not a bad place to bat even with their bowling attack.”

The second Test in Adelaide starts next week and Hussain has backed England to hit back in the pink-ball Test, but admits they have selection dilemmas.

“I think the key is not to look back too much. Focus in on the next one, work out what you are doing with that bowling attack and the seam attack in particular. Because it is not easy, people will say bring (Stuart) Broad and (James) Anderson in,” Hussain said.

“But the bowlers that have been bowling have now got overs in their legs. So they are the best ones physically to go and play the next one. Broad and Anderson haven’t bowled in anger in a match for months now and their ageing bodies, can you get them both in? I’d go with Anderson for the swing.

“And then what do they do with (Jack) Leach? All this talk about pink ball in Adelaide. Yes under lights it can swing but the rest of the day it can be pretty flat and it can spin. So you might need your spinner.

England’s lack of preparation was highlighted by former captain Sir Alastair Cook as a major factor in their batting woes.

“I think it’s a huge factor. The Aussies have nine hundreds, 10 50s and a lot more balls,” Cook told BT Sport. “Almost four times as many balls faced in competitive cricket (since September).

“The warm up was almost horrendous for England in terms of quarantine, T20 stars arriving later and when they got out there to play it rained so they had no competitive cricket.

“That is a factor why some of the batsmen walking out there at the Gabba in a massive series will have felt really underdone.”