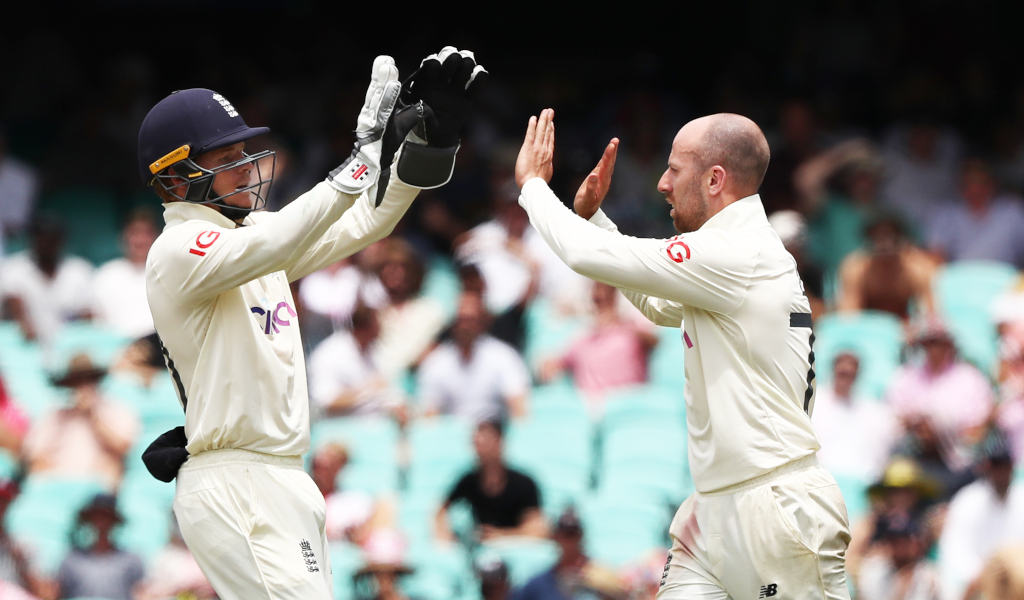 Pope, dropped for the past two games, was drafted in as substitute fielder with regular gloveman Jos Buttler (left index finger) and fellow keeper Jonny Bairstow (right thumb) both off the field awaiting X-ray results.

The Surrey batter has previous experience of keeping in Tests, stepping up when Buttler was injured in New Zealand two years ago, but has only done the job a handful of times in first-class cricket.

He did not let the side down as Australia began the job of building a big second-innings lead, taking a regulation chance when Mark Wood found David Warner’s edge and then producing a smart grab standing up to the stumps to help Jack Leach dismiss Marcus Harris.

At the interval Australia were 188 ahead on 66 for two, with the key pair of Marnus Labuschagne (28no) and Steve Smith (8no) at the crease.

England had earlier been bowled out for 294 – falling one blow short of breaking 300 for the first time in the series.

Bairstow, who battled through the pain to make his first Test century in over three years on day three, came out once again even though a fracture in his thumb had yet to be ruled out.

He was able to add just 10 runs to his overnight score, nicking Scott Boland behind for 113 while attempting to manipulate the strike and protect the tail.

England lost their last three wickets for 36, with Leach first to go when he top-edged a sweep against Nathan Lyon and Stuart Broad making a gung-ho 15 before becoming Boland’s fourth victim of the innings.

Kent wicketkeeper-batter Sam Billings was making his way to join the tourists’ camp, making an 11-hour drive from the Gold Coast having been with the Sydney Thunder’s Big Bash squad.

He will provide cover for a squad that is now coping with three injuries in the top seven. As well as Buttler and Bairstow, all-rounder Ben Stokes is carrying a side problem sustained while bowling on day two, with fears he could also be ruled out of the final Test in Hobart.