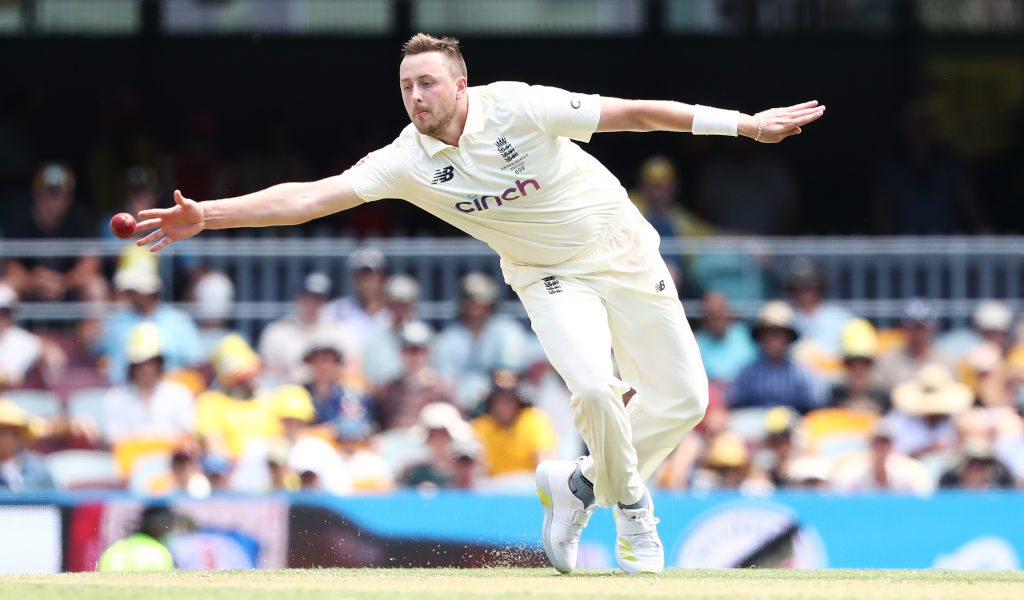 Ollie Robinson rued an injury worry over Ben Stokes and “missed opportunities” in the field as England were ground down on a second demoralising day of the Ashes opener in Brisbane.

Robinson was the standout performer for his side at The Gabba, taking three for 48 to confirm credentials as serious Test performer, but his best efforts were not enough to turn the tables on a game that may already have slipped through the tourists’ fingers.

Australia were 196 ahead at stumps, racking up 343 for seven on the back of Travis Head’s 85-ball century, David Warner’s fortunate 94 and a typically assured knock of 74 from Marnus Labuschagne.

For an England side who mustered a top score of 39 by Jos Buttler on Wednesday, it was a sapping experience in the Queensland heat.

Warner had three lives – bowled by a Stokes no-ball, dropped by Rory Burns at slip and spared a run-out by Haseeb Hameed’s close range miss. Worse yet, totemic all-rounder Stokes jarred his left knee midway through the day and was only able to offer half-measures with ball in hand after his initial flurry. He will be assessed overnight by medics.

“It’s always tough when a seamer goes down, especially in these conditions,” Robinson said.

“He (Stokes) has got something that not all of us have – he’s got that pace and bounce – so it hurts us a little bit. The other boys took the slack and I thought it was a good effort in the end.

“It was a warm one. They were tough conditions for us but the boys toiled hard. There were some missed opportunities and on another day we could have them four down early.”

Robinson was able to offer a small glimmer of good news, welcome stuff in the current climate, by brushing off concerns over his own fitness after he appeared to be feeling his hamstring deep in the evening session.

“My body is doing OK,” he said. “I came off for some strapping and maintenance but I’ll rest up tonight and come back (on Friday),” he said.

“It came out well. I was consistent and had a lot of plays and misses. I sort of felt like I was going to get Warner out every over.”

Stokes’ day might easily have turned out differently had he managed to keep his boot a couple of inches further back when he clipped Warner’s off stump when he had just 17.

It later transpired that was one of 14 no-balls he sent down before lunch, none of which were called in real time. Confirmation arrived eventually that the technology had malfunctioned and would not be available in the match.

England bowling coach Jon Lewis said: “What a fast bowler needs is some sort of understanding of where their feet are. He needs some feedback from the umpires.

Head, who will resume on 112 not out on third morning, was a satisfied man at the close having laid claim to the third fastest Ashes century in history.

“I’m still pinching myself, I can’t quite work out for happened over those couple of hours,” Head said.

“I found the first 20 runs really, really tough but the game opened up and I was able to take my opportunity. I’m playing for country and loving doing it. It’s an amazing feeling to get another Test match hundred.

“I rode my luck in parts but I put Australia in a great position and I’m very privileged to be able to do that.”