Home The Ashes On this day in 2005: England win Ashes for first time since 1987 after Oval draw

On this day in 2005: England win Ashes for first time since 1987 after Oval draw 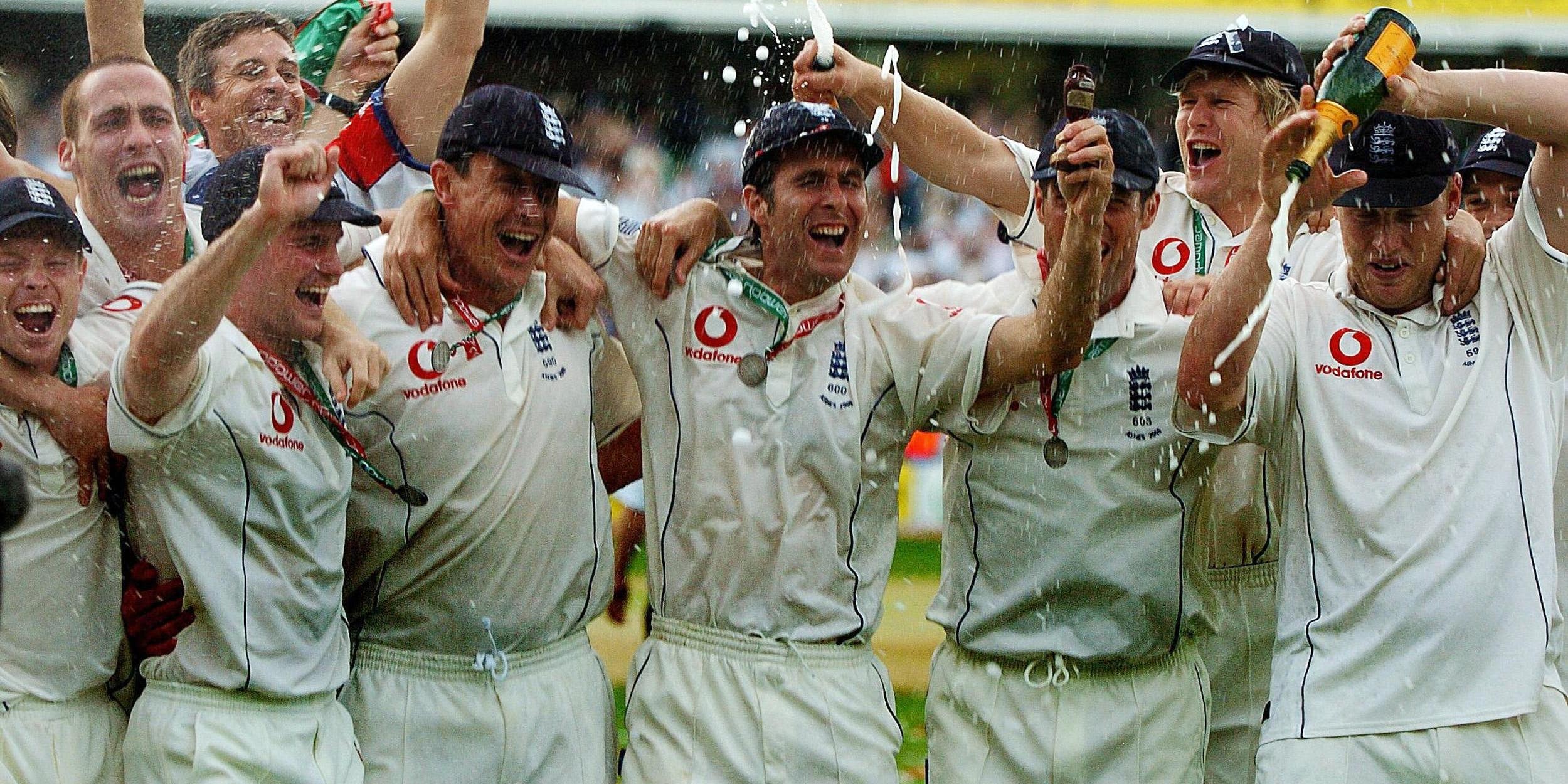 England won the Ashes for the first time since 1987 on this day in 2005 after drawing the final Test against Australia at The Oval for a famous 2-1 series victory.

Michael Vaughan’s side produced one of the country’s great sporting moments to end a run of eight Ashes series defeats after seven weeks of thrilling action had gripped the nation.

It was a dramatic conclusion to what is widely regarded as one of the best-ever series between the two arch enemies.

Kevin Pietersen’s thrilling century on the final day of the fifth Test – his first for England in a Test match – batted Australia out of the game after England had been in a perilous position at lunch.

Pietersen set the tone for his excellent career, with a majestic 158, memorable for the way he took on Brett Lee in the second session.

There were jubilant scenes at the end as Vaughan became the first England captain since Mike Gatting to lift the famous urn.

Few would have backed that result after the first Test where England suffered the familiar taste of defeat at Lord’s, where they lost by 239 runs.

But a thrilling two-run win at Edgbaston turned the series, with Ricky Ponting’s side hanging on for a draw at Old Trafford before going down to a three-wicket loss at Trent Bridge, setting up the thrilling finale at the Oval.

The Queen and Prime Minister Tony Blair led the tributes, while Vaughan’s side were given a rapturous reception in London’s Trafalgar Square during a victory parade the following day.