Home The Ashes On this day in 2009: Anderson and Panesar steer England to unlikely Ashes draw

On this day in 2009: Anderson and Panesar steer England to unlikely Ashes draw 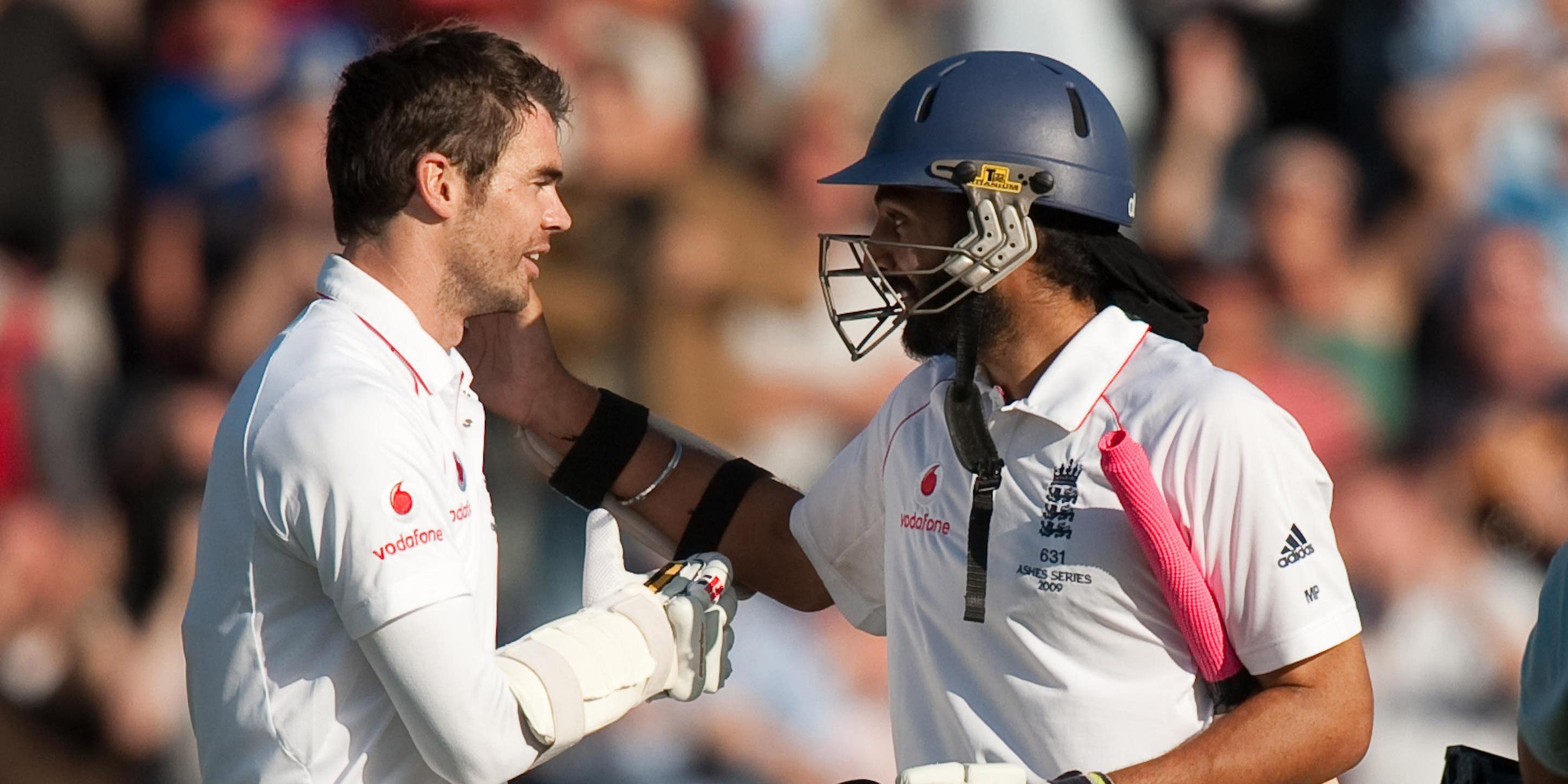 Last-wicket pair James Anderson and Monty Panesar delivered a defiant partnership to secure a thrilling draw for England in the opening Ashes Test on this day in 2009.

Dominated by Australia for the majority of the match in Cardiff, England produced a determined display to salvage a draw just as they seemed set to subside to a comprehensive defeat.

Having slipped to 70 for five in the morning session of the final day to face the prospect of a humiliating innings defeat, Durham all-rounder Paul Collingwood spearheaded England’s stunning fightback with a magnificent 74 spanning 343 minutes at the crease.

But with a minimum of 11.3 overs remaining and England still trailing Australia by six runs, Collingwood fell to a juggling catch at gully to leave England’s slim prospects resting on Anderson and Panesar.

Neither player has much pedigree with a bat in their hands but the pair repelled 69 deliveries and defied Australia’s best efforts for 40 minutes to provide a memorable finish for a crowd who gave them a standing ovation at the end of every over they survived.

Anderson ended unbeaten with 21 runs from 53 balls with Panesar also holding firm on seven not out from 35 deliveries as England would ultimately go on to regain the Ashes with a 2-1 series win.