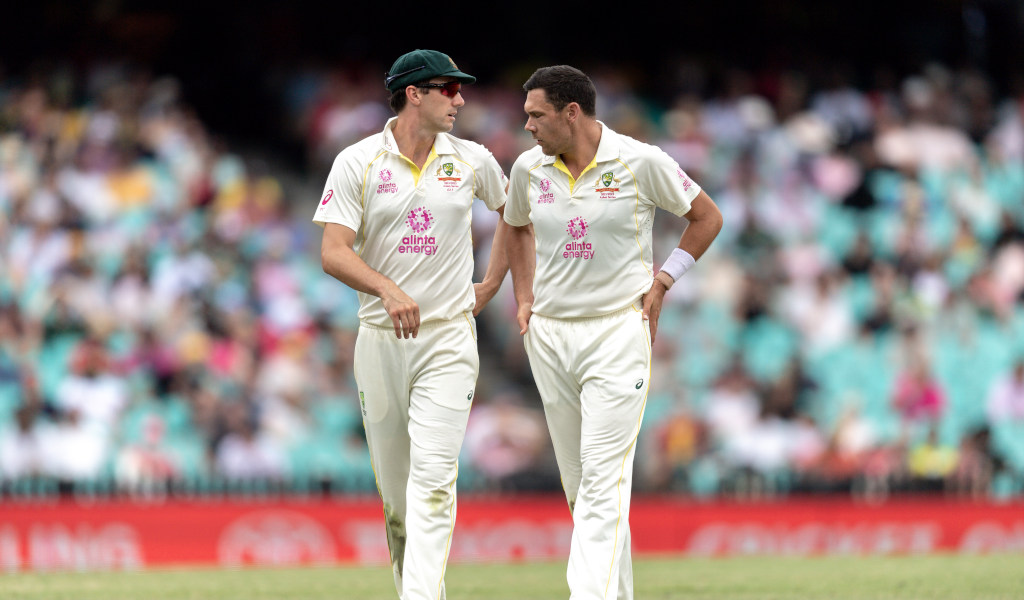 Australia captain Pat Cummins had no regrets about falling one wicket short of a 4-0 lead in the Ashes, admitting he found a tense draw in Sydney “a lot of fun”.

Cummins was denied victory for the first time since taking over as skipper at the start of the series, but only by the slenderest of margins.

Hunting 10 English wickets on day five at the SCG, he saw his team take nine before number 11 James Anderson negotiated the final over of the match to claim a share of the spoils.

England were second best by a distance, never even contemplating a dart at the winning target of 388 and finishing 118 short, but Cummins was not in the market for recriminations.

“Most of all it was a lot of fun. They fought hard, that’s why we love the game,” he said.

“Having a lot of runs on the board meant we could get pretty creative out there and it always felt like we were looking for wickets. The hardest thing was trying to choose amongst our five bowlers.

One possible slight on Cummins’ largely impressive leadership was the timing of his declaration on the fourth evening.

He allowed the lead to stretch well beyond what England might realistically have chased down despite an uncertain weather forecast that threatened to take further time out of the game.

In the end, only seven overs were lost to rain on day five but bad light did mean he was unable to bowl pace for the final three overs.

That allowed Steve Smith to make an unexpected breakthrough with his part-time leg-breaks but also meant Anderson’s last-gasp cameo came against a much gentler brand of bowling.

“I’ve learned the weather forecasts are hopeless! I don’t think we needed to hand it to them (a smaller target) on a platter, but for sure we were willing to risk England winning,” he said.

“I thought 100 or 110 overs was about the right amount of time to get those wickets. I would have liked to bowl Scott Boland at the end, but I think it was probably the right decision… it got pretty dark out there.”