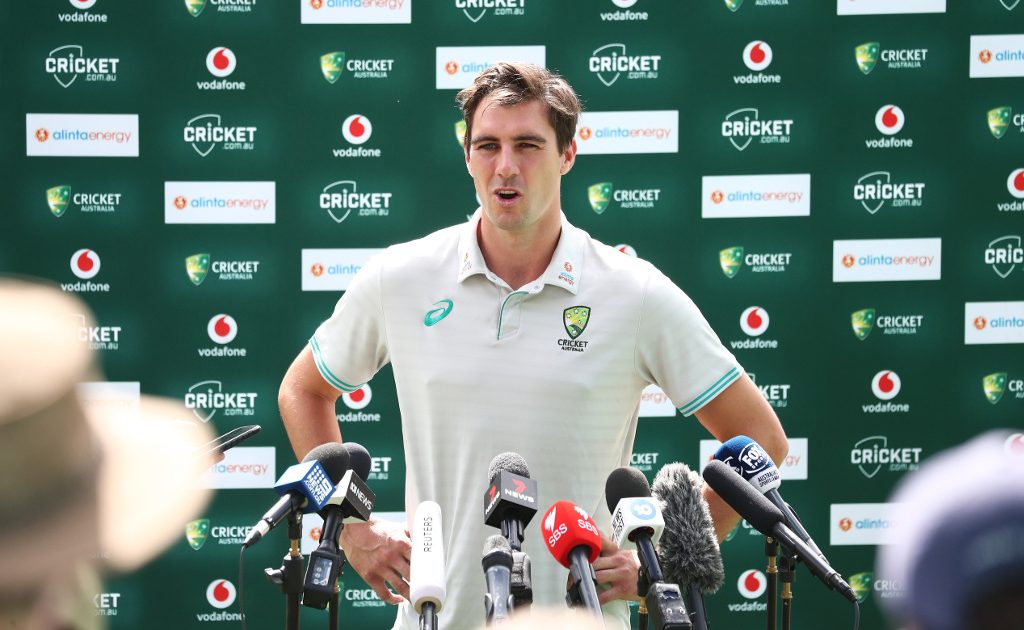 Australia Test captain Pat Cummins foresees a bright future for the side in the coming years, but believes overseas success is what hallmarks a truly great side.

Australia currently have a strong squad made up of a mixture of seasoned professionals and some budding young talent, with strength in depth in both the batting and bowling departments.

They have made short work of England in the current Ashes series, racing into a 3-0 lead after just 12 days of cricket.

The Ashes series have also seen the Test debuts of wicketkeeper Alex Carey – who played all three Tests after coming in for Tim Paine – while fast bowlers Scott Boland and Michael Neser each had a chance to showcase their skills.

Travis Head also starred with bat in hand before contracting COVID-19, and another fast bowler Jhye Richardson grabbed a five-for in his comeback Test.

With this in mind, it comes as now surprise that Cummins is looking forward to the future with keen eyes, having also made his bow as captain in the series.

Set up for next few years

“The opportunity to debut three guys and have a few guys like Trav Head, who has stepped up midway through their career, it just really feels like we’ve set up for the next few years,” Cummins said at the SCG on Tuesday.

“I think the most immediate challenges are going to Pakistan, playing overseas, winning in the sub-continent.

“It seems like the best Aussie teams in the past it’s non-negotiable you’ve got to win at home every summer, but I feel like we’ve got a real squad of high-class players that can step in at any time.”

So far legspinner Mitchell Swepson has not been given a chance, but Cummins expects him to get a shot when they play outside Australia in the coming year or two.

“I think you need to have the conditions to suit,” Cummins said when asked about the Queenslander.

“I don’t think anywhere in Australia that I’ve played on in the last few years has probably dictated two spinners.

“I would love to have that option, he (Swepson) is a classy spinner, we’re itching to get him in the side one day.

“We think he will debut at some stage. Probably most likely (with) the amount of sub-continent tours we’ve got coming up, that’s going to be his opportunity.”

The Australia skipper also spoke highly of the allrounder Cameron Green, who with seven wickets so far in the series provides a lovely balance to the side.

“I probably didn’t fully appreciate just how good he was as well not bowling the 30 overs in a game, the 40 overs you might from a frontline quick,” added Cummins.

“I just love that he’s stayed patient even in the short bursts he’s had. He’s had a huge impact on the game.

“I feel really lucky to be able to call on him. He’s a genuine fifth-bowling option, he’s not a last resort, he’s there to take wickets.”

The fourth Test starts at the SCG on Wednesday.