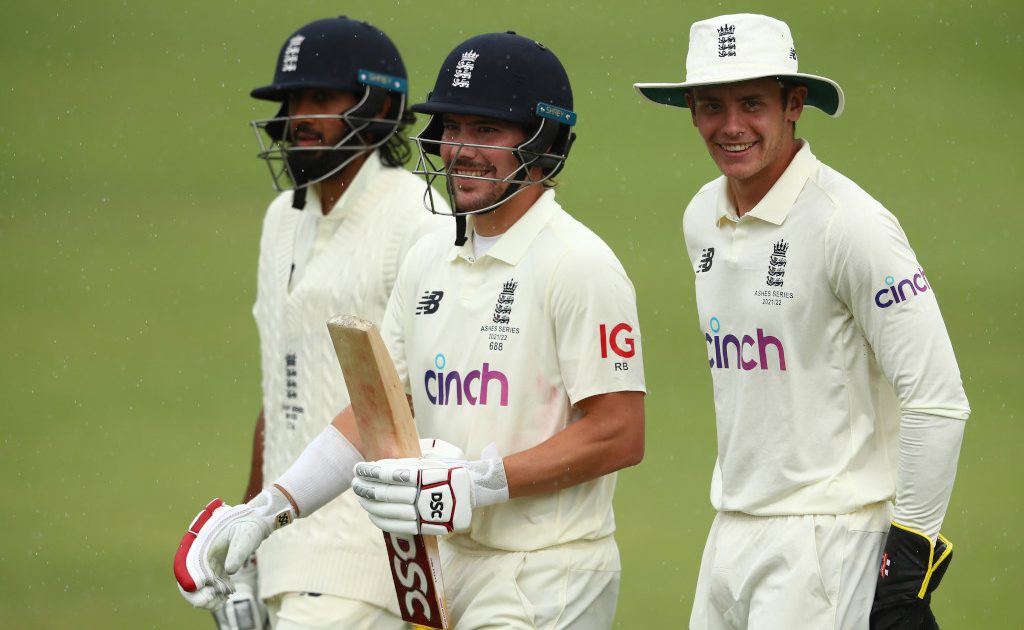 Play was abandoned on the third day of England’s warm-up match against England Lions in Brisbane due to rain.

The rain continued on Thursday, with the Australian Bureau of Meteorology recording almost five millimetres fallen between 9am (11pm London) and 12pm as the match was abandoned.

England’s Ashes squad members who were involved in the T20 World Cup have not been included in the warm-up fixture and will stay in quarantine for one more week.