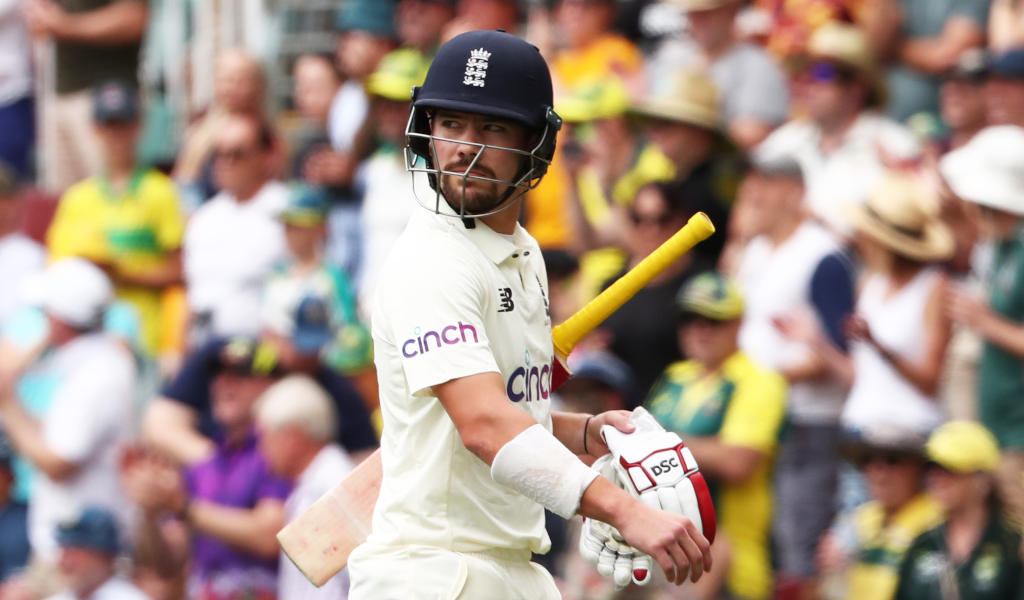 England’s 2021/22 Ashes campaign began in chaotic fashion as they staggered to 59 for four on the opening morning at The Gabba.

He lost his leg stump to a swinging delivery from left-armer Mitchell Starc, leaving himself exposed by some poor footwork, to ensure an explosive start to the first Test in Brisbane.

The moment is set to go down in Ashes lore next to Steve Harmison’s horror wide in 2006 and a fierce home attack ensured things only went from bad to worse for the tourists.

Josh Hazlewood’s relentless probing with the new ball soon accounted for Dawid Malan and he then rounded up Root, the world’s number one batter, for a nine-ball duck.

That left a huge rescue job in front of Ben Stokes, making his first competitive appearance in five months following his hiatus from the game, and he could not dig his side out of a hole. Instead he became Pat Cummins’ first scalp as his country’s 47th men’s captain.

Opener Haseeb Hameed stood firm, showing admirable calm as he batted through to lunch for 25 not out, while Ollie Pope chipped in 17no.

The day had started with England leaving Stuart Broad out of their XI in favour of spinner Jack Leach, a bold selection having already rested their other champion seamer James Anderson.

Months of build-up finally came to an end at 10am local time – or midnight for the hardy UK fanbase – and it came down to two men: Starc and Burns.

What followed was a nightmare for the latter, who shuffled across his crease to a ball that looked to be sneaking down leg but hooped in and smashed the base of an exposed stump.

Starc, whose place had been under pressure from Jhye Richardson, exploded in celebration with veins popping in his neck and Burns skulked away wondering why he had not held his shape and tucked the ball off his pads.

The last time a wicket had fallen to the first delivery of the Ashes was back in 1936, Stan Worthington taking the Burns role for England, but Sir Andrew Strauss came close too, caught off the third ball of the 2010/11 campaign.

Malan guided Starc’s follow-up to third man for four and Hameed got up and running with a neat straight drive down the ground but Hazlewood was about to make his presence felt.

A shade of seam movement and extra bounce had Malan fencing to debutant wicketkeeper Alex Carey for six and then he grabbed the key man Root for a nine-ball duck. Sowing the seeds of doubt with three probing deliveries, he snagged the outside with the fourth. After 20 balls, England were flagging at 11 for three.

For a while it looked as though Stokes could match Hameed’s solidity but his comeback innings yielded just five runs, with Cummins attacking from round the wicket and forcing a cramped push to third slip.

Hameed got away with one slash over the slips but was otherwise reassuringly sound, while Pope started brightly under fierce pressure.