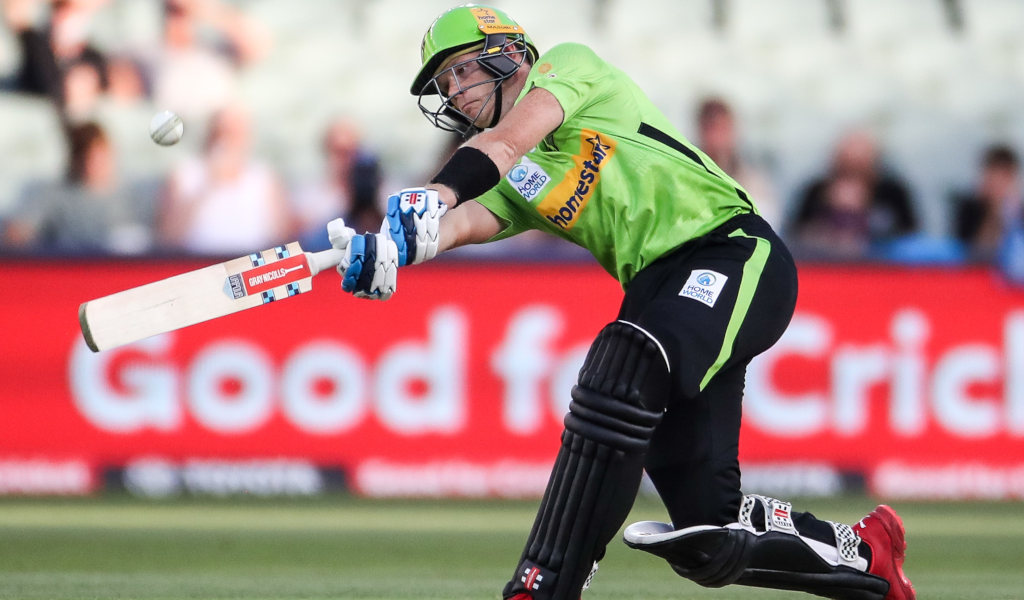 Sam Billings is ready for an unexpected Test debut in next week’s Ashes finale after a “whirlwind” call-up that saw him swap a flight back to England for a 500-mile road trip.

Billings has been in Australia enjoying a starring role with Sydney Thunder in the Big Bash League but was less than two hours away from jumping on a plane home when he was asked to link up with the Test team.

With wicketkeeper Jos Buttler ruled out of next week’s series-ending clash in Hobart due to a fractured finger and Jonny Bairstow also carrying a thumb injury, Billings looks set to pick up the gloves and go straight from the Twenty20 circuit into the Test arena.

With flights deemed too risky given the current sweep of Covid-19 Down Under, he first had to complete a 12-hour journey from the Gold Coast, followed by a strict quarantine and testing process at England’s Sydney base.

That meant he was following the nail-biting conclusion to England’s fourth Test draw on his hotel television, knowing he could soon be joining the fray.

“It’s been a bit of a rollercoaster. I was probably 90 minutes to two hours away from getting on that plane back to the UK. It all happened pretty quickly,” he said.

“I went to the airport, got the rental car and cracked on, basically. It’s been a bit of a whirlwind. For the first 24 hours I hadn’t heard anything or seen anyone, I’m sure I’ll find out later this week if I’m playing.

“I’m just really looking forward to it. Like any side I go into, I will try to make a positive impact on and off the field, and add to any environment I am put into. We will have to wait and see if that Test cap does come.”

Ollie Pope’s solid showing as a substitute keeper at the SCG – he took four catches after being thrust into the role at short notice – means Billings is not guaranteed a game on Thursday but if he does get the nod, the Kent player will not be daunted.

He has played more short-form cricket in the past few years, managing just four outings for Kent in last year’s LV= Insurance County Championship – but at the age of 30 he has more than a decade of first-class experience under his belt.

Add in 58 limited-overs internationals and his recent work on Australian pitches in the BBL and he feels capable of a smooth transition to the five-day game.

“Regardless of the format, regardless of circumstances, with experience and maturity you can get a sense of where your game is at,” he said.

“I’ve been playing and scoring runs. I’m 100 per cent ready if required. It doesn’t really matter what format it is, it’s more about rhythm, confidence and mindset. As a player you look where your opportunities may lie to progress your career…for me it has always been with the white-ball side so far.

“But this has been on the radar, it’s something I’ve really wanted to do.”

Despite that, Billings did have to ponder his position when he was invited to join up as injury cover.

He was already in the Twenty20 squad that will play a three-match series against the West Indies later this month and, with Covid restrictions around travel, he was eager not to sacrifice that opportunity for a 12th man role in Tasmania.

“I had a few moments on my own in my hotel room and weighed it up, of course. I’ve done way too much running the drinks,” he said.

“I just need to play cricket. I wasn’t going to compromise that opportunity in the West Indies but of course I will always help and offer anything I can to the England team.

“I think I got that assurance that I would make it to the West Indies as well, whether I got the opportunity or not.”