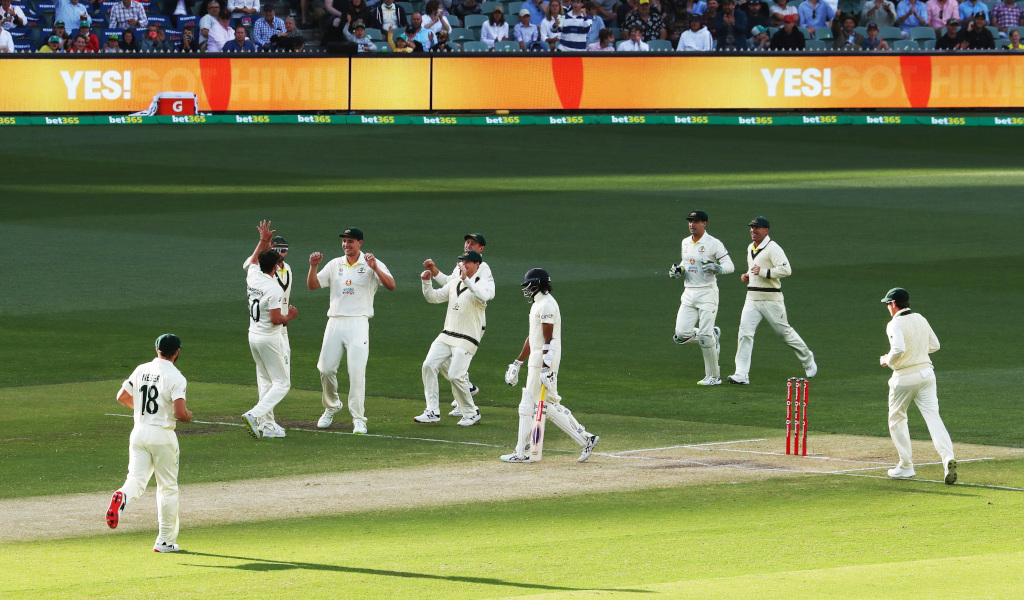 England’s Ashes tour was plunged into doubt after a Covid outbreak hit the touring camp, but the Boxing Day Test was given the green light to go ahead pending further PCR results.

There have been four positive cases among the wider travelling party – two members of the backroom staff and two family members – while Stuart Broad and Craig Overton, who are not in the playing XI this week, have been confined to the team hotel as a precaution.

The drama started just over an hour before the scheduled start of play on day two at the MCG, when it emerged that the tourists had not made the journey to the ground.

A team spokesperson confirmed a family member that had been spending Christmas with the squad had returned a positive rapid antigen test and that the rest of the team was undergoing a fresh round of screening.

Three more positives emerged, but with the team all negative local health advice indicated that the game could take place. After a half-hour delay and a truncated warm-up, the action did continue in the middle but that is unlikely to be the end of the story.

Both England and Australia will take the more accurate PCR tests on Monday night, with a nervous wait over the outcomes. Given the level of socialising that went on with the family and friends over the festive period, it appears highly feasible that the virus could have spread.

The series has been able to go ahead as planned so far despite rising case numbers in Australia, which has adopted a more stringent approach to restrictions than the UK throughout the pandemic, but this is not the first bump in the road.

Home captain Pat Cummins was ruled out of the second Test in Adelaide after he was was alerted as a close contact having dined next to a Covid carrier on the eve of the game.

The next Test is due to take place in Sydney and, with New South Wales seen as the Covid hotspot of Australia, the next steps are uncertain.

England made it clear in the run-up to the series that they were unwilling to accept a hard bubble ‘lockdown’ on tour and negotiations on that front are likely to form part of the backdrop over the hours and days to come.