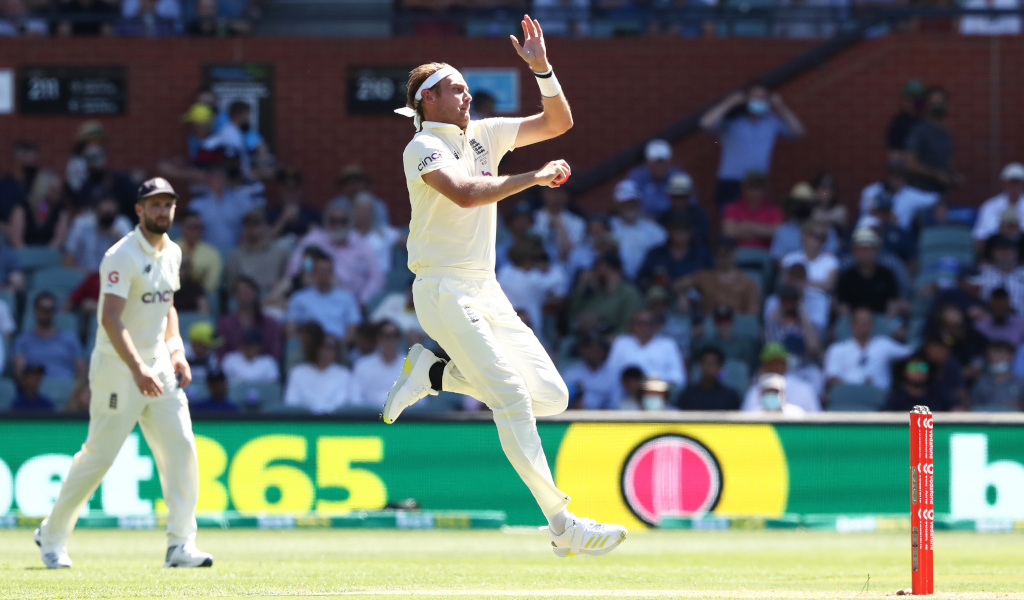 Returning England seamer Stuart Broad marked his 150th cap with an early wicket in the second Ashes Test, but was unable to prise out old rival David Warner in the first session.

The day-nighter at Adelaide Oval began in dramatic fashion as Australia skipper Pat Cummins was ruled out of the match after coming into contact with a coronavirus case, leaving Steve Smith back in charge for the first time since the 2018 sandpaper scandal.

Smith won the toss and chose to bat first, giving Broad and James Anderson an immediate chance to make their presence felt as they both returned to the side.

Broad, selected ahead of spinner Jack Leach to become just the 10th player in Test history to reach the 150 milestone, removed opener Marcus Harris with the new pink ball courtesy of a wonderful catch from wicketkeeper Jos Buttler but England could not force another breakthrough as Australia reached 45 for one at the tea break.

Warner, carrying a rib injury, had a torrid first hour during which he was tormented by Broad and managed just one run, but he was still in place at the break with 20 not out to his name.

Marnus Labuschagne was also in position on 16no, giving the home side a decent platform to work from.

After his surprise omission at The Gabba, all eyes were on Broad as England took the field and he almost reprised his 2019 dominance over Warner when his very first delivery to the left-hander came desperately close to a knockout blow.

Leaving a ball that tailed in from round the wicket, Warner saw the ball rap him on the pads as England launched into an appeal. He survived that scare, but soon lost opening partner Harris as Broad and Anderson built up pressure with strict lines and lengths.

It took a rare loose one to bring the success, Harris going after a drag down but feathering his attempted pull and watching on as Buttler leapt to his right to claim an athletic one-handed catch.

Warner’s struggles continued but England twice burned DRS reviews attempting to send him on his way lbw, Broad losing one on height and Chris Woakes with one that pitched outside leg.

Australia mustered just 15 in the first hour of play but doubled their scoring rate after drinks, aided by a couple of stray balls that crept in.

Labuschagne had started brightly but could not settle into a rhythm and almost gifted England a much-needed wicket when he stepped back to Ben Stokes and flashed a late cut between Joe Root and Rory Burns in a staggered slip cordon.