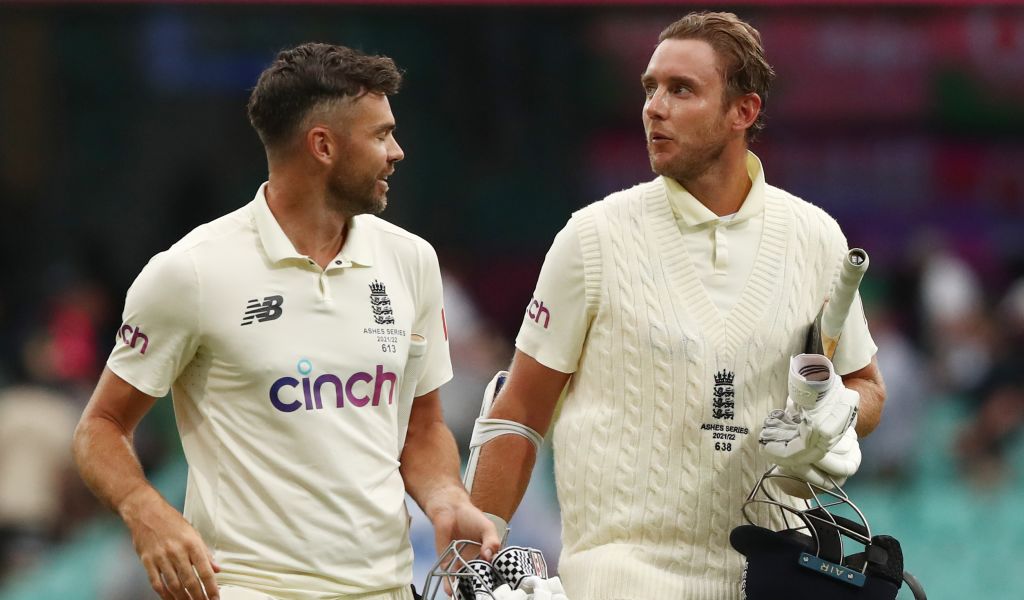 That was some Test match in Sydney, a reminder of just how great the longest format can be. But this is no time to rest on laurels. There are still ways to make the grand old format even better…

If you were to try to explain to an American that you could play a five-day cricket match that ended in a draw and still have it be easily the most thrilling match of the series so far, then they’d almost certainly be able to believe it.

After all, it’s not that difficult a concept to take in. Who are we to assume that all Americans are preternaturally dense when it comes to such trivial notions? Have we descended to that level of blinkered racism already? Of course not. Frankly, if there’s an inability to understand the appeal of a match whose outcome is in doubt to literally the very last scheduled ball of the contest, then the blame must fall upon your shameful inability to convey cricket’s inherent awesomeness, dear reader, not to some cliched straw-man American you’ve shamefully concocted.

Or, to be more precise, we’re here to talk about how Test cricket can be made even greater. For, as thrilling as that fourth Ashes Test was, it also highlighted several areas where this wonderful sport can still be improved.

For example, when Jos Buttler and monogram-buddy Jonny Bairstow both suffered injuries that prevented them from keeping in England’s second innings, Ollie Pope was allowed to take the gloves instead. This is a relatively new rule, and a good one. 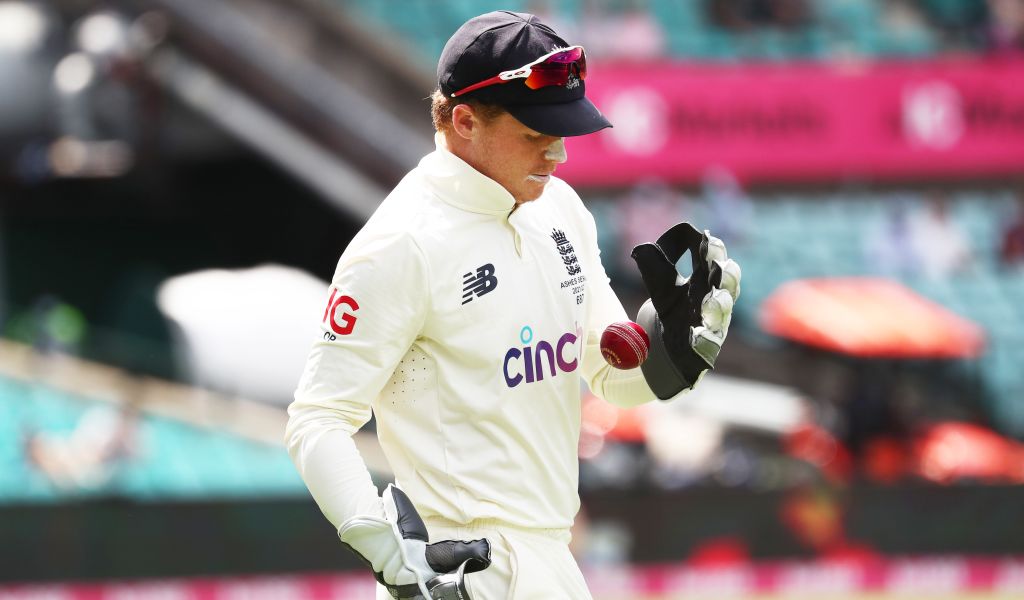 But is it completely fair in its current form? Australia, after all, had become accustomed to a certain proportion of their edges being fumbled by Buttler’s oafish hands. Is it fair for them to suddenly be dismissed whenever a chance went within range of Pope? Of course not.

Luckily there’s an obvious solution. Calculate the likelihood of a chance being dropped based on the injured keeper’s most recent, say, five Test matches. Then use a random number generator or a twenty-sided die the umpire keeps in their pocket to accurately emulate that rate with the replacement keeper. Simple, and fair.

What about captains declaring when an opposition bowler is on a hat trick? This is obviously good and funny stuff, and full credit to Pat Cummins for putting off the declaration long enough to accomplish this feat. Worth sacrificing a 5-0 clean sweep just for that moment, in my opinion. Clean sweeps happen all the time. Cummins being a mischievous scoundrel may be a once in a lifetime event.

In fact, it was such a good effort from Cummins that I feel like captains should only be allowed to declare if an opposition bowler is on a hat trick. If nothing else, it will swiftly lead to a significant boost in the proportion of ‘hit wicket’ dismissals in world cricket. Never a bad thing, as we recall from Jos Buttler’s effort in Adelaide.

What about balls cannoning into the stumps and not knocking bails off?

Should a law be introduced called ‘hitting the stumps’ after the ball has hit them but not dislodged the bails? What do you think guys? Let’s be fair to bowlers! 😜😬😋@shanewarne#AshesTestpic.twitter.com/gSH2atTGRe

Sachin Tendulkar popped up on social media to suggest that there should be a dismissal type called ‘hitting the stumps’ for just such an occasion. But at the risk of bringing the Tendulkarheads down on me, I think Sachin’s got this 100% wrong.

After all, if it’s good enough for the criminal justice system to allow a bail position to be the initial arbiter of whether somebody is in or out, then it should remain good enough for cricket. Ben Stokes can testify to this on both fronts.

Instead, if a bowler hits the stumps and fails to knock the bails off, that should be at the very least a no ball. In fact, I’d go so far as to say it should be grounds for a bowler to be removed from the attack. If you can’t give it enough oomph to disturb the bails, young Cameron Green, let somebody else have a bowl who will. 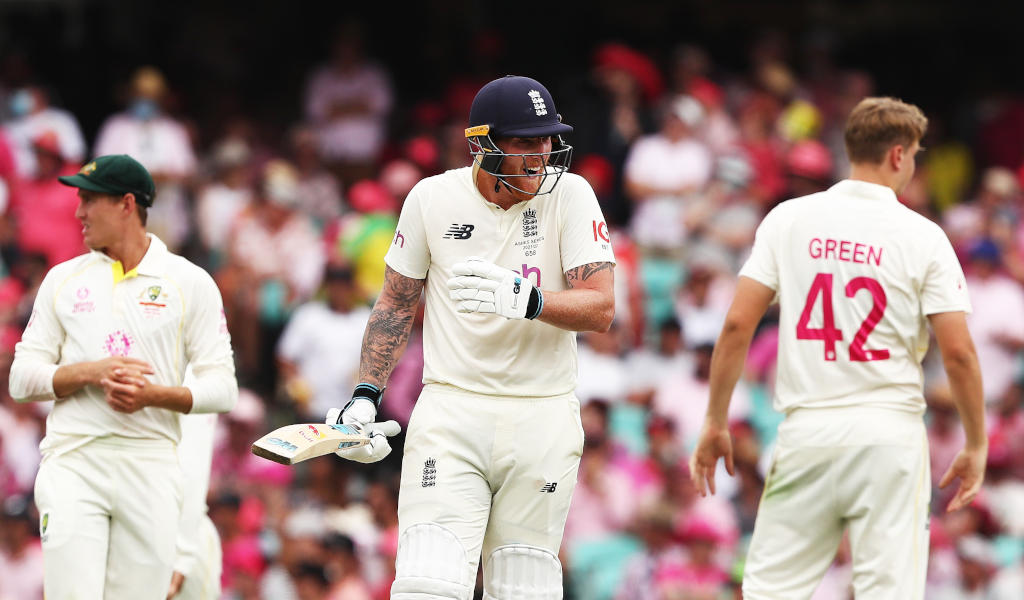 These weren’t the only moments in this Test that warranted further examination, of course. For example, the aforementioned Green also survived a run out after his bat was grounded and then bounced in the air. This is, again, a more recent change to the Laws, but not a good one.

If we’re going to allow bounced bats to count as grounded then batters should be forced to bounce them for the duration of the entire run, a la basketball. You could use it as a way to get your straw-man Americans interested in the game. (And, of course, your straw woman Americans as well – let’s not add rampant sexism to your list of hate crimes.)

Joe Root bowling bouncers? Excellent. But make him bowl two an over.

Bad light forcing seamers out of the attack? Yes. But once the spinners are on, make the light even worse, if possible. Perhaps with giant umbrellas held by the close-in fielders?

Green covering too much ground at gully with his ludicrous combination of athleticism and enormousness? Shrinking rays will fix him up, quick smart.

We’re tinkering at the edges here, of course. But that’s only reasonable. It’s already a magnificent sport. As we’ve mentioned, the very best. We don’t want to throw the baby out with the bathwater. Indeed, you don’t want to throw babies anywhere. Not these days. You’re in enough trouble with the PC brigade as it is.