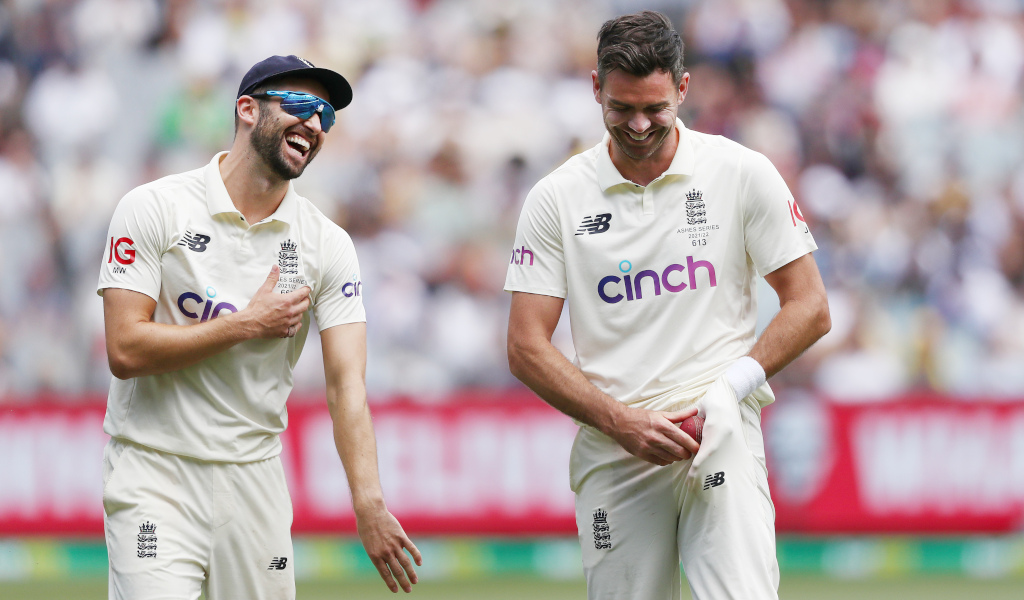 James Anderson promised England’s Ashes woes would not open up a rift between batters and bowlers after another top order failure undermined his good work with the ball.

Anderson was exemplary on day two of the Boxing Day Test, finishing with four wickets for 33 runs at a cost of little more than one an-over throughout as he showed his enduring class at the age of 39.

Mark Wood also busted a gut for the cause, persistently pounding out speeds in excess of 90mph to restrict Australia to 267 all out.

But, by finishing on 31 for four in just 12 overs of their second innings, England’s inability to post major totals is likely to render the attack’s efforts a footnote.

By the time the sides leave Melbourne it seems inevitable that only an escalation in the Covid scare among the English touring party could stop Australia securing the urn with an unassailable 3-0 scoreline.

Captain Joe Root had been critical of his bowlers after the previous match, suggesting they did not bowl attacking lengths often enough, but the overwhelming problem has been the glaring paucity of runs.

Despite that, Anderson was clear that the adversity would be faced as one group not as split factions.

“We knew that the last 12 overs would be tough with the new ball but, even so, to lose four wickets was really disappointing,” he said at the close.

“But it’s dangerous as a bowler to talk about our batting. We’re a team here. All I can see from the batting group is how hard they are working to put things right. It can be difficult. I don’t want to get into a bowlers versus batters thing.

“It’s been a tough tour. It always is here, it’s never simple. There’s always stuff going on but I’ve got the opportunity to put an England shirt on so I’m enjoying that. I love that.

“We’d all love the results to be going better but that can happen. We’ll keep working hard at that and hopefully it will.”

Anderson was able to take some satisfaction from his haul, his best work of the series to date after being left out in Brisbane and falling short of his best in the day/night match in Adelaide.

“I got into a really good rhythm and felt like I was challenging with every ball. There was a spell late in the first session when I felt like I was going to get a wicket every ball. I honestly felt in that good, so it’s just nice to get some wickets when you’re in that sort of rhythm because it doesn’t happen all the time.”

As for the decision to stand him down at The Gabba, a decision England framed as fitness related without pointing to a specific injury, the record wicket-taker said: “Who knows if I could have played because I wasn’t picked? But I felt fit, yes.

“The decision was made that I missed the game and there’s no point talking about that now.”