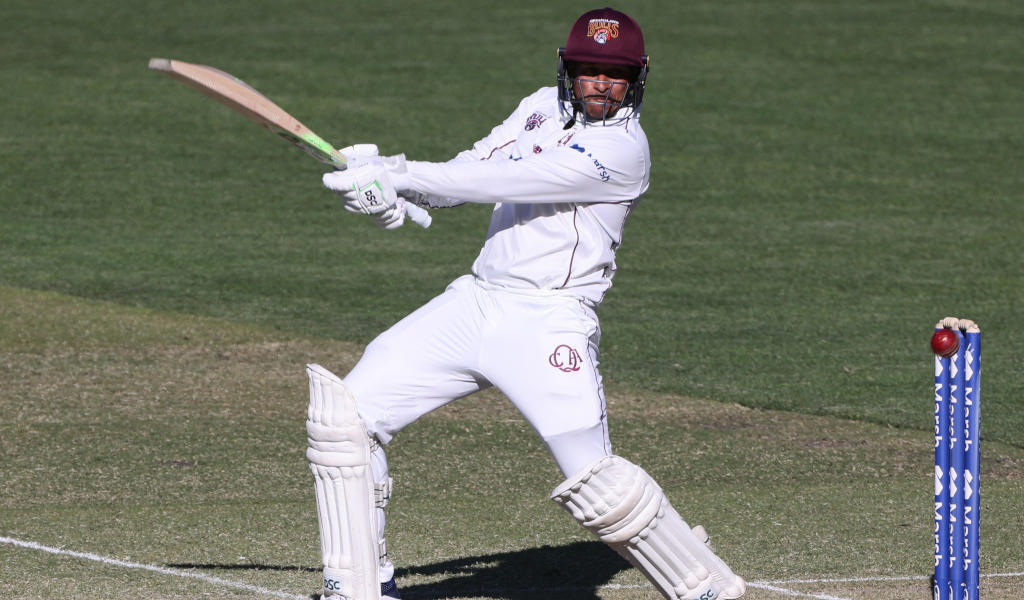 Former Australia skipper Ricky Ponting believes that Usman Khawaja would be the best man to replace David Warner if he is unable to play in the second Ashes Test in Adelaide.

Warner did not come out to field for England’s second innings having taken a couple of blows to the chest on his way to posting 94.

The hardnosed left-hander will have Australia’s second innings to assess whether or not he can bat having been cleared of any sort of break by x-rays.

Khawaja hasn’t opened the batting in First Class cricket for some time but does have a pink-ball ton at the Adelaide Oval as an opening batter.

“If (Warner) can’t play, I think it’s probably Khawaja that goes in and opens the batting,” Ponting told cricket.com.au.

“Although he hasn’t done it the last couple years for Queensland he’s done it for Australia before. He’s obviously in really good form, so I think that’s probably the way to go.

“I think he’s experienced enough, but the fact he hasn’t done it for a while would be a bit of a concern.

“As a batsman, if there’s one place you probably don’t want to be opening it’s a pink ball game in Adelaide because you might happen to get put in at night.

“We saw what England did there on the last (Ashes) tour (in 2017-18) – there was one night in that Test match when England got to bowl late with a brand new ball and it swung all over the place.

“I think he can do it, and if it’s not him then I’m not sure where I’d be looking at it because you don’t want to be bringing anyone young in because it’s such a big series.”

Ponting believes Warner’s injury might be worse than has been made out by Australia.

“It’s a worry that he’s not out there at all,” Ponting said.

“We’ll have a better idea when he bats or if he bats at all in the second innings.

“I noticed that after he got hit, he came out after one of the breaks and you could see that he had a little (chest) guard over that area.

“I got a bit worried about it then because I’ve never seen him with a chest guard on before.

“Even if it’s just bruising, I would think that he’d be out there fielding so there might be a bit more to it than what we’re hearing.”