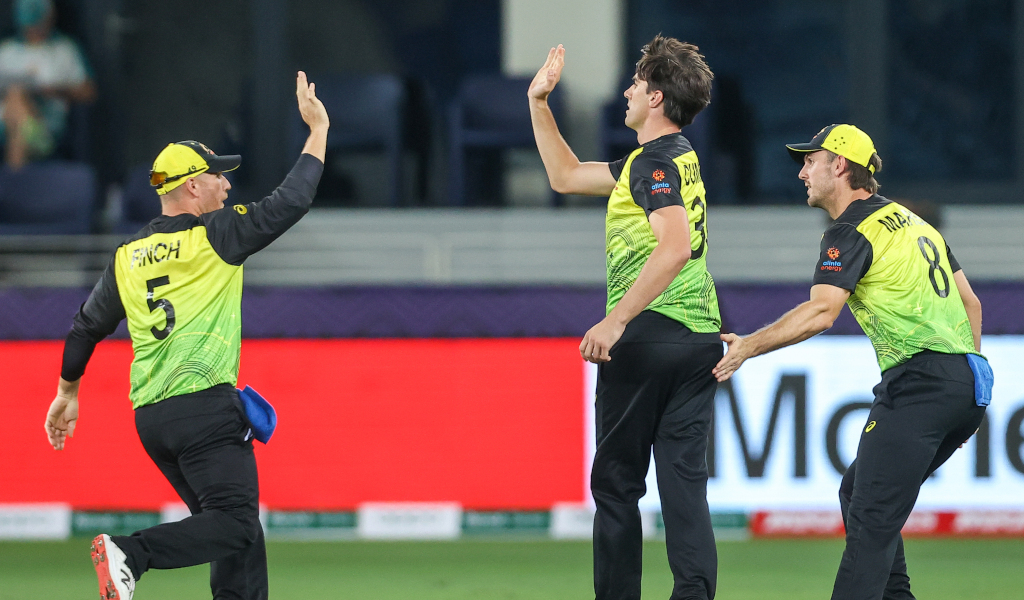 Australia will take confidence from their T20 World Cup win into the forthcoming Ashes series with the squad “buzzing”, Pat Cummins has said.

Cummins, named as vice-captain in Australia’s 15-man squad for the first two Tests, said the victory was a “perfect way to start off the summer” and that a break away from red-ball cricket would prove a benefit rather than a hindrance.

Australia took their first T20 World Cup with an eight-wicket victory over New Zealand, and Cummins and the side are now preparing to face in England in the Ashes starting at the Gabba on December 8.

Speaking from hotel quarantine, the 28-year-old said: “Absolutely, I think we’ll take confidence from it.

“It’s a different format but you saw someone like David Warner, player of the tournament, that’s going to (give) him huge confidence going into the summer.

But “winning a title on the world stage” will change that, he said.

“It can be era-defining for a side, everyone’s absolutely buzzing, really excited for what’s next.

“We’ve got seven or eight from that last tour here together ready for The Ashes. It was a huge win and a perfect way to start off the summer.”

Australia have not played Test cricket since they welcomed India at the start of the year, but Cummins said the switch to the long form game would be more than manageable.

“I think the first obvious benefit of the short spells is we’re feeling really fresh,” said Cummins, who was leading wicket-taker in Australia’s 4-0 home Ashes success in 2017-18, with 23.

“I always feel like it’s better to be underdone than overdone coming into a big Test series.

“I had about five or six months of pre-season where I bowled and trained, but with no games it gave me the chance to focus on a few different things.

“So my body feels as good as it has in a couple of years, there’s no niggles.”

Brisbane will host the series opener, before a day/night Test in Adelaide and the Boxing Day Test in Melbourne.

The teams will travel to Sydney in the New Year but a question mark remains over the site of the fifth Test with harsh border restrictions in Western Australia and would-be host city Perth.

Politicians in Tasmania have pushed for Hobart to be considered as a location for the finale, and Cummins was quizzed on whether players would want to go back into a bubble given the length of time they had already spent in quarantine during the pandemic.

“I think in a perfect world we wouldn’t, but we also love playing at Perth,” he said.

“Honestly, there hasn’t been that much conversation about it. It feels like there’s a lot of water to go under that bridge. It’s still four Test matches away.

“Everyone sounds pretty confident it’s going to go ahead, so hopefully it’s a fast, bouncy wicket and we’re there.”