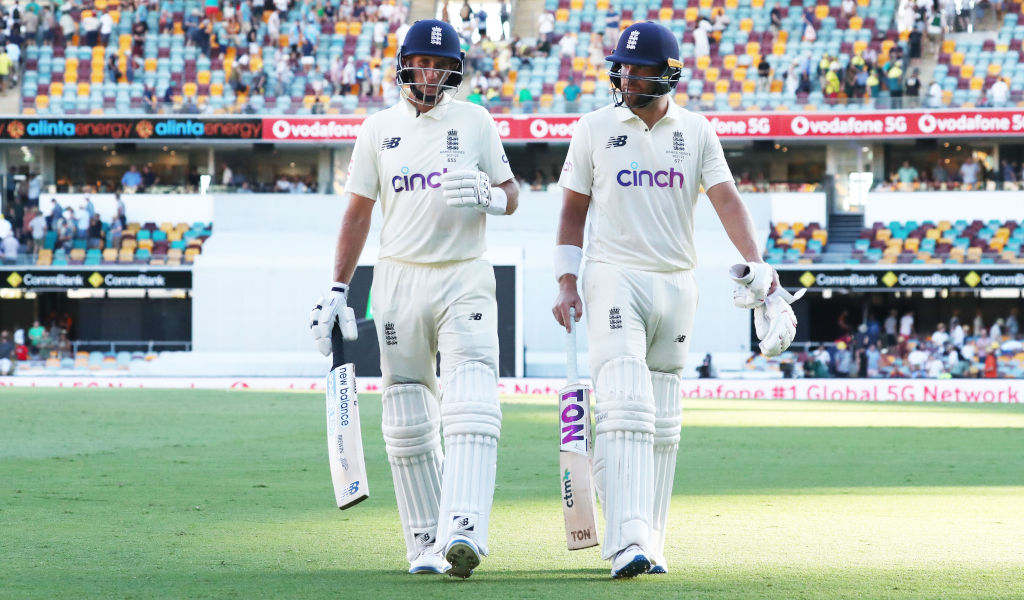 England jump-started the Ashes after two one-sided days at The Gabba, with Yorkshire duo Joe Root and Dawid Malan leading the tourists to 220 for two.

Root (86no) and Malan (80no) will both be dreaming of the big hundreds that are needed to turn a brave fightback into a real chance of a result, while Australia have seen a lead of 278 slimmed down to just 58.

The pair’s stand of 159 is already worth 12 more than England’s first-innings team total from day one, with plenty of batting still to come.

A day after it became apparent that front foot no-balls were not being monitored due to a camera malfunction in the ground, another piece of Test cricket’s technological puzzle was found to be missing.

Cricket Australia confirmed that due to Covid-era border restrictions in Queensland, there was insufficient ‘tech support’ to operate the RTS ‘snicko’ device which helps detect edges.

The home side would have welcomed extra information when a confident appeal against Malan on 16 was dismissed in the absence of the audio tool.

It has been a Test to forget for most England fans, but Rob Hale of ‘Brisbane Barmies’ will remember it for all the right reasons after proposing to his Aussie girlfriend Natalie in the stands.

The pair had their first date at the Melbourne Cricket Ground on the previous tour four years ago.

David Warner was unable to take the field on day three, resting up some bruised ribs after taking a couple of painful blows from Ben Stokes during Australia’s first innings.

With the Big Bash T20 league ongoing at the moment, the hosts summoned a local Gold Coast player who has never played a professional game to help with 12th man fielding duties.

Hugo Burdon did not let anyone down as he made his unexpected bow on the big stage.

The second-string England Lions team are playing against Australia A down the road at Queensland’s Ian Healy Oval, with several Test hopefuls in their ranks.

But any hope that any of the reserve batters would bang the door down went up in smoke as they were bowled out for 103.

The top four made just nine runs between, leaving Lancashire’s Josh Bohannon to top score with a modest 22.

The bowlers did not fare any better, with the locals racking up 158 for one.

Australia head coach Justin Langer admitted there was a premeditated plan to go after Jack Leach, who shipped an eye-watering 102 off his 13 overs. But in doing so he also lavished praise on his own slow bowler, Nathan Lyon who started the game on 399 Test scalps.

After 33 overs in the match, he is still waiting for number 400, rendering Langer’s comments somewhat ill-timed.