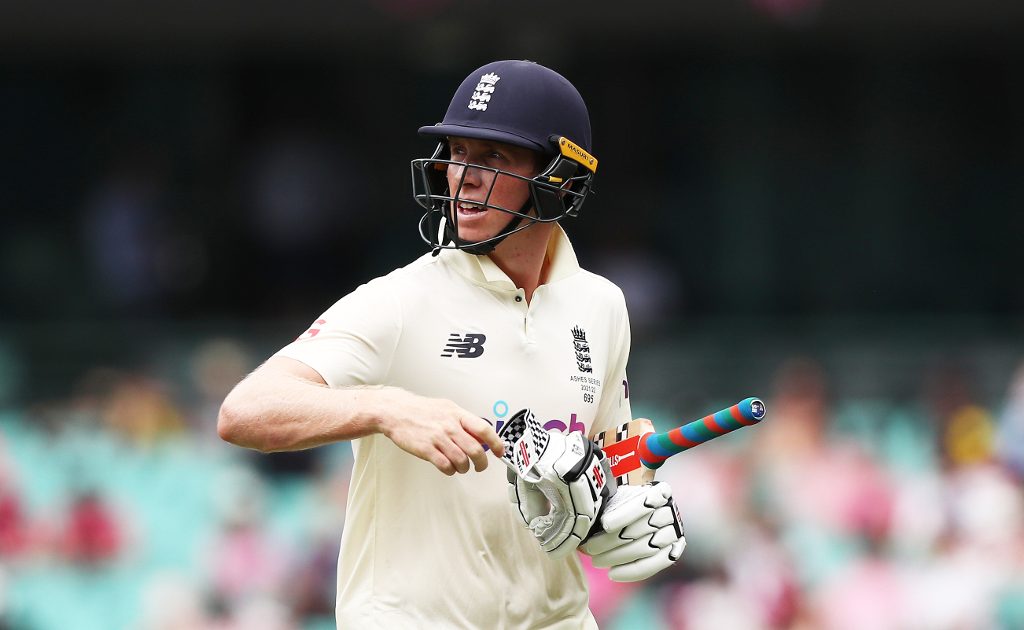 Zak Crawley has suggested that the decline in England’s Test batting is partly due to the “poor pitches” on offer in county cricket.

A one-sided Ashes defeat featuring three hammerings followed by last week’s nail-biting draw in Sydney has led to a familiar bout of soul searching in the English game.

One of the most conspicuous problems is the team’s frequent inability to post significant totals – a problem that starts from the very top of the order.

Rory Burns, Haseeb Hameed and Crawley himself – until a free-flowing 77 on day five at the SCG, at least – have proved easy pickings for the Australia attack and the likes of Joe Denly and Keaton Jennings have fared no better previously.

The skills needed to bat long and score big on a consistent basis appear to be in short supply and Crawley, 23, believes the deck is stacked against those who are trying to do so in the domestic game.

To see him at his best on Sunday – pulling the world’s number one bowler Pat Cummins hard in front of square or using his height to drive lavishly through the covers – it is easy to imagine him being a dominant figure in county cricket.

And, yet, he sits on a truly modest first-class average of 31.21 over four years with Kent.

“I feel like it’s been very hard to open the batting. The pitches have been very favourable to bowlers my whole career.

“At my best I’ve obviously shown something the England selectors have enjoyed, so I got picked with an average of 30. That is less than normal but there aren’t too many openers averaging a lot more than that at the moment.

“I think 34-35 is a very good average for an opener these days and that’s something that’s very different from 10 years ago.”

Crawley’s words are sure to raise a few objections, from ground staff if nobody else but, in an environment where administrators are asking serious questions about the ability of the domestic game to produce international quality players, they could find a sympathetic audience.

“I think pretty much all the grounds I’ve played on have been pretty poor. I can think of about two or three where I’ve got to them thinking ‘this is a really good wicket’.

“So, it’d be tough for me to find somewhere maybe a bit flatter. I think it’s more a country-wide problem and I think it will help our Test team a lot if pitches did start getting better.”

“I watch that innings frequently when I’m going through bad form, to be honest, because it is a nice reminder that I’ve done it before and I can do it again.

“Sometimes if you are feeling a bit rough, you can lose sight of the fact that you can play and it’s always nice to remind yourself.

“I played really nicely that day but I feel like I’m a better player now and that’s because of the failures I had last year. It was all a great learning curve.

“You tend to learn more from your failures than your successes actually and it wasn’t the year I wanted. But I learned a lot about myself and my game and I feel like I can push on from it and become a better player.”