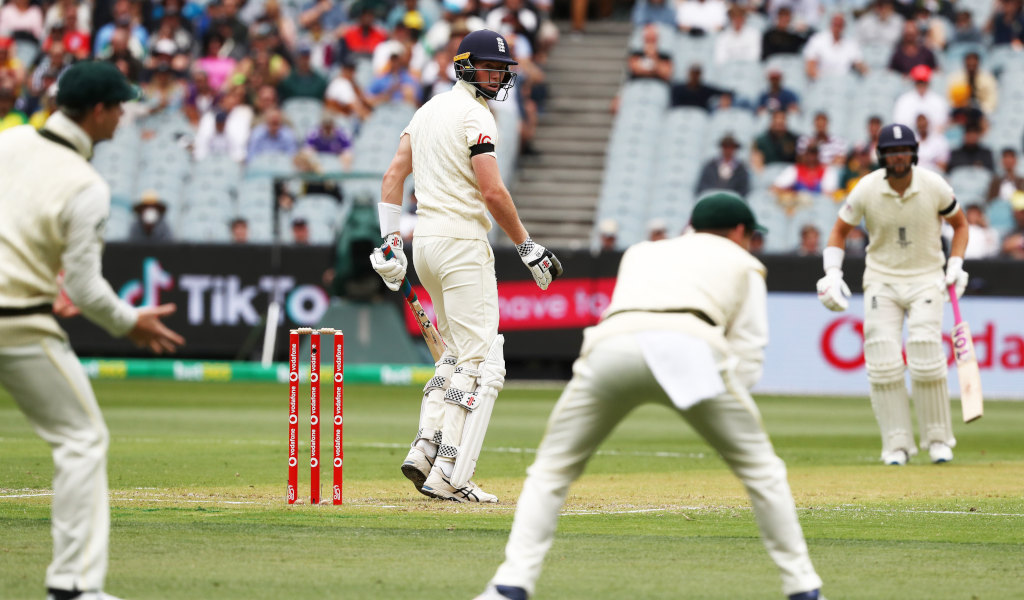 England’s Zak Crawley has given a bullish appraisal of his poor form in 2021, insisting he is ready to turn a batting average of 10 into a century at the New Year Test in Sydney.

Crawley was heralded as the poster boy for a new generation of batting prospects when he scored a magnificent 267 against Pakistan 16 months ago, but his returns have been in tailspin ever since.

He was dismissed cheaply twice on his comeback appearance in Melbourne, a Boxing Day rout that saw Australia retain the Ashes after just 12 days of cricket, lowering his career mark to 26.92 and his annual one to a gruesome 10.81.

The latter is a number that a tailender would be looking to work on, but England have confidence that the 23-year-old can still become a serious top-order player at international level.

It is a belief the Kent batter clearly shares and he gave no indication that his self-belief has been shaken as he talked up his prospects of a change in fortunes in the fourth Test at the SCG this week.

“Obviously I haven’t played my best cricket this last year but I feel in a good place. Those stats are misleading sometimes,” he said.

“I have never experienced anything like playing in India, 10 over there felt like a good score at the time. I didn’t feel in great touch in the summer so all of a sudden you’re averaging 10.

“I feel as good as I ever have though and so I don’t look into stats too much. I will certainly look to be a bit more confident and back myself because I know full well I can score a hundred here this week and that’s what I’m looking to do.

“Everyone has seen the talent that all our batters have shown over the last few years. We’ve all got the talent to score big runs in Tests. We’ve got to get in the right headspace to perform…physically and talent wise there is no question, we can all score big runs over here.”

Coming off the back of a woeful 68 all out at the MCG, Crawley’s claims may be easy to parody given his own travails and the wider problems England have had posting big totals in recent years.

But he believes bold words and a brave approach will go further than downbeat deference to the Australian attack.

“It’s just not fearing them. I feel a few of us on our first Ashes tour, we’re a bit wary of them but there’s no need to be,” said Crawley.

“They’re great bowlers, some of the best in the world, but when you get in as Rooty and Mala (Joe Root and Dawid Malan) have shown, they’ve looked very comfortable at times.

“I don’t think it will be a tougher test (in Sydney). I think the wicket is going to be better, slightly flatter, and it’ll be a bit easier. Having watched the Ashes a fair bit, usually there seems to be a lot more runs here. I am looking forward to that and hopefully that is the case.”