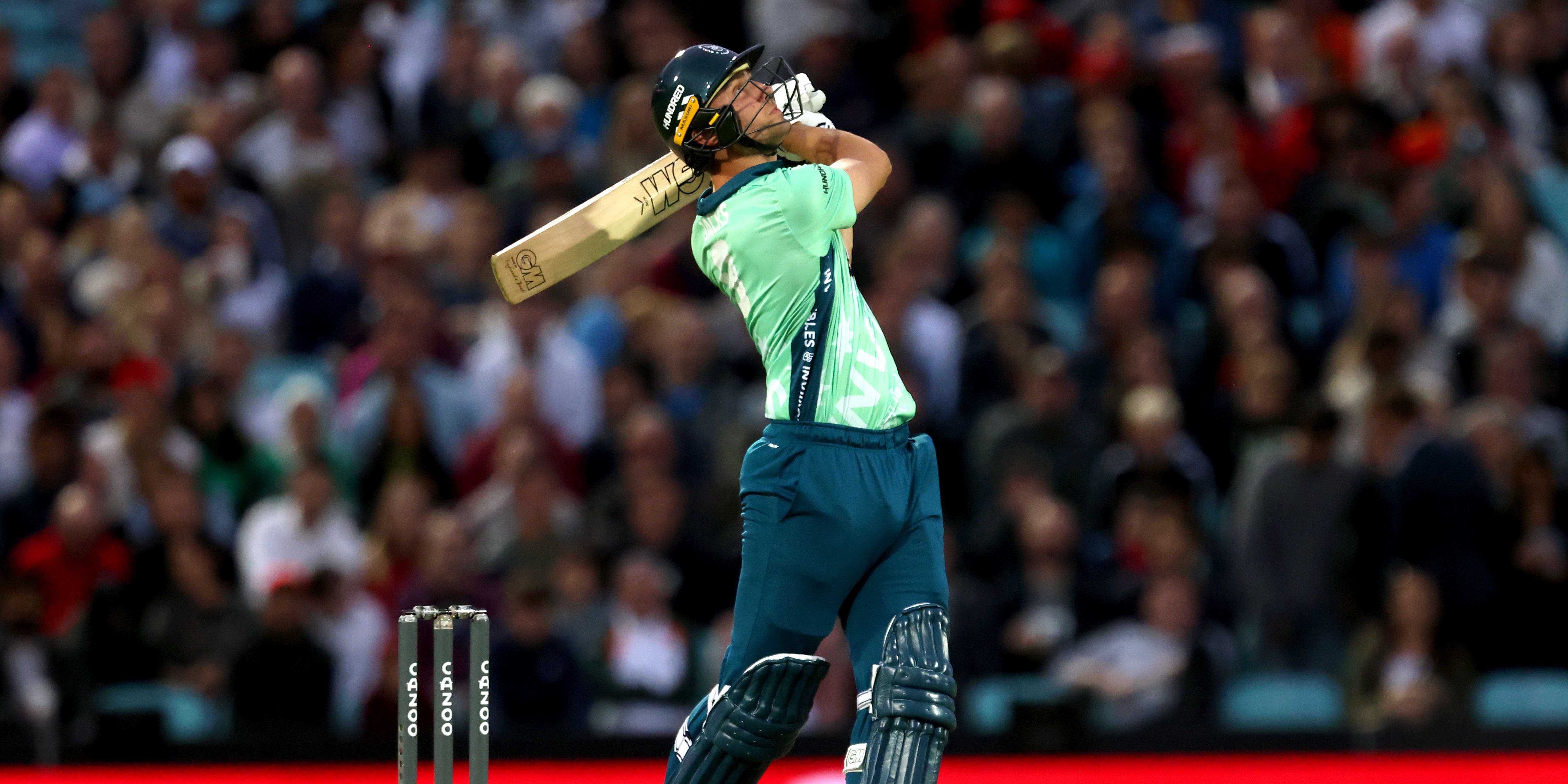 Will Jacks bludgeoned the highest score in Hundred history to guide Oval Invincibles to their third straight victory as they beat Southern Brave by seven wickets.

Jacks, who struck 81 in his previous game against Welsh Fire, bettered that effort with a brutal assault on the Brave bowlers at the Oval – hammering an unbeaten 108 from 48 balls to overtake Will Smeed’s 101 for Birmingham Phoenix four days earlier.

The 23-year-old’s innings included eight sixes and 10 fours as the Invincibles coasted home with 18 deliveries unused.

It meant a third successive defeat for the inaugural Hundred champions, who laboured to 137 for six against some tight Invincibles bowling – a total that never looked sufficient to defend.

With the south London skies beginning to look overcast, the Invincibles opted to bowl first.

That faith was rewarded as Reece Topley struck an early double blow, with Quinton de Kock superbly caught by Rilee Roussouw racing in from the boundary and Alex Davies playing on in the left-armer’s next set.

Marcus Stoinis raised the tempo by pummelling Sam Curran for what turned out to be the only two sixes of the innings as he reached 37 from 27, but the all-rounder succumbed to Mohammad Hasnain’s first delivery, top-edging into the hands of long-off.

Skipper James Vince, who shared a partnership of 55 from 43 with Stoinis, looked unusually subdued in his 15 from 22 and, despite a few destructive shots by Tim David (22 from 17) the Brave innings never really gained momentum.

Topley (three for 24) returned to have David caught miscuing a straight drive, but it was Sunil Narine and Tom Curran who really stifled the batters, conceding only 35 between them although both went wicketless.

There was no relief for Jason Roy when the Invincibles launched their chase – the opener’s wretched run of form extended to a third duck in four innings as he was castled second ball by George Garton’s inswinger.

By contrast, Jacks has been in excellent nick and he began by slamming Michael Hogan for two enormous sixes – one of which sailed right out of the ground – before subjecting Stoinis to a similar fate.

Roussouw was required to do little more than admire from the non-striker’s end as the pair put on 56 from 37 – a stand eventually ended by a piece of fielding brilliance from David, scything down the stumps with a direct hit from mid-off to run out the left-hander.

That wicket made little difference to the course of the game and, although Sam Billings fell to a fine diving catch by Vince at mid-off, Jacks brought up his hundred by smashing Rehan Ahmed for six – and gave the next ball identical treatment to seal victory.