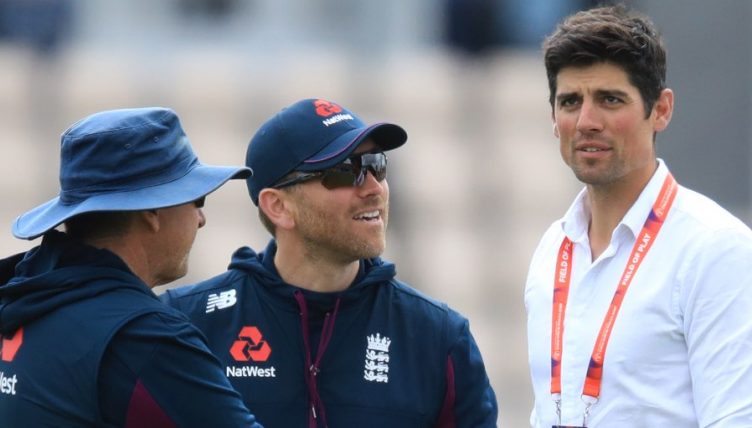 Sir Alastair Cook has called for more cricket to be on free-to-air television and has backed The Hundred to be a success.

England’s greatest ever run scorer said every Test match he played had been aired on Sky Sports but called for more cricket to be freely available to encourage the next generation of young cricketers.

“For the kids – and it’s all about the kids – to see Ben Stokes, Jos Buttler and Joe Root playing… to guarantee that it has to be on free to air TV.

“After the World Cup final I was having dinner in a restaurant a couple of days later and this waitress came up to me and said, ‘I know what a super over is, and I’ve never watched cricket and I love cricket’.

“They only loved it because it was free to air TV. I think The Hundred is a great platform for that.

“The game moves on and has to move with the times. We should look at these as exciting times rather than all doom and gloom.

“If social media was around when Twenty20 started in 2003 I think it would have been hammered, like The Hundred has been hammered, but it has turned out to be one of the greatest successes of the game.”