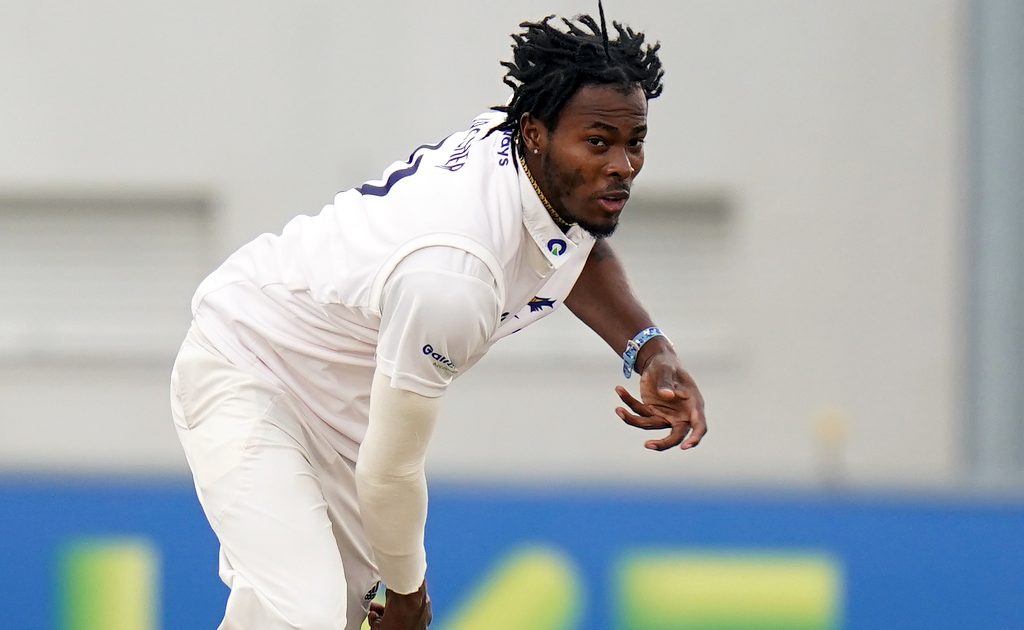 Southern Brave, the men’s winners in the inaugural edition of The Hundred last year, have retained Jofra Archer for the second season as the England fast bowler prepares for his comeback this summer.

Archer missed the entirety of the 100-ball competition’s introductory campaign because of elbow trouble that necessitated a second round of surgery in December but he trained with England in the Caribbean last month.

While Archer’s absence did not hamper the Brave as they went all the way last summer, the Ageas Bowl-based club have kept hold of the 2019 World Cup winner although England all-rounder Liam Dawson has been released.

Tim David, the Singapore all-rounder who recently fetched a million-dollar bid at the Indian Premier League auction, remains in the Brave’s squad and is one of just seven male overseas players in the retention list.

Teams had the option of retaining anyone who had originally been contracted, even if they pulled out last year, meaning Australia all-rounder Glenn Maxwell stays with London Spirit, whose bottom-place finish in 2021 dictates they get the first draft pick to fill the remaining slots on March 30.

Despite propping up the table, the Lord’s-based Spirit have only six vacancies to fill among their 16-strong squad as most sides elected to stick with their tried and trusted, with over 150 men’s and women’s players retained.

England limited-overs captain Eoin Morgan, who skippered the Spirit last year, said: “The first year of The Hundred was a huge success. We saw quality cricket in front of incredible crowds.

“We are delighted to have the first pick in the draft. We hope to add strength and depth to our squad. We can’t wait to see who’s available to snap up.”

The overseas market is likely to be popular in next month’s draft, with several big-name players set to be in the offing, although the international schedule may ultimately dictate availability.

England captain Heather Knight will continue to play for the Spirit but international team-mate Tammy Beaumont has been released, with no limit on the number of players the women’s team could retain.

Issy Wong, who will play again for the Phoenix, said: “Last year was incredible for us and the women’s game, it’s only going to get bigger and better with world-class players like Ellyse Perry being able to join this time around.

“We can’t wait to get going again and to perform in front of full houses again.”

For the first time, both men’s and women’s sides will be able to select an additional fourth overseas player in a wildcard draft in June – although teams will still only be able to field three overseas players in their XI.