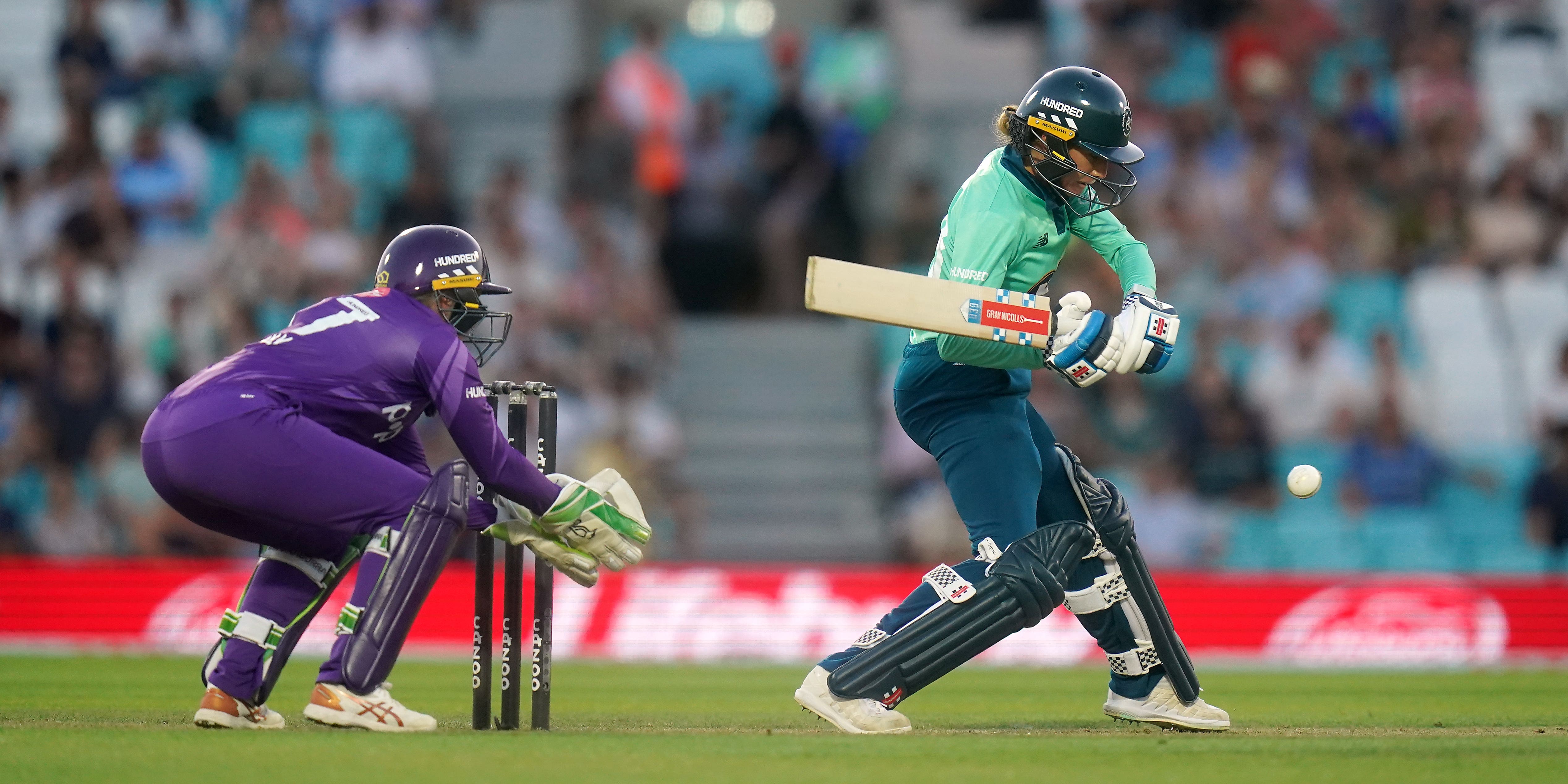 Lauren Winfield-Hill haunted her former teammates as Oval Invincibles began their title defence with an emphatic nine-wicket win over Northern Superchargers in the first game of the 2022 women’s Hundred.

The former England opener plundered an unbeaten 74 from 42 balls with one six and 11 fours, sharing an opening stand of 104 with New Zealander Suzie Bates as the hosts cantered to a target of 144 with 16 balls to spare.

The successful chase came after Superchargers posted 143 for five courtesy of 51 from one of the stars of the 2021 Hundred Jemimah Rodrigues and 49 from Laura Wolvaardt, Ryana Macdonald-Gay the pick of the hosts’ attack with two for 25.

Alyssa Healy, fresh from her gold medal at the Commonwealth Games, got Superchargers off to an explosive start after they were invited to bat first, clearing the ropes as she plundered 14 from the first set of five from Mady Villiers.

The fun though did not last long as she lofted spinner Sophia Smale’s third ball to Alice Capsey at mid-off and the England starlet was soon in the action again with ball in hand, dismissing Beth Heath cheaply.

She would find a willing ally in South Africa’s Wolvaardt who survived a close call for a stumping and a rapid ball from Shabnim Ismail as the duo shared a fourth-wicket stand of 66.

Rodrigues reached 50 from 31 balls with a glorious late cut only to hole out next ball off the impressive Macdonald-Gay and Superchargers went 20 balls without a boundary before some late blows from Wolvaardt took them to a seemingly imposing score.

Bates and Winfield-Hill though set about the chase with relish, the former striking Lucy Higham for successive fours, while the latter clouted a short one from Beth Langston over the ropes.

New Zealander Bates was given a life on 10 when Katie Levick shelled the simplest of catches off the bowling of Linsey Smith and as if one reprieve was not enough Bates was missed again in the next set when Jenny Gunn failed to cling on to a tough caught and bowled.

Scares survived the pair forged on reaching 69 at halfway and the strategic time-out did little to dent their momentum, Bates sweeping Alice Davidson-Richards behind square for six.

Winfield-Hill matched Rodrigues in reaching 50 in 31 balls and with Bates now in full flow the 100-stand was raised.

It took a superb catch by Wolvaardt off Gunn to remove Bates for 46 and break the stand, but Capsey was then dropped first ball, albeit a difficult chance.

It proved the Superchargers’ last hope as Capsey joined in the fun with a rapid 25 from just eight balls to complete a dominant win.