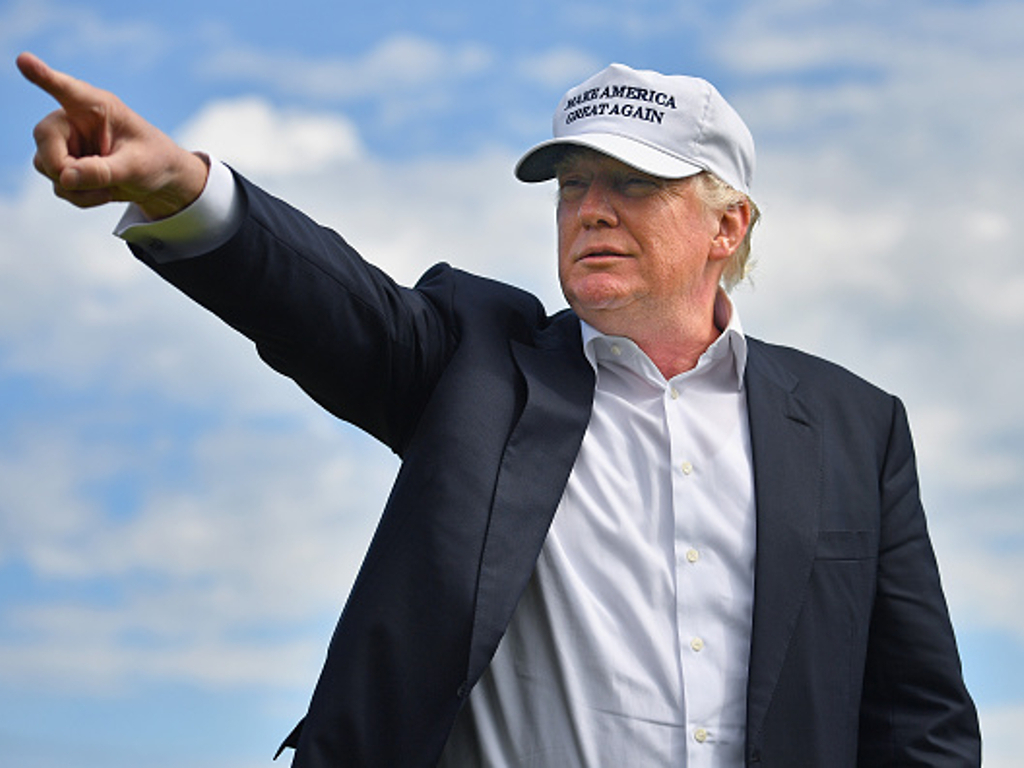 Welcome to the US Presidential Election commemorative edition of the Cricket365 Press Tent. As it slowly dawned on the world that America had decided to elect a 70-year-old toddler with a temper-tantrum problem, the cricketing media were having their say.

Here is our roundup of the searing insight that we got from former professional cricketers, journalists and the Twitterarti.

Kevin Pietersen is currently in Australia as a pundit for Channel 9’s banterous matey get together with the occasional reference to cricket, and he wanted to gauge the sentiments of his followers.

He tweeted: “Trump – RT Clinton – FAV”. If you are interested, the final numbers were 192 retweets for Trump and 1027 favourites for Clinton. It seems that this wasn’t binding.

KP wasn’t finished there. “A day that could cock up the whole world! An election based on who hates who more! The tale of two clowns! Urgh! #election2016” 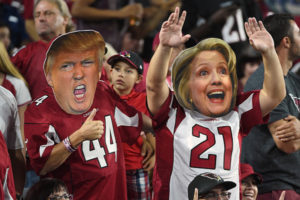 “NAIL ON HEAD! People are sick & tired of the generic, pompous, elitist bulls**t! Good luck to him!” The idea of Donald Trump, a billionaire who started his business with a small multi-million dollar inheritance from his dad, being anti-elitist is one of the better tropes from this US election season.

With this kind of searing insight you can see why Channel 9 have paid to have him out in Australia for this summer’s cricket. He is basically a polymath.

Kevin’s fellow Channel 9 bantermeister, Shane Warne, did not want to be left out. He too was giving his political analysis of the US election.

“Surely people are voting against Clinton & not for Trump. Which means Trump will win as no one trusts Hilary. Is that a fair statement?”

Not really Shane, no. The reason for Trump’s victory has its roots in the financial crisis on 2008, the disappearance of well-paid manufacturing jobs in America’s midwest and the changing demographics of a diverse country. But thanks for taking the time to ask.

If you like to consume your analysis of US politics through the prism of weak cricket jokes that you have heard before, there was no better place than the @AltCricket Twitter account. Billed as the alternative voice of the cricket watching public we got some absolute gems from them.

“They’ve literally voted in Afridi as President.” was one of the many election related tweets that we got. An Afridi joke and misuse of the word “literally”. 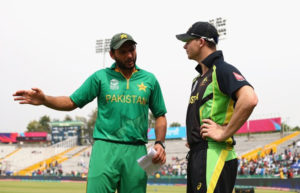 Michael Vaughan, the only international cricketer that is better at blocking on social media than he ever was when playing a forward defensive shot, was joining in. He basically said we should all forget about the fact that the most powerful man in the world was a pathological liar with a shit hair piece.

The people of Twitter were far from happy with this tweet, and not just because of his poor use of an ellipsis.

Vaughan went on to clarify that he didn’t like Trump and wanted the UK to stay in Europe, but the response was pretty brutal. Vaughan will no doubt have blocked all those that replied and then searched his name and blocked some more. That will show everyone who is in charge.

Speaking of Europe, professional curmudgeonly Yorkshireman, Geoff Boycott, was explaining why he had voted for the UK leaving the European Union. This decision has wide ranging consequences for our British friends, their children and their children’s children, so hearing why Boycott thought it was a good idea was exciting.

He explained some of the stupid EU rules that had so offended his no-nonsense sensibilities.

“Had to check there were no ‘bats in the roof’ before building a garage, cost over £400 . If you have ‘one newt ‘ in your garden can’t build!” 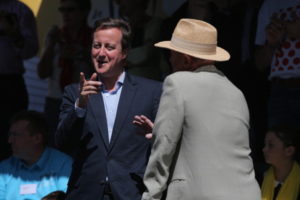 Well, at least we now know that it wasn’t because of petty, inconsequential reasons that Boycott was all for the largest upheaval in British politics since the Second World War.

Lastly, while football was dealing with the fallout over English footballers not being allowed to wear poppies, there was a moment of respectful remembrance from Simon Hughes, Editor of The Cricketer Magazine and the 39th most powerful man in English cricket. He wanted to tweet an image of a poppy, instead he tweeted a link to a Google image search of a poppy.

So, all in all, cricket did politics quite well this week.