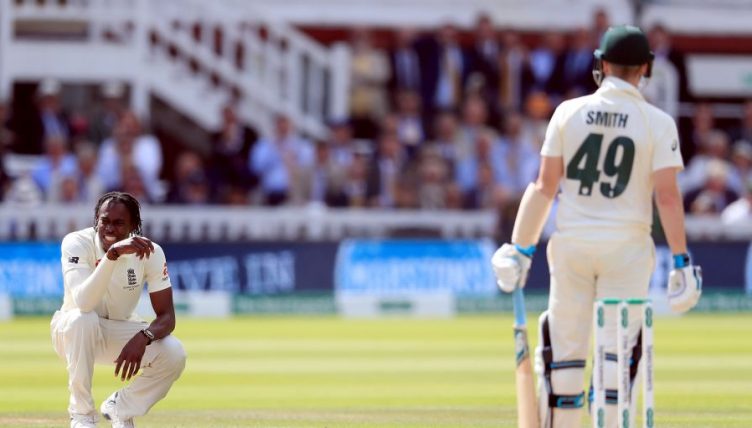 Alex: Okay, the second Test ended in a draw in the official standings, but we’re here to determine the far more important result – which team was the more ridiculous. For those of you who inexplicably didn’t read our coverage of the ridiculous moments of the first Test, it works like this: We go through some of the most nonsensical passages of play from the Test, debate their pros and cons before finally ranking and scoring the top three moments on a 3-2-1 basis. England entered this Test with a 4-2 lead.

Dan: Alex, I put it to you that one of the saddest things about the standing that proper cricket has over funny cricket in the consciousness of most cricket watchers is that it prevents fans of the latter from seeing a truly dominant series of ridiculousness from any one individual. For example, Moeen Ali was far and away the silliest player in the first Test and yet, because of the ECB’s senseless obsession with so-called ‘runs’ and ‘wickets’, he misses out on playing the second Test. It was a massive boost for Australia as they looked to be the more nonsensical team at Lord’s.

Alex: It’s a real balancing act for the players – but that’s one of the challenges, isn’t it? The Ridiculous Ashes is a marathon, not a sprint. Moeen got a little bit too excited a little bit too soon and he paid the price. Contrast that with Stuart Broad, who has been both excellent at cricket and utterly ridiculous for over a decade. I know it’s harsh to compare other players to someone of Broad’s stature, but that’s the benchmark, isn’t it? He’s provided the blueprint for how to have a long and ridiculous career. What did you make of Australia’s changes? They won the first Test in the conventional sense, so these were presumably made with the Ridiculous Ashes in mind.

Dan: You would think, but they rested Pattinson, who provided Australia’s most absurd moment of the first Test and replaced him with Hazlewood, a man with almost no history of silliness. Neither team seem willing to put their ridiculous foot on the ludicrous throat just yet.

Alex: One can only assume that Hazlewood has been almost transcendentally ridiculous in the nets in the last week. Let’s see how everyone got on, shall we?

Jos Buttler gets off the mark

Alex: Jos Buttler got off the mark with a five. We often talk about ‘six and out’ in cricket, but I think hitting a five and then getting out would be a far more remarkable thing. Sadly on this occasion Buttler added three singles and a four to his five and “five, one, four, one, one and out” is not a thing.

Dan: Overthrows are one of my favourite silly aspects of cricket because the impact of their nonsensical nature can be quantified immediately on the regular scorecard, often quintupling the reward for a risky single. A dropped catch can often be ridiculous too, and later quantified, but it’s not quite the same as an overthrow, is it? I’d be tempted to claim the five runs Buttler used to get off the mark for the Australians – they, after all, were the ones who failed to back up correctly – but I’ll resist because based upon this effort from Buttler, and Stokes’ tomfoolery in the World Cup Final, I’m beginning to think that England are deliberately playing for the extra runs.

Alex: Instantly quantified silliness is the best kind of silliness.

Dan: There was so much tedious, unfunny run-accumulation from Steve Smith in the First Test that we didn’t really notice his increasingly eccentric methods of leaving a cricket ball. Not so in this Test, where his propensity for extravagant movements as he lets the ball fly past him came very much to the fore. Most batsmen can play one, maybe two, leaves to any given delivery. Smith is so gifted he can leave the one ball in at least six different ways, all of them utterly absurd. England must be wondering what they can do to counter this extraordinary nonsense from the former Australian captain. (Other than having him ruled out of the match with concussion, obviously.)

Alex: I’ll tell you right now, Dan, this is our number one for this Test match. Smith’s prancing whack-a-mole leave is played with more energy than I’ve had since the 1990s. To put that much effort into not doing something is truly elite ridiculousness. (That’s my one ‘elite’ for this article. No more, I promise.)

Dan: Superhuman restraint from you, Alex. Top-notch, world-class, tip-top restraint. I can’t think of any other word to describe how superb the restraint was.

Alex: I don’t know if you’re familiar with the physical phenomenon known as ‘fatigue’, Dan. To put it in layman’s terms, the basic principle is that the more you do, the more tired you’ll get. I therefore find it unutterably ridiculous that after bowling 22 overs at 90mph, Jofra Archer apparently thought to himself, “Right, I’m going to really ramp it up now,” for his 23rd over.

Dan: It was a frightening spell from Archer. Certainly, I was frightened, and I was in a pub a very long way away from his bowling. I must admit, however, that I’m a little concerned with Archer’s flagrant disregard for the laws of physics here. Breaching the Laws of cricket is one thing but to defy basic principles of the conservation of energy is the kind of thing that should see you suspended for at least a year. Harsh on Archer, who is still young and naive, but you can’t be allowed to just muster energy from nowhere like that. Unless he was somehow summoning power from Smith’s freneticism?

Alex: I’m no physicist, but I could definitely discern a slight bending of the fabric of reality resulting from the preposterous amount of energy used by the two of them. I was watching on my phone though, so it might just have been a thumb smear.

Dan: That spell from Jofra Archer also provided easily the most terrifying leave of Smith’s career as he was struck on the neck and forced to retire hurt. Nothing about this was ridiculous or amusing. But on his return, Smith concocted a magnificent piece of foolishness I don’t think I’ve ever seen before. The walking review. Where did this piece of preposterousness rank with you?

Alex: Well it’s tempting to explain it away as a side effect of a blow to the head – but as you rightly point out, Smith was actually hit on the neck. Blows to the neck aren’t so famed for hampering one’s judgement, are they? (Unless the blow is delivered by, say, a guillotine, in which case all forms of decision-making tend to become gravely compromised.)

Dan: Yes, his concussion was still twelve to fifteen hours away, by my calculations. Smith had to review, of course, because he’s currently making as many runs as the rest of the Australian batsmen combined. Therefore, it’s only correct that he gets an equal share of the reviews as well. Even when, as was the case here, he was so ridiculously plumb that he walked – a ludicrous enough spectacle on its own – before he topped it by chucking in a review as he strode from the crease.

Alex: Two entries for Smith here. Hats off to him for proving that it is indeed possible to perform well in both the conventional and ridiculous Asheses simultaneously. Moeen Ali take note.

Dan: I’m going to channel as much Australian brashness as I can muster and claim that Steve Smith should take not just the top spot for his wonderfully mad array of leaves, but also the second spot for the walking review. To my mind, this one-two punch was a thousand times more impressive than his twin centuries in the first Test and should be correspondingly rewarded in our Ridiculous Ashes points.

Alex: You think a misguided attempt to overcome Hawkeye physics was more ridiculous than Archer overcoming actual, real life physics? Archer didn’t merely fail to tire, Dan, he gained energy. In what world is that not more ridiculous than absolutely everything but a Steve Smith leave? I know Smith was walking when he reviewed and that is of course ludicrous, but taken in isolation the walking was sane and arguably detracts from the overall ridiculousness of the event. In contrast Archer powering-up for bowling by doing quite a lot of bowling is unmitigated nonsense.

Dan: Clearly, we’re spoiled for choice here. Remarkable, given that we lost so much time to rain. And perhaps I’m getting carried away with Smith combining so much nonsense with so much skill. That old grump Bradman was not once ridiculous in his entire career as far as I can tell, so it’s delightful to see Smith be so brazenly absurd. But fine, I’ll give you Archer defying fundamental laws of the cosmos. So we’re: Smith’s leaves 3, Archer’s solution to the energy crisis 2, Smith’s walking review 1? That means after two Tests, we’re 6-6 for the Ridiculous Ashes. Or, as we score it in Australia, 6-6.

Alex: Well this Ridiculous Ashes is taking place in the UK, Dan, so I’m afraid I have to insist that we call it 6-6.