AB back on top 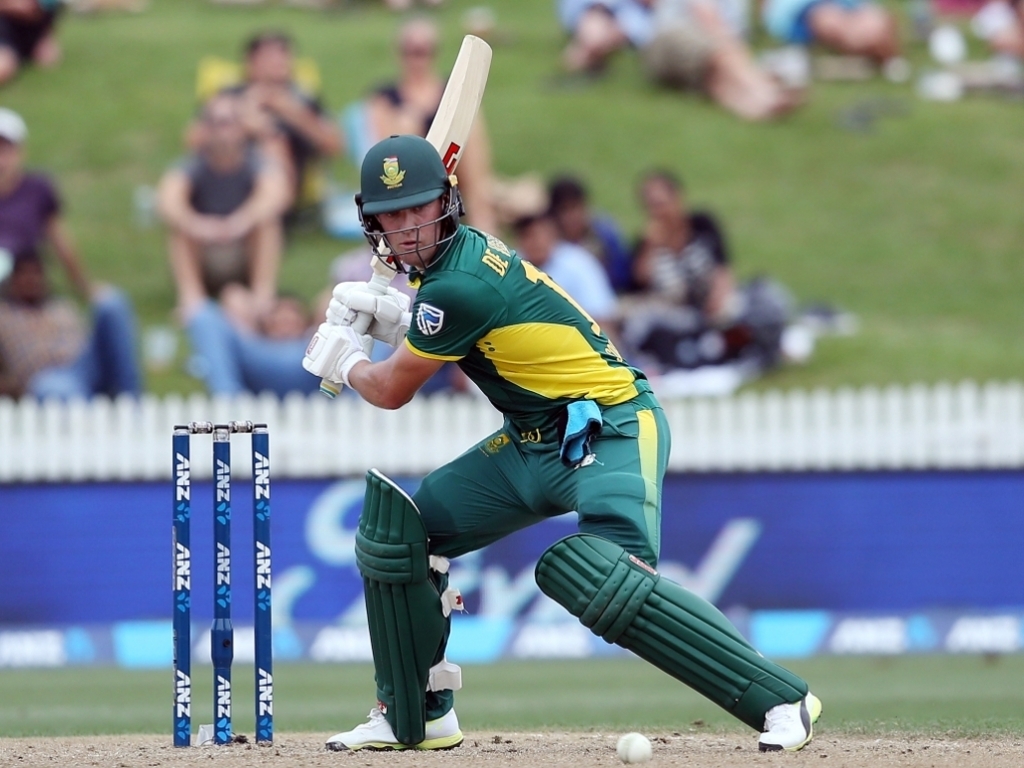 Proteas skipper AB de Villiers has regained the top spot in the ICC Player Rankings for ODI Batsmen after leading the list of run-scorers in the recent series against New Zealand which his side won 3-2.

De Villiers’s 262 runs in the series, including a highest of 85 in the third ODI at Wellington, have helped him overtake Australia opener David Warner at the top of the ladder, reclaiming the top spot within two months of losing it to India captain Virat Kohli.

De Villiers is on 875 points, four points ahead of Warner and 23 clear of Kohli in the rankings released today that take into account performances in 15 ODIs including West Indies’ 3-0 loss to England, Afghanistan’s 3-2 win over Zimbabwe and Ireland’s 2-0 verdict over the United Arab Emirates.

It is the 10th time that the 33-year-old de Villiers has topped the rankings since first taking pole position in May 2010. He has not been ranked outside the top five since September 2009.

England batsmen Joe Root and Alex Hales are major gainers as they have reached career-best rankings after the series in the Caribbean.

Root has reached fourth spot after scoring 195 runs including 101 in the final match in Bridgetown. Hales, who notched 110 in the same match, his fifth century in the last 20 ODIs, has gained four spots to reach 16th position.

In the ICC Player Rankings for ODI Bowlers led by South Africa’s Imran Tahir, his team-mate Kagiso Rabada has broken into the top five for the first time after taking eight wickets in four matches against New Zealand. Rabada has leapfrogged Josh Hazlewood and Shakib Al Hasan even as Afghanistan’s Mohammad Nabi has also gained three spots to reach a career-best seventh rank.

England all-rounder Chris Woakes’ seven wickets against the West Indies see him break into the top 10 for the first time as he has moved up nine places to ninth slot while his team-mate Liam Plunkett’s 10 wickets in the series have helped him move up 36 places to 23rd rank.

New Zealand spinner Mitchell Santner has broken into the top 20 for the first time after his five wickets against South Africa. He is not the only left-arm spinner to gain in the rankings as Hamza Hotak of Afghanistan (up 10 places to 22nd) and Ireland’s George Dockrell (up seven places to 34th) have also made upward movement.

Meanwhile, England’s 3-0 win over the West Indies sees it gain one point to reach 108 points but it remains in fifth position. The West Indies also remains in ninth position but the result means it is now five points behind Pakistan’s tally of 89 points, making its task of qualifying directly for the ICC Cricket World Cup 2019 stiffer.

England and the seven highest-ranked sides on the ICC ODI Team Rankings as on 30 September 2017 will qualify directly for the ICC’s pinnacle 50-over tournament, while the remaining four sides will progress from the 10-team ICC Cricket World Cup Qualifier 2018.

Bangladesh, who are on 91 points, get a chance to improve their ranking in an upcoming three-ODI series in Sri Lanka while Afghanistan and Ireland feature in a five-match ODI series later this month.