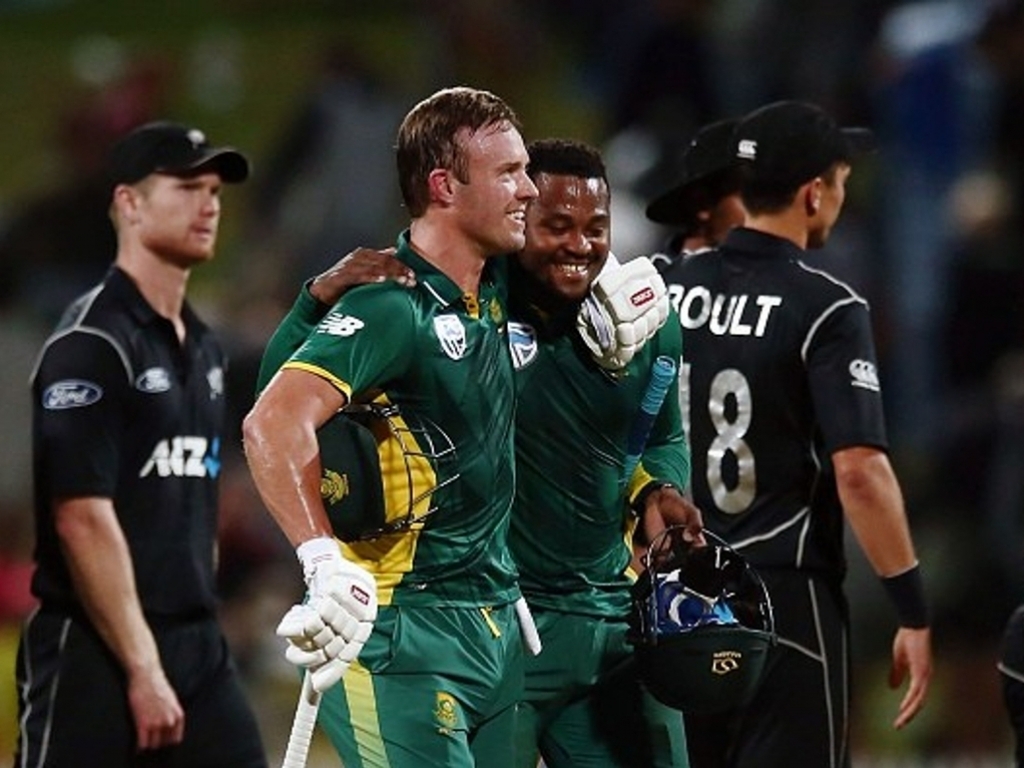 Protea skipper Ab de Villiers has been left deeply impressed by the talent and temperament of Andile Phehlukwayo after his 29 off 23 balls helped them beat the Black Caps.

Phehlukwayo struck vital boundaries at the death just when it seemed the game had slipped away from the visiting side who recorded their 12th consecutive ODI win.

Speaking at the post-match press conference De Villiers said: “He was hitting it pretty sweet. It was very impressive the way Andile played. There is a lot of talent in that young man.

“He was one of the very few guys tonight who could pick up the pace of the wicket and he played it under his eyes. I was very impressed with him.”

Of the record equaling run of 12 straight ODIs the skipper insisted that while they were aware of the milestone it wasn’t really something they were playing for.

He added: “We don’t play for those kind of records but it’s a nice one to have. We are very aware of it. We are only human and will lose one. That’s the nature of the beast. So we’ll go to Christchurch, hopefully play a good game and make it another one.

“That was a great win for us. But there’s lots of games left in the series and we know it’s nowhere near done.”

While De Villiers was happy with the result especially since it was achieved under pressure he was less than impressed with the conditions.

He said: “Experience-wise it was 10 out of 10 to be put under pressure like that with the bat in hand. Conditions-wise? Zero out of 10. I don’t think we’re going to face any conditions like that in the UK.”

The New Zealand spinners were able to extract a surprising amount of turn out of the track and made it really tough for the Proteas.

De Villiers went on:”I didn’t see the ball turn that much when we bowled.

“Early on with the new ball it wasn’t so bad, but it’s easy to say that now. It would have sounded like an excuse if we’d lost.”

De Villiers felt the Proteas never really got on top because of the conditions and was determined to take the game deept to give his team a chance.

He commented: “Not for a second were we in control.

“Our two openers gave us a really good foundation, but I felt they were the toughest conditions I’ve ever played in.

“I decided to stay patient and take it as deep as we can and then maybe we’ll get close.”

In the end the Proteas got home with a ball to spare as De Villiers hit the winning runs to give South Africa a 1-0 series lead.