Home Top Story AB needed the time away from the game

AB needed the time away from the game 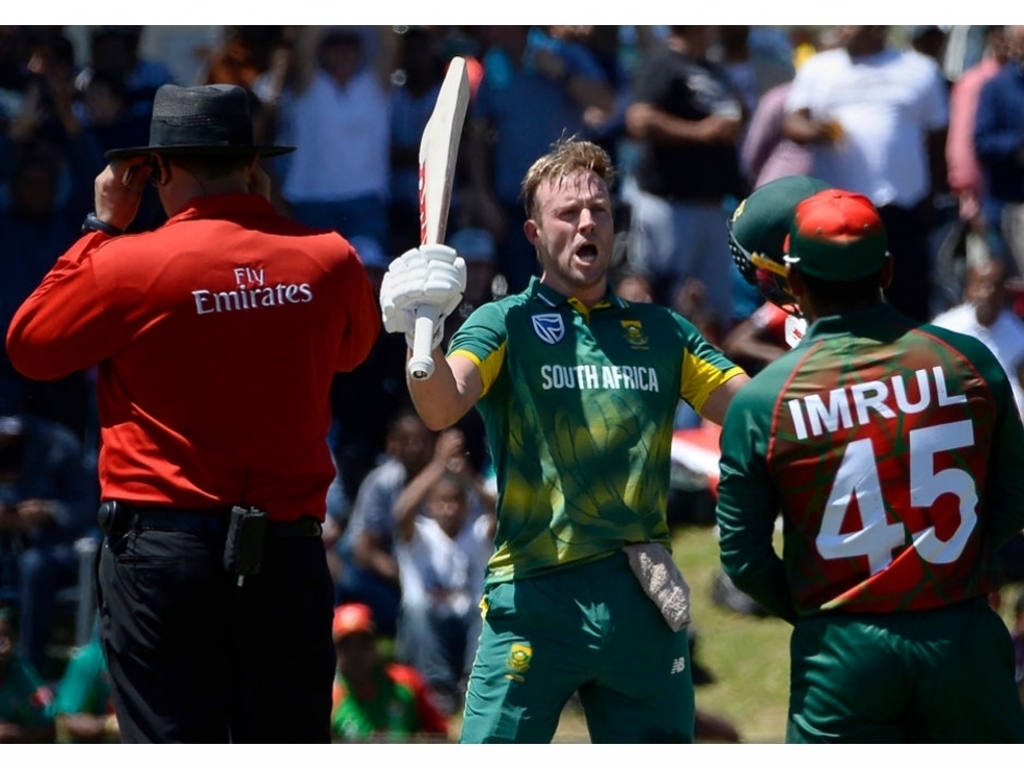 South Africa middle-order batting dynamo AB de Villiers feels that his time away from the game has rejuvenated him and he is itching to get back to his best.

De Villiers struck a career best 176 against Bangladesh on a pitch that wasn’t the easiest to bat on in the second ODI in Paarl.

After the match De Villiers admitted that he did some soul searching during his time away from the game and is now prepared to battle it out for a place in the Test team as well.

De Villiers said in the post-match press conference: “I needed a couple of months away with the family and then Ottis made contact. I had met him before he was announced coach and I knew he was a great guy. He wanted to know where I was headed with my career and I told him I wanted to get back in the side.

“I had a long run as a captain. I had some fantastic ups, and also quite a few lows in between. I just felt like it was enough. I wanted to enjoy the last few years of my career. I know what Faf is capable of as captain, and I think he’s going to become one of the best leaders we have had in this country. We’re going to give him all the support we can.”

Having not batted in the first ODI where Quinton de Kock and Hashim Amla tore Bangladesh apart De Villiers felt some nerves arriving in the middle at 90 for 2.

The match was interestingly poised at that point with the Proteas losing two quick wickets after a solid start.

De Villiers added: “I was still nervous. It took me an over or so to remember I had a good net in Kimberley and I am in good form.

Despite his stellar record in Test cricket De Villiers said that he will have to work his way back into the XI.

He said: “If selected, I will be there but I can’t accept that I am going to be in the squad. I have been out of the squad for a while and guys that have come in have done well. You don’t just walk into the Test team.

“I am going to have to work my way back. I am prepared to do the hard work.”

South Africa have an unassailable 2-0 lead in the three match ODI series against Bangladesh.