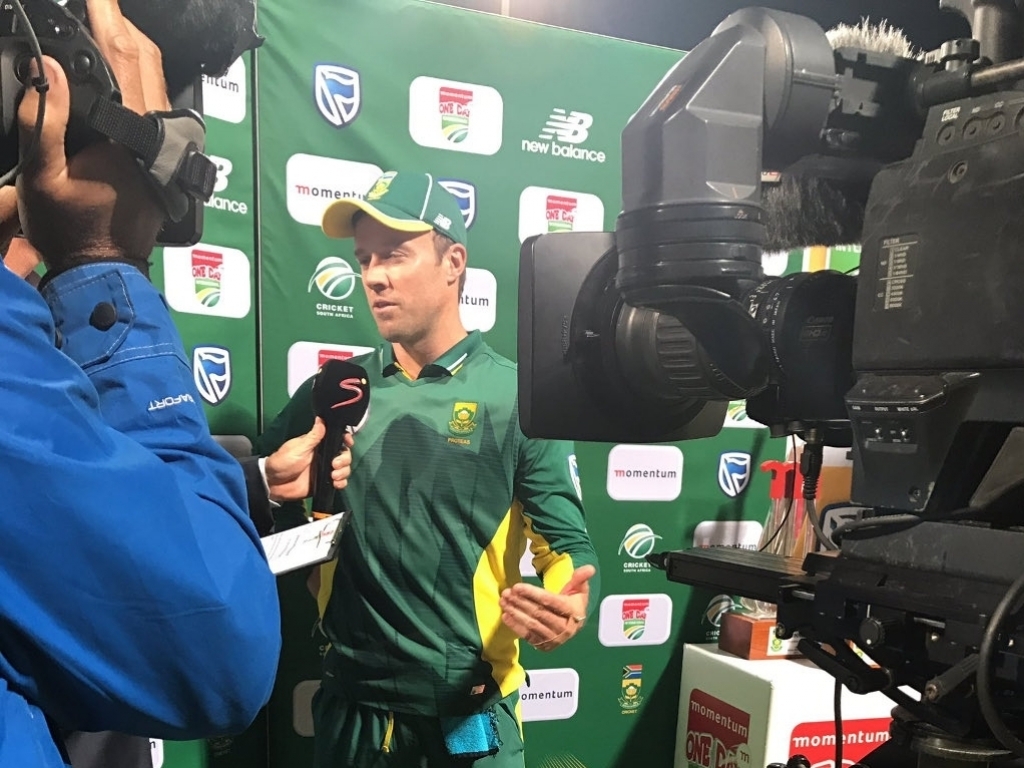 Proteas ODI skipper AB de Villiers has said after the 40 run victory over Sri Lanka at Newlands that he is happy with how the team performed under pressure.

For the first time in the series Sri Lanka fought hard and at one stage looked favourites to take the match as skipper Upul Tharanga blasted his way to a brilliant hundred.

De Villiers mixed things up with the bowlers in an attempt to try out different combinations and see how his bowlers go under pressure and after initially taking some punishment the Proteas eventually came out on top.

The Proteas skipper praised the efforts of good friend Faf du Plessis who fell just three runs short of the South African record highest score in an ODI with his 185 and helped South Africa post an imposing 367/5 in their fifty overs.

De Villiers said at the post match presentation: “The batting was great. Faf played an exceptional knock. Great be there in the middle with him. You don’t often get such days. Very happy for Faf. Fudgie chipped in with clean hits.

“It was a bit slow in the afternoon than it was in the evening. It sped up in the later stages of the game and well done to the groundsman. Tharanga played well. There was not a lot of panic, I was pleased with the variety in the bowling.

“We wanted to hold KG back a little bit and bowl him in shorter spells. He was nice and fresh and when I needed him most at the end he was there. It is tricky changing the side, the guys were motivated. I am prod of the performance tonight.”

His opposing number Tharanga played his part with a brilliant captain’s knock of 119 of 90 balls but he probably needed to contribute another 30 for 40 runs after the Proteas piled on the runs.

Tharanga said after the loss: “We needed to get a good start. Someone had to get that start for us. It was a much-better batting performance. Till the last 10 overs, we were in the game. It is a really good wicket.

“Credit to Faf and AB, they batted really well. There is little turn for the spinners. Our main concern is batting, this was better, hopefully we do well on Friday.”

In the end the difference-maker was man of the match Du Plessis who showed great touch to make his 185 on a tricky surface.

Du Plessis said at the post match presentation: “It is going okay. When you’re in good touch, you make sure you score big runs. There was something in for the bowlers – some bounce. De Kock took pressure off me. Then the innings was about risk management.

“My blueprint of scoring is eliminating dots. Then AB is brilliant with running between the wickets. Not once [did you think about the 200?]. If you bowl a good back of a length slower ball, it was difficult to hit and I holed out. I will take 185 and pretty grateful for that.”

The series concludes on Saturday at Supersport Park in Centurion with the Proteas leading 4-0 and hoping for a series whitewash that would secure the number one ranking in ODI cricket.