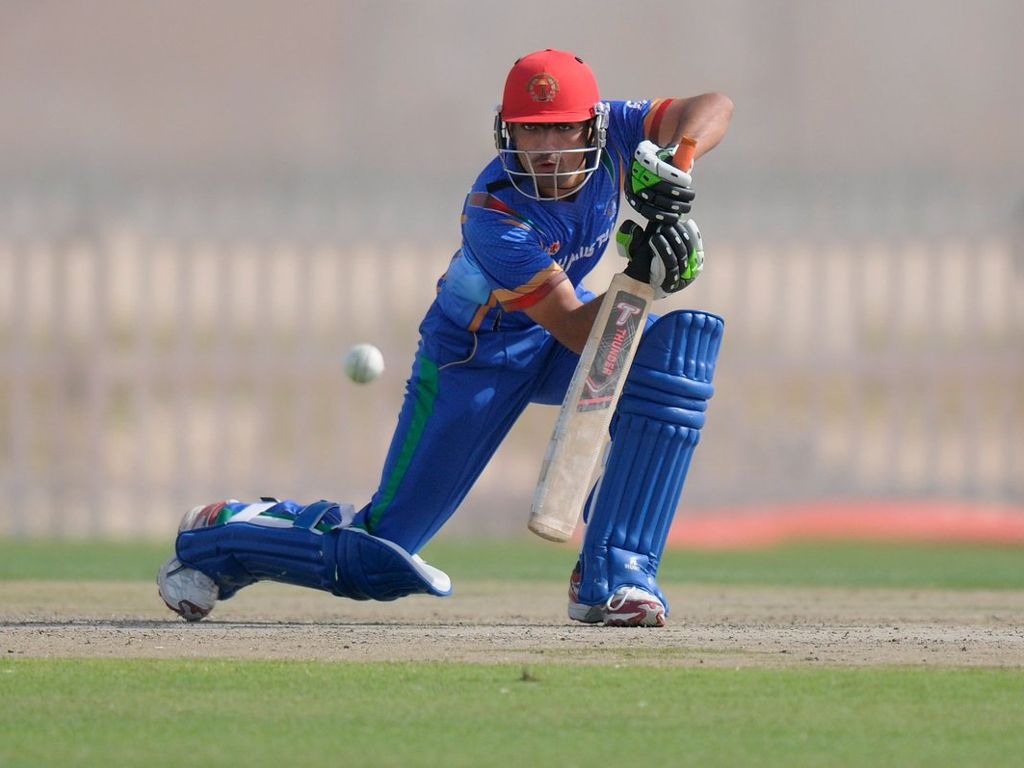 Afghanistan outclassed Ireland to win by eight wickets in Belfast and take the three-match ODI series 2-1.

It concludes a highly successful tour for Ashgar Afghan’s side, who previously won the T20I series 2-0.

Ireland won the toss and chose to bat but were bundled out for 124 after another inspired bowling performance from the tourists. Each of the hosts’ top four were removed inside the first 11 overs, reducing them to 39/4. They were shared equally between the right-arm seamers Aftab Alam, who got both openers Will Porterfield (14) and Paul Stirling (2) to end with 2/22, and Gulbadin Naib (2/34), who had Andrew Balbirnie caught behind for 17 before removing Niall O’Brien lbw for 1 in the same over.

That exposed Ireland’s middle order to the much-feared Afghanistan spin attack and, as has been the case throughout the series, they were unable to put together any meaningful partnerships.

Perhaps inevitably, it was Rashid Khan who dominated, in partnership with Mohammad Nabi. Rashid took three lbws as part of a superb eight-over spell that saw him pick up Simi Singh (17), Kevin O’Brien (16) and Tim Murtagh (2), to end with 3/18.

With Ireland unable either to stick or twist, Nabi was similarly effective, taking 2/26 from his 8.1, including the late scalps of Andy McBrine (16) and Boyd Rankin (4).

For a time McBrine and Gary Wilson restored a bit of calm to proceedings for Ireland, putting on 37 in 12 overs. But skipper Afghan had a trick up his sleeve.

To sum up what had been a dream day in the field for his side, the Afghanistan captain brought himself on to bowl and immediately took the wicket of top-scorer Gary Wilson (23) lbw with his first ball – before taking himself out of the attack straight away to end with 1/1 from one over and put Afghanistan’s dominance beyond doubt.

Dismissed inside 37 overs for 124, an inspired bowling performance from Porterfield’s men was required to salvage this match, and unfortunately for the hosts it didn’t come.

They got off to a splendid start though, towering paceman Rankin enticing Mohammad Shahzad (1) into a loose shot wide of his off-stump, looping the ball up to a grateful Murtagh who gobbled it at deep backward point.

Murtagh, fresh from two four-fors in the previous two bouts, took the wicket of Rahmat Shah who had looked extremely accomplished for his 33, but little went the way of the Irish following that dismissal.

Ihsanullah, replacing Hazrat Zazai, saw a fruitful return to to the side at the top of the order, and he carried his bat for a wonderfully-constructed and unbeaten 57 to see his side home with over 26 overs to spare.

Hashmatullah Shahidi (34*) supported him superbly for what was a virtually seamless partnership, and Afghanistan concluded their tour with a thoroughly comprehensive win.