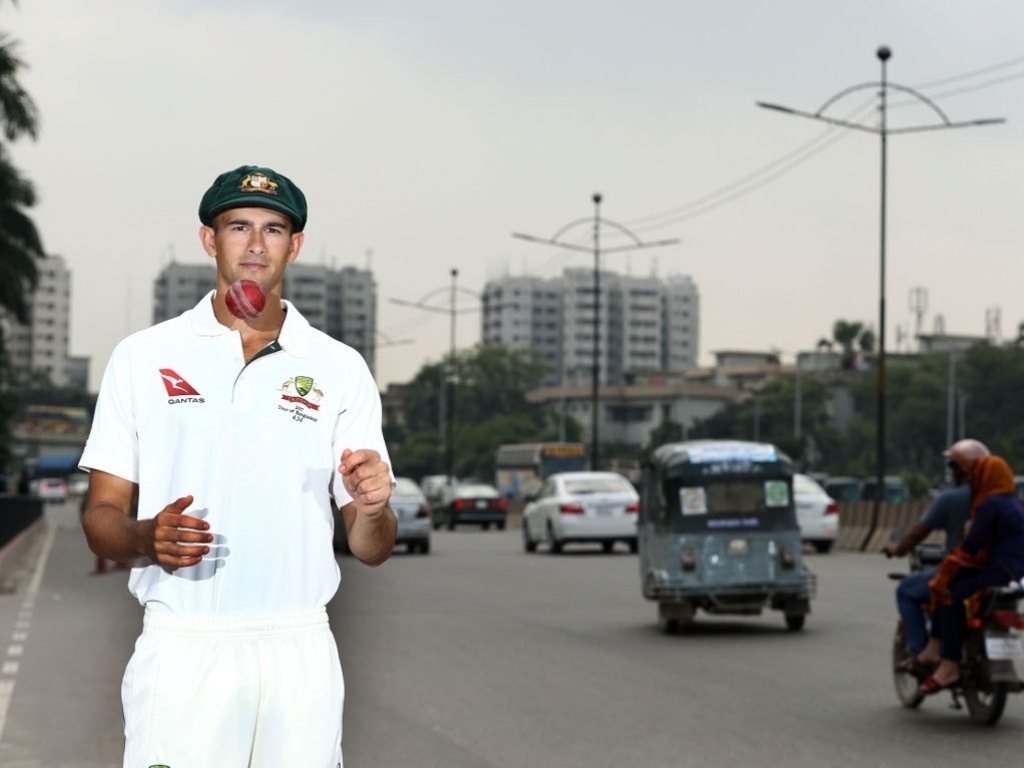 Australia skipper Steve Smith has revealed the XI that will face Bangladesh in the first Test in Dhaka starting Sunday.

Left-arm spinner Ashton Agar will play a Test after a four year absence from the game’s ultimate format.

The skipper also revealed that Usman Khawaja would return to the XI having worked very hard to improve his batting against spin.

Smith said in a press conference ahead of the first Test: “Ashton Agar (is) back into the fold after four years out.

“I think he’s come a long way over the last year particularly.

“He’s been bowling very well in the nets. His lengths have been exceptional so if he can get those right in the game I’m sure he’ll have a big impact for us.”

Khawaja averages just 19.16 in four Tests in Asia but the skipper has backed him to produce the goods after some hard work preparing for this tour.

The left-hander is set to bat at three but there will be some concern about his match readiness having not played since January.

ALSO READ: Lyon excited to work in tandem with Agar

Smith said: “I think he’s a player who has worked very hard on playing against spin.

“I know he didn’t get an opportunity in India, but he spent a lot of time in the nets working on lots of things and finding different ways to play and I’m sure that’ll hold him in good stead for this series as well.

“He’s worked hard in the nets the last week and hopefully we can see him have a big impact in this series.”

Allrounder Glenn Maxwell retains his spot in the XI although Smith doesn’t expect to use him that much as a bowler.

He added: “I know I copped a little bit of criticism for not using him (Maxwell) as much in the India series but again, you’ve got two quality spinners and they’re there to do a job.”