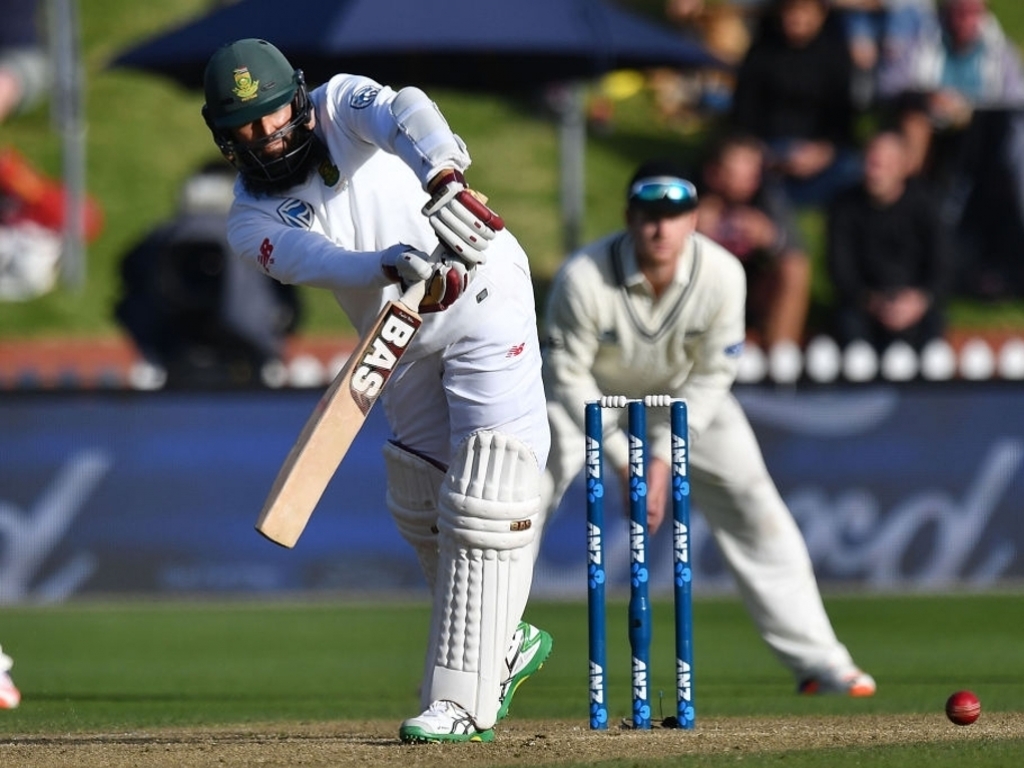 Hashim Amla’s assured half-century brightened up an otherwise gloomy opening day of the third Test between the Proteas and New Zealand at Seddon Park in Hamilton.

The tourists reached stumps on a rain-affected day in a fair amount of trouble on 123/4 after Faf du Plessis won a delayed toss and chose to bat first under grey skies.

Amla was the mainstay of the 41 overs that were possible thanks to his 32nd half-century – a fluent 50 (93 balls, 9 fours) that had plenty of signs suggesting the veteran batsman was back to his supreme best.

But it came after the Proteas, who are 1-0 up in the series, were in some early trouble shortly after play began 30 minutes late.

There was a debut for Theunis de Bruyn in place of Stephen Cook at the start of proceedings, with the 24-year-old becoming the 95th cap for South Africa since re-admission. However, his maiden appearance in the middle lasted just three deliveries, before he edged Matt Henry, the pick of the bowlers with 2/25, to Tom Latham at second slip without scoring.

That was at the start of the third over of the day and five deliveries later Dean Elgar was on his way when he misjudged a Colin de Grandhomme (2/43) delivery and was bowled shouldering arms for five.

That left the score on 5/2 and it could have been 28/3 in the 11th over when the Black Caps opted against reviewing an lbw appeal against JP Duminy with the ball tracker technology showing he would have been given out.

The left-hander managed to add 13 more to his total, before a miscued pull of Henry was caught by Jeethan Patel at fine leg for 20.

Wagner could have had Du Plessis on 16 when he edged behind to BJ Watling, but New Zealand were out of reviews by that stage.

However, they did land one more blow for the day when Amla was bowled by De Grandhomme, leaving the South Africans on 97/4.

The skipper, on 33 at the end, and Temba Bavuma (13) then had to dig in until rain arrived midway through the afternoon session to cut the day prematurely.