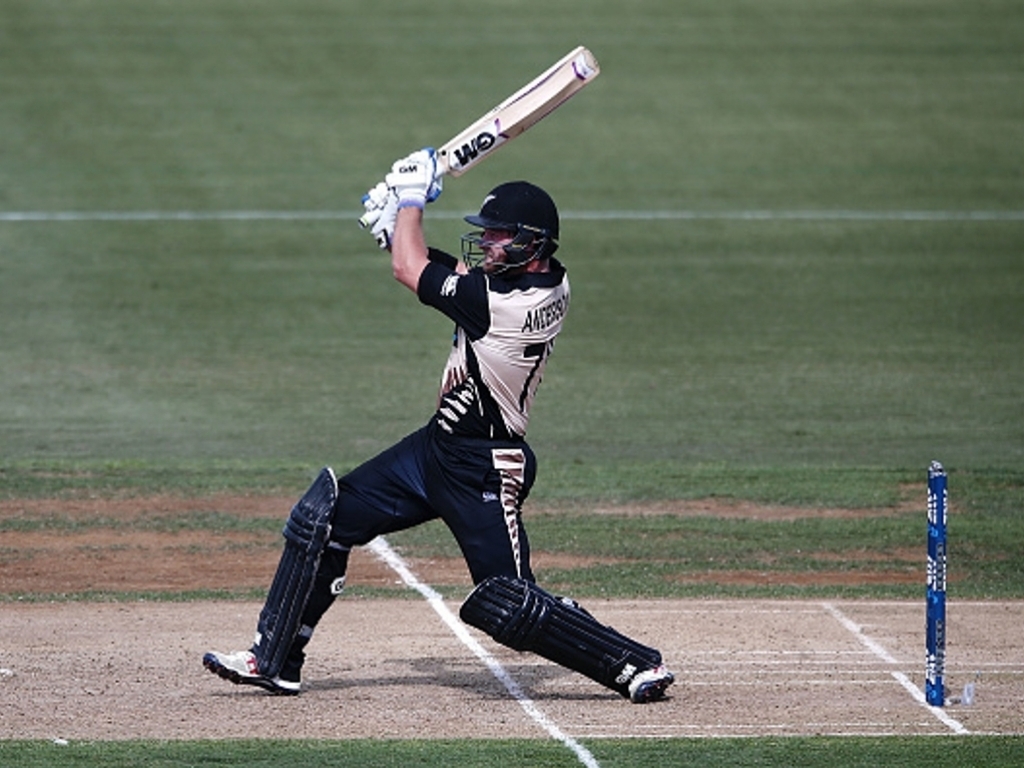 New Zealand restricted Bangladesh to 167 for 6 in response to their 194 for four to complete a 3-0 whitewash in the T20 series having already swept the ODI series in December.

New Zealand were inserted and had to recover from 41 for 3 to post 194 for 4 after which Trent Boult and Ish Sodhi each picked up a brace of wickets each to restrict Bangladesh to 167 for 6.

Anderson fell narrowly short of the record for fastest T20I hundred by South Africa’s Richard Levi, off 45 balls against New Zealand in 2012 but did hit a New Zealand record of ten sixes in his innings and was the Man of the Match.

The game started with Rubel Hossain striking twice in the fifth over and Mosaddek Hossain removing Tom Bruce in the first ball after the Power Play. With New Zealand on the back foot, Anderson joined Williamson. The pair took time to settle down as New Zealand were 55 for 3 at the halfway stage. They shifted gears quickly though as New Zealand posted 139 in the last ten overs.

The fourth-wicket partnership of 124 runs in 12 overs was broken in the 19th over when Hossain bowled Williamson for his third wicket of the match. That did not have any effect on Anderson as New Zealand hit 29 runs in the last 11 balls of the innings.

Bangladesh’s cause was not helped by the injury to Mashrafe Mortaza, their captain. He had to leave the field and could not complete his fourth over. Soumya Sarkar conceded 21 runs in the only over he bowled, and that undid the good work of Shakib Al Hasan, who returned economical figures of 4-0-22-0.

Bangladesh started its chase on a steady note as Tamil Iqbal and Sarkar put on 44 runs in 4.4 overs. It would have hoped for the partnership to continue, but Tamim became Boult’s first victim – caught at midwicket off a short ball for 15-ball 24.

Sodhi had Sarkar caught and bowled for 28-ball 42, Sabbir Rahman made only 18 before Williamson bowled him, and wickets kept tumbling after that.

Shakib tried to keep the chase alive with a 34-ball 41, but it was always going to be a tall order as none of the other batsmen chipped in. Shakib was the sixth and final wicket to fall in Bangladesh’s innings in the last over when Anderson caught him off Boult at long-on.

New Zealand put up a complete performance through the three matches, with Williamson leading from the front. He topped the batting charts with a tally of 145 runs in three games. Anderson finished with 111 and Colin Munro, the only other batsman with 100 or more runs in the series, had an aggregate of 101. Sodhi and Ben Wheeler were New Zealand’s best bowlers with a tally of five and four wickets respectively.