Phehlukwayo could be key to unlocking Champions Trophy door 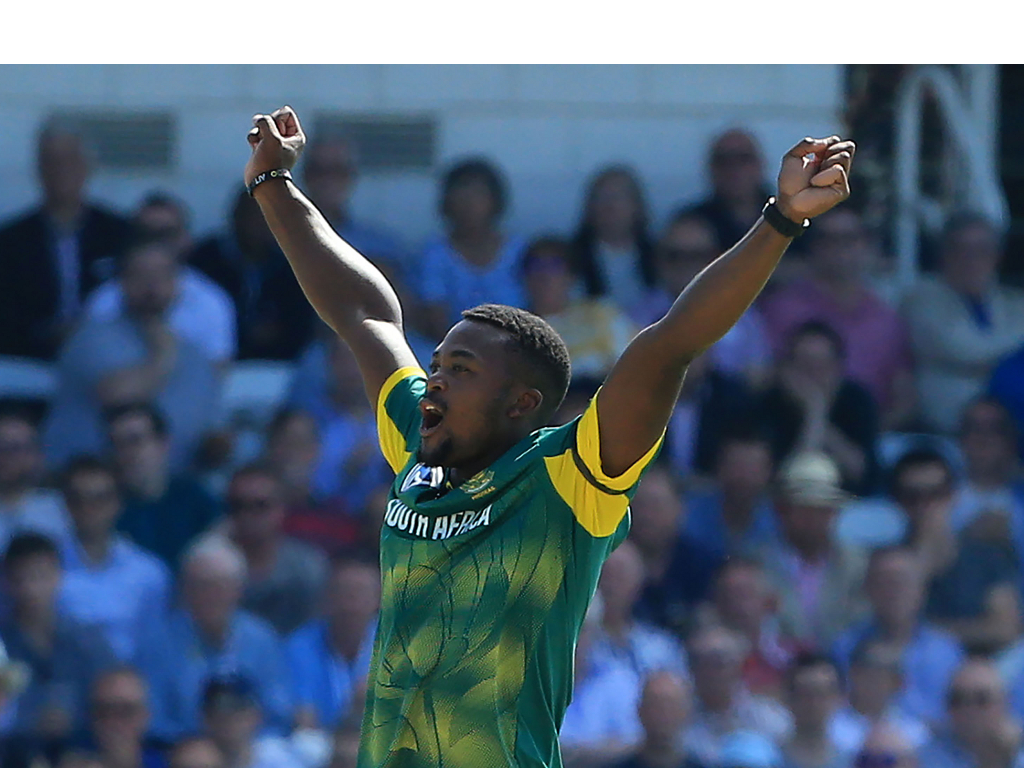 South Africa will again try to bury their ICC trophy curse when their Champions Trophy campaign gets underway in England against Sri Lanka on Saturday.

A theory that gets around is that the team just can’t handle pressure when big matches come around and they usually bottle games when they are there for the taking.

I believe there is an over reliance on the team’s star players to do everything, from start to finish.

But if you look at the history books, it is that one player – not the star man – that doesn’t always get the glory – that does the necessary work to take the team over the line.

Often in world tournaments past the star batsman might get you the required century in a run-chase or the best bowler will get the vital breakthroughs when defending a total but it will ultimately boil down who can hit a crucial six at the back end of the innings, or bowl one or two consecutive yorkers at the death.

A good example of this would be the 1999 World Cup semi-final between South Africa and Australia, a match that will be discussed long into the future.

As we know, Australia burgled a tie when they ran out Allan Donald with two balls still remaining, but fans forget how that final over actually played out.

Damien Fleming – who was by all accounts not one of the star names on the Australian team sheet (think Shane Warne, Adam Gilchrist, Glenn McGrath, Mark Waugh, Steve Waugh and even Michael Bevan) – was entrusted with bowling that over with only nine runs to defend.

The right-arm seamer was smacked for two fours off the first two balls by the bludgeoning blade Lance Klusener (Who ironically was later named player of the tournament for heroics at the death in previous matches). Match done! Or so we thought.

Through all the mayhem that was happening Fleming composed himself. South Africa needed one run to get, four balls remaining, nine wickets down.

The Aussie medium-pacer then produced two of the best balls in his career. Two yorkers which every bowling coaching in world cricket would be proud of. 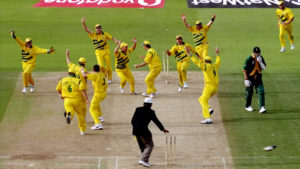 The first was dug out but, importantly, a dot ball. The second ball was dug out again, but this time Klusener foolishly thought there was single – which there wasn’t – leaving last man Donald run-out. Game Tied, Australia were into the World Cup final.

Warne – who took four wickets for 29 runs in 10 overs – rightly, got the man of the match award for his brilliant spell of bowling.

The Aussies went on to smash Pakistan in the final to win the first of three consecutive World Cups titles. A team of legends! When cricket lovers remember Australia’s greats of ’99, Fleming probably won’t spring to mind.

Another player that falls into the this category could be former New Zealand allrounder Grant Elliott.

The Black Caps had played in six World Cup semi-finals before 2015 and lost all of them.

However that all changed on home spoil two years ago as Elliott smashed Dale Steyn for six off the penultimate ball of the match. 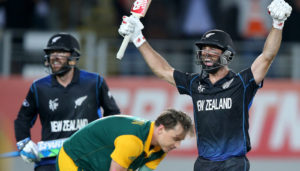 In a batting line-up that had Brendon McCullum, Kane Williamson and Ross Taylor it was Elliott that was at the crease when the Kiwis needed five runs off two balls at Eden Park in Auckland.

Steyn is one of the greatest bowlers the world has ever seen and you would have backed him 9 times out of 10 to come out on top in an individual battle with Elliott.

So, having twice in their history experienced two unlikely players knocking them to the floor, who can the Proteas turn to in this Champions Trophy?

For me, seam bowling allrounder Andile Phehlukwayo could be the key that unlocks all the Proteas’ heartache at ICC events.

It was the 9th December 2015 when I first saw a then 18-year-old Phehlukwayo, playing for his franchise the Dolphins in a domestic T20 semi-final against strong Cape Cobras team.

The youngster was entrusted by his captain to bowl the final over of the match with the Cobras needing just nine runs for victory. Surely there was to much to do for Phehlukwayo.

The sequence of the over went as follows (from my memory but mostly from commentary on Cricinfo);

Ball 1: fullish and way outside off, batsman moves across the stumps and still not able to reach and connect that, gets a bye though.

Ball 3: 1 run, RUN OUT, Bowls that from back of the hand as pushes a full toss outside off, driven that down to wide of long-off.

Ball 4: WICKET, this was a back of a length delivery and outside off. Paterson goes back and slaps it down to the ground, not enough power to clear the man at long-off and a simple catch to Miller.

Ball 5: no run, slower length delivery outside off as Engelbrecht moves across the stumps but not able to connect it.

Ball 6: no run, Phehlukwayo seals it for the Dolphins, fullish and angling in from outside off, moves across the stumps and then gets down as he tries for a wild slog, ends up with an inside edge which rolls down near the stumps.

One could say that the batting team lost the game, but credit has to go to the bowler. Just to think, at the tender age of 18, Phehlukwayo had the presence of mind to mix up his pace. Slower balls from the back of the hand, off-cutters, everything.

He was a surprise pick for the national team when they played an ODI series at home against Australia last year, but he shone, ending up as the leading wicket-taker and winning a game – in tandem with David Miller – with the bat. 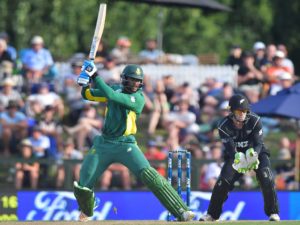 A member of the SA under-19 squad that won the World Cup in 2014, Phehlukwayo is certainly no mug with the bat and demonstrated great the ability, on a few occasions, to hit a boundary just when the team needs it.

The Proteas selectors have to be given credit for the selection of the Dolphins man. As we all know, cricket is a game – more than any other – that is defined by your numbers.

If a player is selected to any side the first thing we look is the stats: Batting average, strike-rate, bowling average, economy rate etc and Phehlukwayo’s numbers were not that flash in domestic cricket.

But sometimes selectors take a leap of faith in a player, seeing something that others don’t. Fleming’s numbers were not great, Elliott was only recalled to the national side just before the 2015 World Cup after being out of the side for more than a year.

I have no doubts that Phehlukwayo will be a star on the international stage in the future but for now while the national side still have AB de Villiers, Hashim Amla, Kagiso Rabada and Imran Tahir, the 21-year-old could just be the bolter the Proteas were looking for all along.