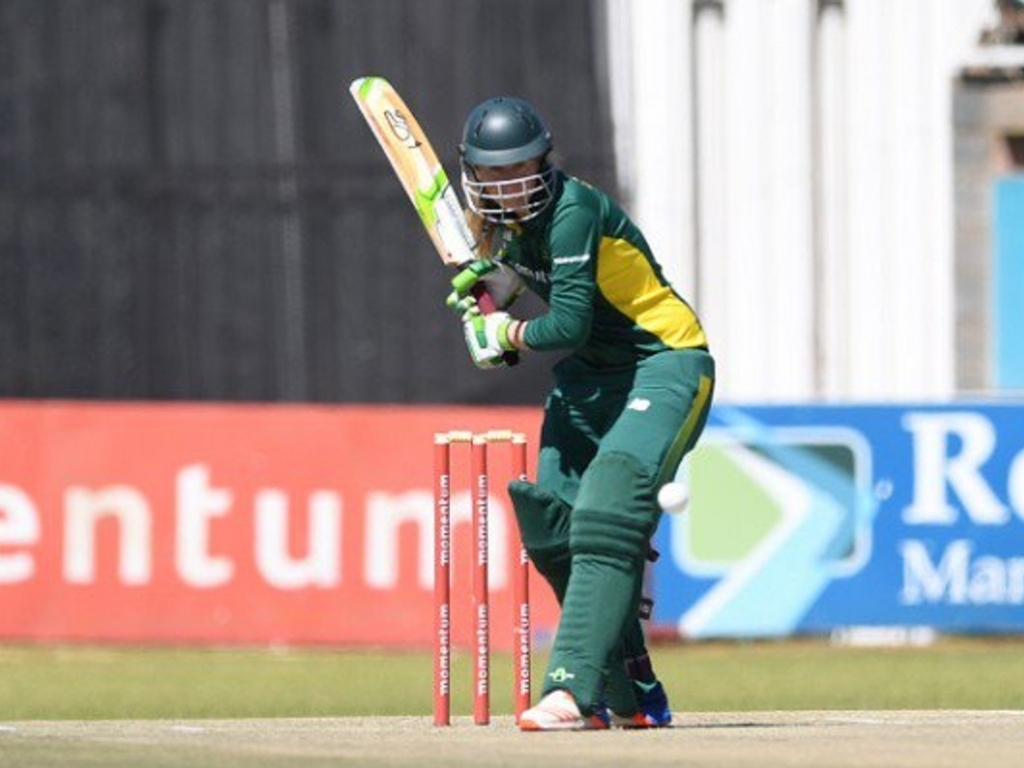 Andrie Steyn scored a 123-ball 117 runs to set up a whopping, 120-run victory for the Proteas in their Round Seven CSA Women’s Quadrangular series clash against Ireland.

Twenty-year-old Steyn and Suné Luus gave the hosts a massive platform on which to build from when they shared a 209-run opening stand before their partnership was disturbed by Laura Boylan (2/37), who removed the latter for 83 (102 balls, 6x4s, 1×6) in the 36th over. The bowler struck again two overs later, trapping Steyn in front and ending a remarkable knock that included 16 fours.

The rest of the top order could not manage a repeat of Steyn and Luus’ performance. Mignon du Preez and Nadine de Klerk fell on 16 and two respectively, before Trisha Chetty (33) and interim captain, Chloe Tryon (28) breathed new life to the innings. They struck 36 runs in just 2.3 overs, moving South Africa over the 300 mark.

Rachel Delaney was the pick of the bowlers with 3/70 and was backed up by Boylan and Aoife Beggs (2/56), but the home side still managed to post a hefty 323/8 by innings’ end.

Ireland’s reply was stifled by solid bowling from South Africa, led by Ayabonga Khaka who was outstanding with her 3/15 in five overs. Captain, Mary Waldron top scored with 41 from 52 deliveries, while Gaby Lewis, Boylan and Shauna Kavanagh could only manage 26, 25* and 24 runs respectively. Only the 19 runs in extras conceded came higher than that, giving the hosts food for thought as their focus shifts to the final on Sunday against India.

Tryon believes that this latest win is just the confidence boost that the team needs going into their last match against their old enemy.

“Today was a good day at the office. I was very impressed with the batting,” she said. “When an innings is set up as well as Andrie and Suné did, it’s difficult to not want to join in on the run-scoring fun and do your best to contribute in the same way. I was very happy with the intent shown by the batters, it’s good to post totals like this because it can only provide the momentum we need for when we play against India on Sunday.

“From a bowling point of view, watching the way Aya(bonga Khaka) bowled today made me really excited for the final. She and the rest of the attack showed good discipline and stuck to our game plans well. If we can play like this and take care of one or two other small things before Sunday, I’m confident we will be a force to be reckoned with.”

In the other game India completed a resounding ten wicket victory having bowled Zimbabwe out for just 98 with Veda Krishnamurthy hitting an unbeaten 50 after a pair of four wicket hauls from Deepti Sharma and  Poonam Yadav.

The final will take place at Senwes Park Stadium.