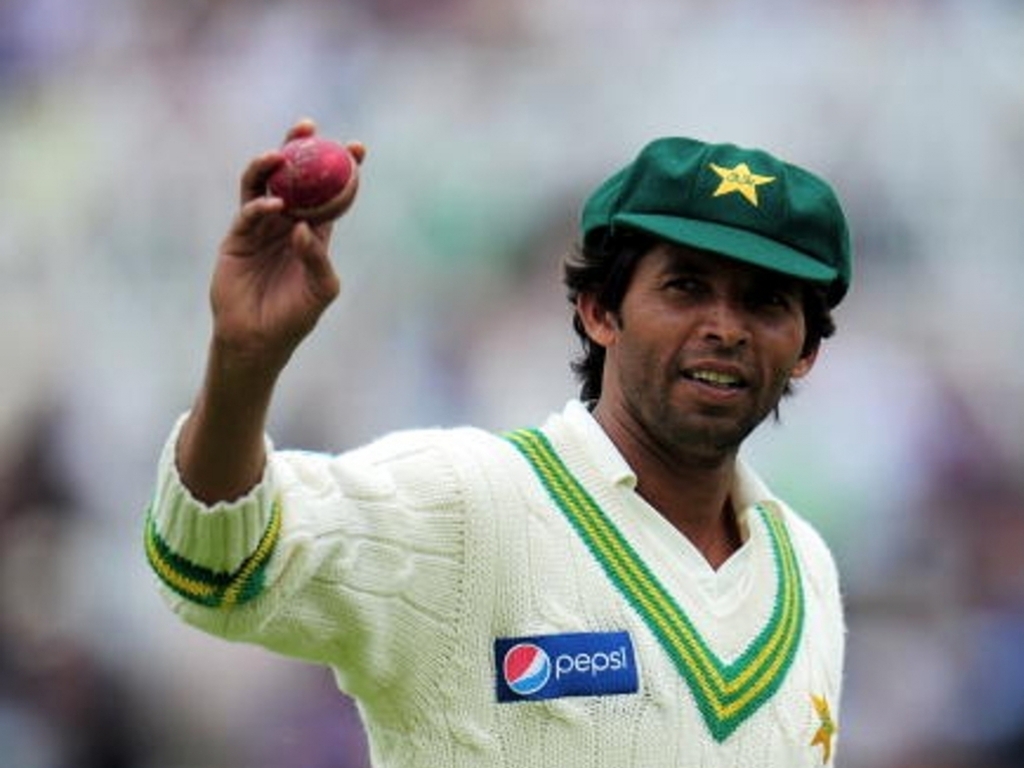 Pakistan fast bowler Mohammad Asif has gone on a bitter rant lashing out at the ICC, the PCB and the national team’s quick bowlers who he feels are nothing special.

Asif served a ban from all forms of cricket for his involvement in match-fixing and feels that the ICC may have instructed the Pakistan Cricket Board not to select him.

Asif told Dawn: “Some information to this effect recently reached me that the PCB has been asked by the ICC not to consider me for the national team selection.

“I don’t know how authentic is the info. On my part, I am playing regularly in the [domestic] season. So I definitely intend to ask the ICC if they have any reservations about me.”

He may have lost a yard or two of pace at 33-years-old but Asif feels his lack of express pace shouldn’t count against him.

He went on: “Others are not bowling from a canon….I at least bowl like them too.”

Asif and Salman Butt were handed bans at the same time as young paceman Mohammad Amir but the left-arm quick is the only one of the trio to be welcomed back into the Pakistan fold.

The feeling is that Amir was a teenager when he got involved with spot-fixing which mitigated his actions, whereas Asif and Butt should have known better.

Asif has taken 12 wickets in three matches for WAPDA in Pakistan’s domestic first class tournament and would like to be considered for national team selection.

The seamer added: “It is fine if PCB chairman Shaharyar Khan has left it to the selectors to decide when to induct Salman Butt and me, but the selectors have to be fair and should pick those who have been performing well.

“We should have been invited to the camp to show our performance but we were ignored.”

There are many who highly rate the Pakistan seam attack but Asif has labelled it ordinary.

He said: “We talk about talent…but this is all the talent that we have. I don’t think there is anything special about our pacers. It is an average sort of attack.

“To develop something special, you must work hard. And of course some have abilities which are God-gifted. I’ve played a full season now but I didn’t see anything special be it Rahat [Ali] or Imran Khan or Sohail Khan.”

The quick slammed the pitches in the UAE as too slow and feels they are harming Pakistan cricket.

He continued: “We get wickets in the UAE that favour our spinners. Yes we have won matches there and that has improved our rankings, but the truth is that playing constantly on the UAE pitches have deteriorated the standard of our cricket.

“Even Sri Lanka has better pitches compared to UAE.”

Asif felt the Pakistan batsmen were ill-equipped to deal with bounce, pace and swing in their Test series against New Zealand.

He said: “A little more bounce and swing made batting a different ball game for our players there.

“These things must be noted by the experts and the coaches as well as the PCB.

“We could face a similar situation in Australia as well though pitches there will be relatively better.

“Our pacers bowled short of length in New Zealand which was a wrong strategy. An out-of-form Ross Taylor managed to score a hundred as he was bowled loose deliveries by our pacers and he was allowed to cut and pull at will. None of our pacemen could force him to drive straight which is his weak area.”

The veteran paceman feels that Pakistan aren’t doing enough to develop talent and pointed to the example of New Zealand who nurture talent through academies.

He added: “You see New Zealand has come up with a fine team in a population of three million. We are 200 million but our batting survives in Dubai alone where there is low bounce which can easily be negotiated.

“I didn’t play cricket for five years but the PCB could not groom my replacement. They had to turn to Amir who is performing somewhat better though he didn’t get too many wickets in the recent matches.

“The reason is that he didn’t get good support from the other end. Fast bowlers often hunt in pairs but that is not happening today.”