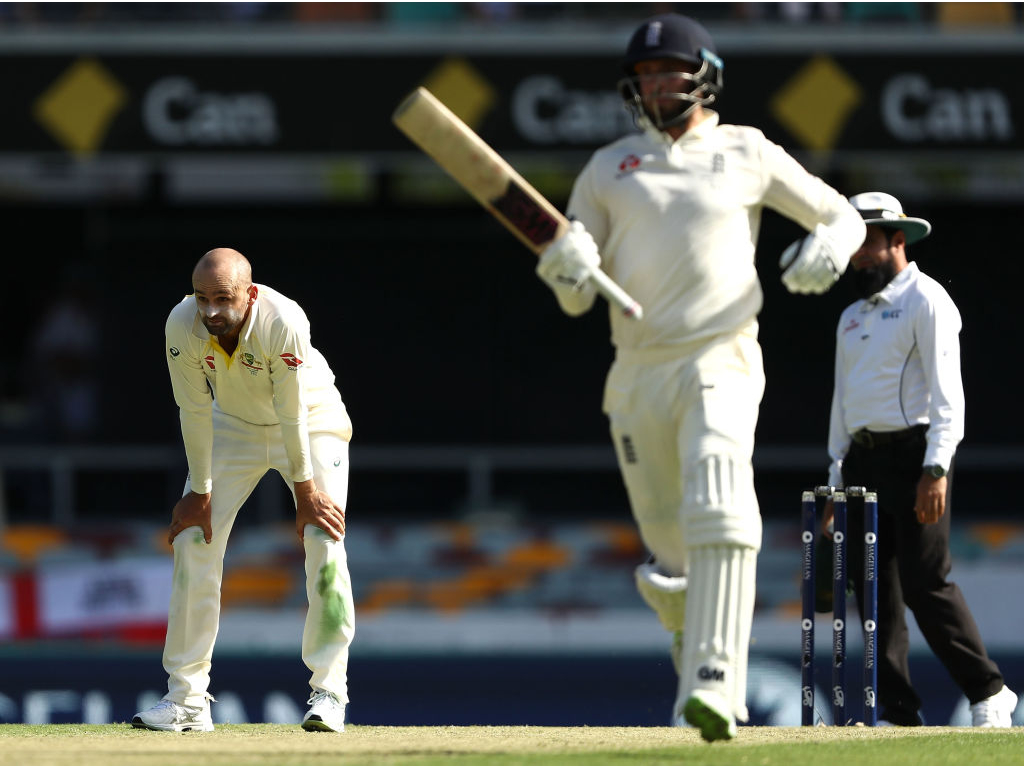 I think when it comes to the Ashes a little bit of us all likes to see England as brave lads in Johnny Foreigner Land, wearing school tie and flannels, having lovely manners, a hint of lavender water on the cheek and no fear of the midday sun. Emotionally repressed, stiff upper-lipped gentlemen to their Queen and country core.

On the other hand, we like to imagine that Australians are absolute vulgarians, belching, swearing and being frightfully rude about a chap’s mother, all the while drinking 100 pints of lager every day and growing frightfully intimidating facial hair.

And for years the Aussies traded off that notion to very successful effect, by being experts in bullying and intimidation. They were very good at it.

The latest example was spinner Nathan Lyon saying he wanted to end some England players careers and that Matt Prior was so scared, he wanted to go home. Even though this was quite tame stuff, many still thought it rather poor form and a typical example of the aggressive, unsporting Australian mentality. On the radio Jonathan Agnew was disparaging of such comments, casting them as very regretful and not the sort of thing any sportsman worth his salt should be saying.

Prior responded thus: “I sincerely hope you’re not part of a losing team on home soil. I still remember being sat on the outfield at the SCG after winning 3-1 while your press and fans were tearing into the Oz players. You want to end careers? Just make sure it’s not yours that ends.”
At which point presumably everyone went “oooooh” and drew their handbags up to their chest in a somewhat camp manner.

In the 16-year stretch from 1989 to 2005 when Australia won eight series consecutively, it was exactly this sort of aggressive no-nonsense Aussie attitude which was often stated as being one of their great assets. They could bully England. They were winners and would do whatever it took to win. Whereas England were still gents following the maxim of Sir Pelham Warner (nickname Plum, as you might expect), the tour manager in 1932, who said that cricket “has become a synonym for all that is true and honest. To say ‘that is not cricket’ implies something underhand, something not in keeping with the best ideals”.

To which many an Aussie would have replied “you’re a total drongo Plum” before intimately inserting a boomerang into him, tying him naked to a lamppost and putting a wombat on his head.

But since 2005 England have won five of seven series. So have the Aussie days of being able to intimidate England on and off the pitch gone forever, or are they just no good at it any more? That doesn’t seem likely. I think a bigger change has happened. A deeper more profound one – one that not even a Heart bingo promo code could help.

What is striking about Lyon’s rather pitiful old-school Aussie words are actually how old-fashioned they now seem. Part of a gone world. A world where abuse was acceptable in sport and in society and you could pretty much do or say anything with impunity, no matter how vile or nasty. But no-one thinks that’s right any more. Those days are over, even if Lyon, like so many who are slow to spot change, doesn’t grasp it yet. Once words have been detoxified, the speaker looks hapless, stranded in the past not even realising they’re out of fashion and out of time.

Prior’s response was the more modern one. Measured and polite and classically English passive-aggressive. It left Lyon’s “oooh you’re scared” comments looking juvenile. It made Lyon look like the weak one who was resorting to trash talk of ending careers because he didn’t trust in his own ability to win. Whereas once we might have feared for England’s mentality under such pressure, it just no longer seems an important or effective way to go about trying to win. It’s like in football when you see a manager encouraging a player to stick the boot in like it’s still 1985, unappreciative of the fact that quicker minds and better skill beats physicality almost every time, and that only idiots think trying to bully the opposition is a good tactic.

In the 90s it seemed like Australia was forever the alpha to England’s beta male and had the whip hand when it came to psychology. They knew how to psyche England out, knew what to say to get under their skin and undermine their confidence.

But tImes have changed and culture has changed. Where once sledging made you look aggressively dominant, now it just makes you look out of date and a little moronic and in 2017, it really just isn’t cricket. Plum would be delighted.